We visited with Irene and the Porter’s before heading to South Coast Plaza to see Walt Disney’s “Newsies” which was about the newspaper boys strike on 1899.

We first stopped at Season’s 52 so Paul could have his trout!  As usual, fantastic!

While the dancing was excellent, it was not for us as it was hard to hear the “dialogue” which was buried in the live music.  We need to stick to musicals like “Oklahoma”. 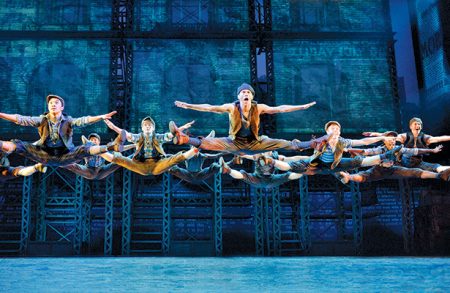 Great dancing… Singing not to much (unless you have excellent hearing)

After the musical was over we went to the Center Club for a drink and stalled until 6:00 at which time we headed for Mile Square Park and the Starlighter’s Semi-Formal Memorial Day Dance.

A few steps from the OC Performing Arts Center

The Starlighter’s dance was super..  We stayed until 9:30 before heading for home. 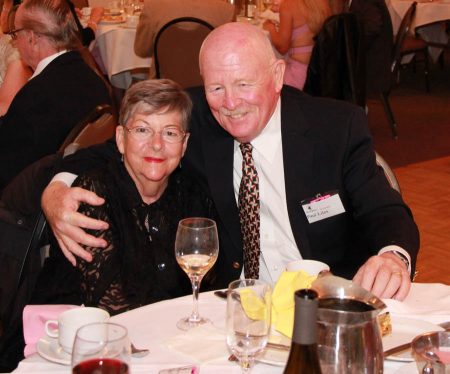 Here we are… We danced several times before Paul pooped out!

We really missed Holly and Bill Henche after spending the weekend around them at the Avalon Ball!

Just an old retired guy trying to finish out my last years on this planet. I lost my best friend and wife in early 2020. I was blessed again by reconnecting with Dr. Mary Côté, a long-time friend. Mary and I got married July 28th, 2021, and are enjoying life together and plan to spend the rest of our lives being a blessing to our friends and family.
View all posts by Paul →
This entry was posted in Dancing, Food and Wine, Friends, Fun, Theater and tagged Dancing, Dining Out, Friends, Starlighters, Wine. Bookmark the permalink.