Made It All The Way To Sunday!

This is not the life I pictured, but here I am. I can still make something beautiful. Grieve. Breathe. Begin again. – Thema Bryant-Davis

Sue made her 50th High School reunion in 2019 and is pictured with Brad and Susie-Q, our beautiful and musical friends.  She enjoyed the event even though I had to talk her into going, you know ow, never bring attention to herself.  Well, we pulled off a great coo.  We offered the band to play for the event knowing full well they played “dance music,” so Sue and I tripped the light fantastic all evening long.

I remember she was not doing that well on that specific evening, but no one would have ever known as she put on her brave face and greeted everybody, even a couple of old “boyfriends” from a long time ago.

Sue was just marvelous, and her memory and recollection of events dating to high school were crystal clear.  She told stories and reunited with many.  I wished her Mom could have been there to hear about the cigarettes and her mother’s sweater.  Ask me sometime. I will tell you.  I love you, dear one with all my heart! 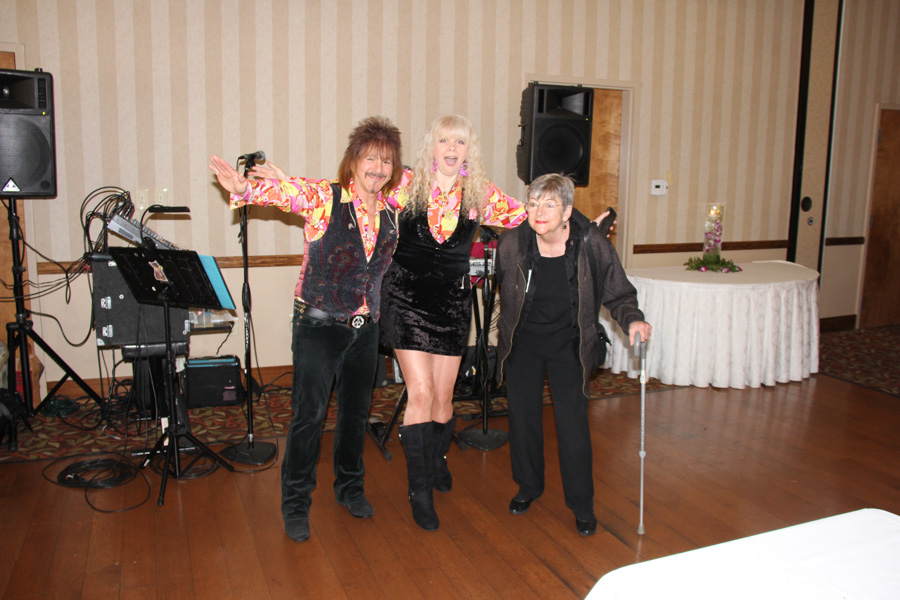 OK, first things first! Cleanup.  I went through the front yard and did another scrub down and condensing of the tool/supply footprint.  We are beginning to return to normal. 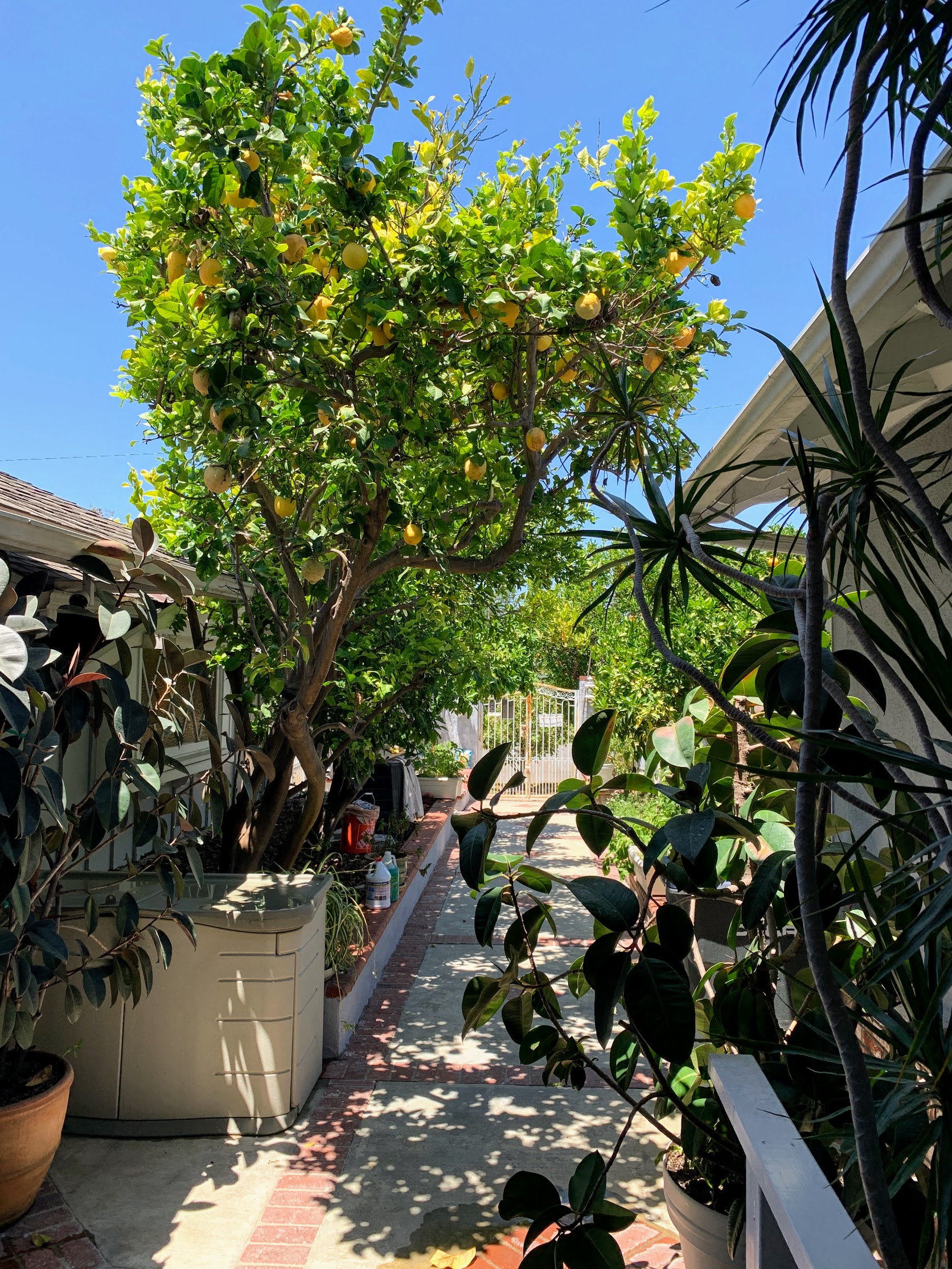 Vinegar takes away the old dust and somewhat restores the brick finish.

Then I cleaned up after that guy who lives here, but I never see!  He just leaves things lying around, and I am continually picking up after him. 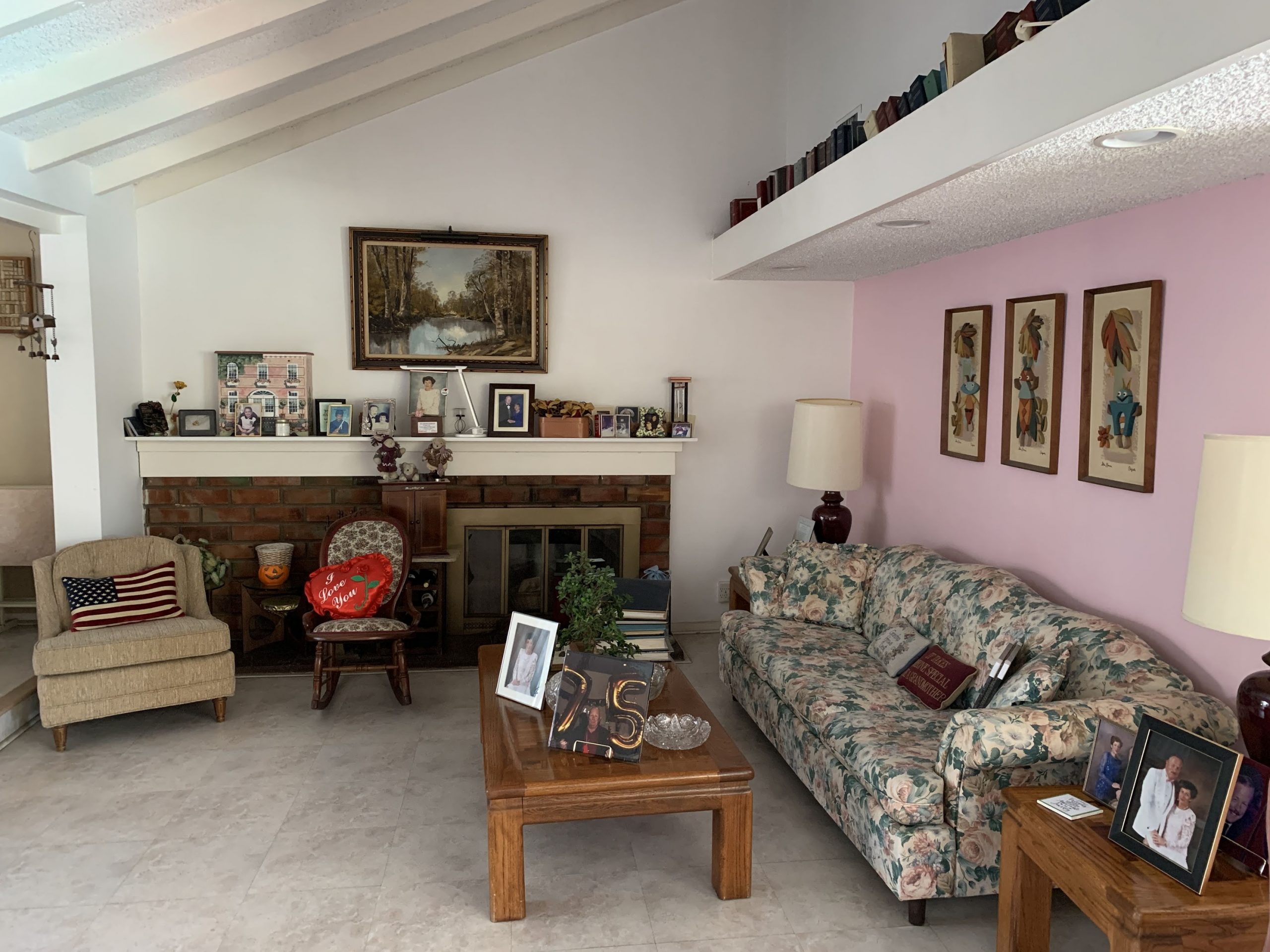 Sue watches everything going on from many vantage points.

Then I returned to the kitchen, and I heard the faint sound of someone saying, “Eat me!”.  It was the eggs and sausage appearing away.  I made them happy and fired up the big skillet using the mighty stovetop. Flames were whipping around the skillet shooting into the air as it turned a bright red indicated it was time for bacon!!

Sizzle, crackle, frizzle, sputter, hiss, and spit the bacon rendered itself to the heat.  Once it was underway, the sausage hit the pan with another audible outburst!  After a few minutes, I attempted two eggs, but alas, my uncoordinated hands sent the egg container crashing to the floor.  All six eggs broke, some worse than Humpty-Dumpty.  I was able to save two eggs, and that became breakfast.

After breakfast, I checked my email, and Iris sent a note from her Sunday morning outing at the Newport American Legion. I thought it would be fun to share the pictures. 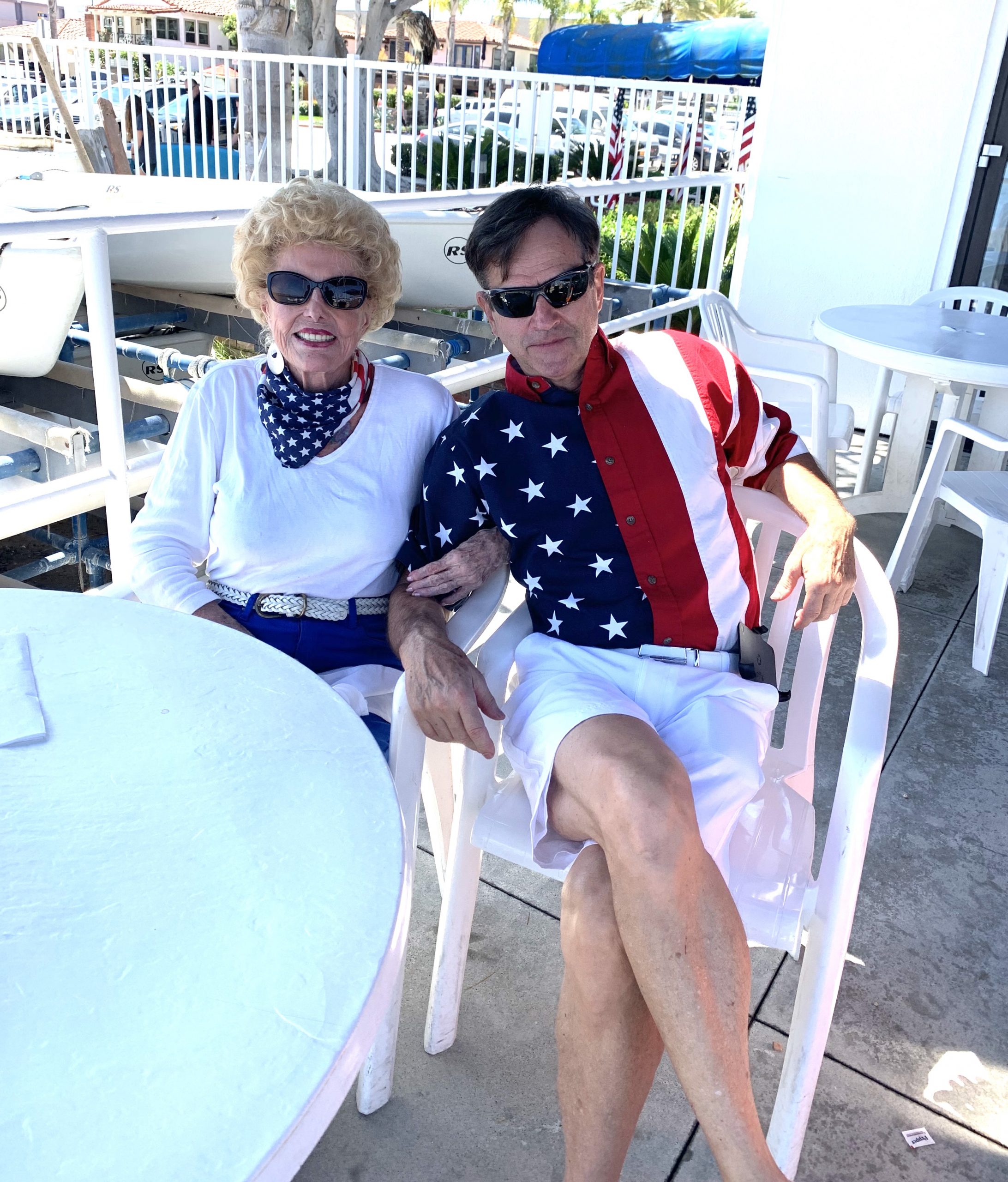 A beautiful day on the patio!

Iris has this “great” idea to cool off, then reality sets in when they find themselves miles from shore!! 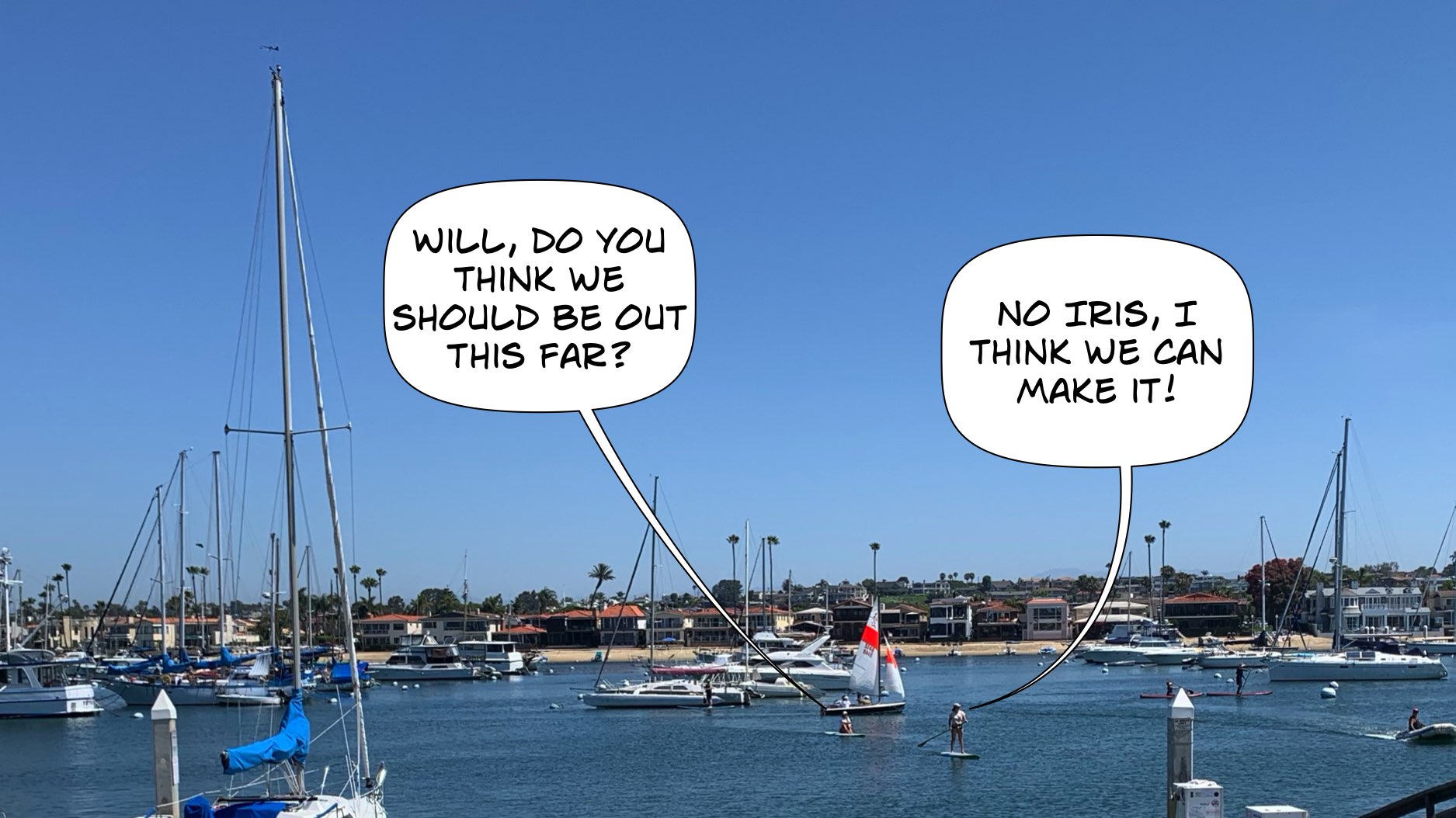 I worked in the kitchen for a while before cleaning up and getting ready for Connor and Kerrick to come by and visit.  They loved the new bathroom, and we sat for a half-hour before leaving for CPK. 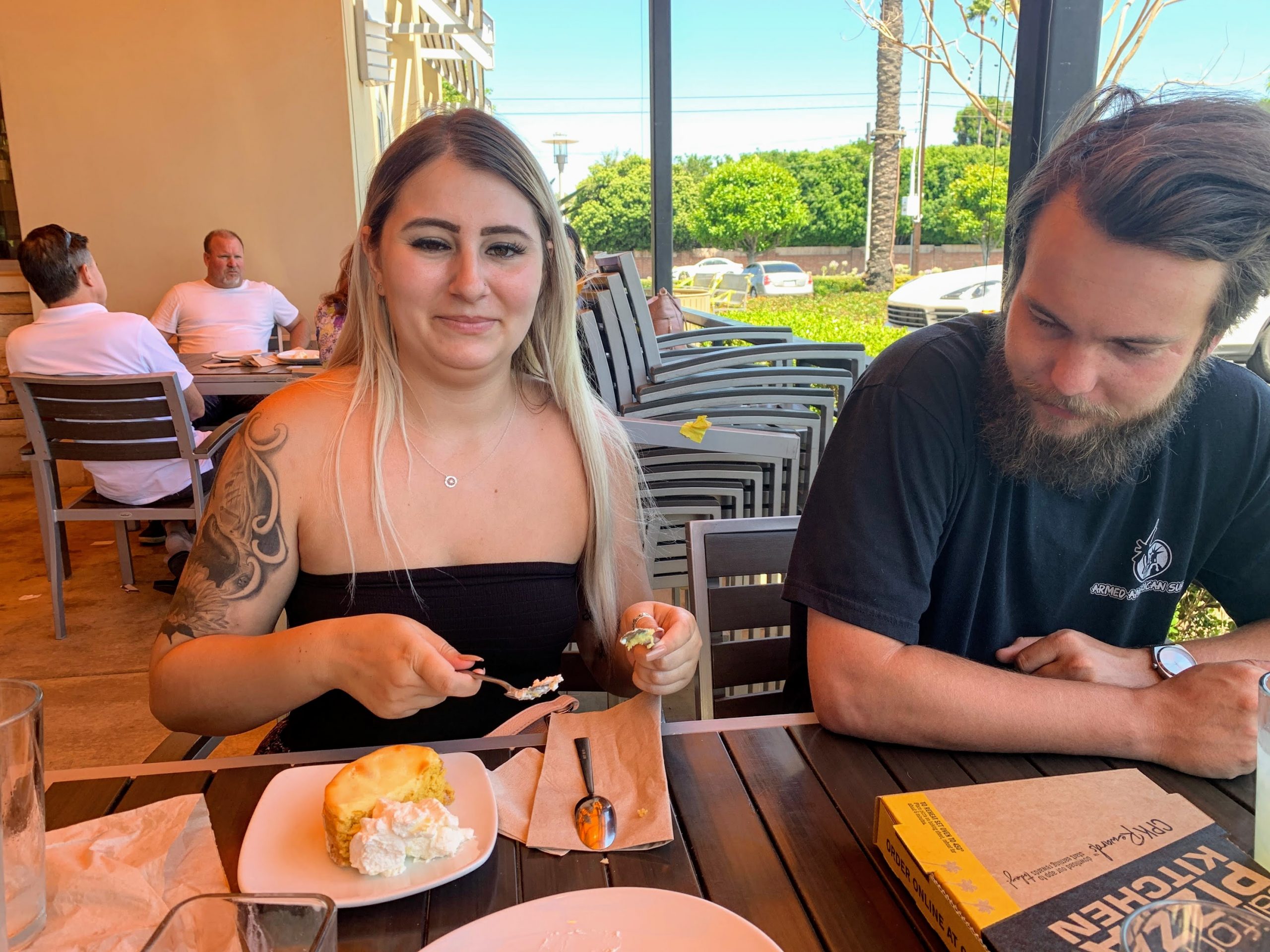 Kerrick had to have her dessert, or she would be grumpy. We shared!

It was an enjoyable visit. 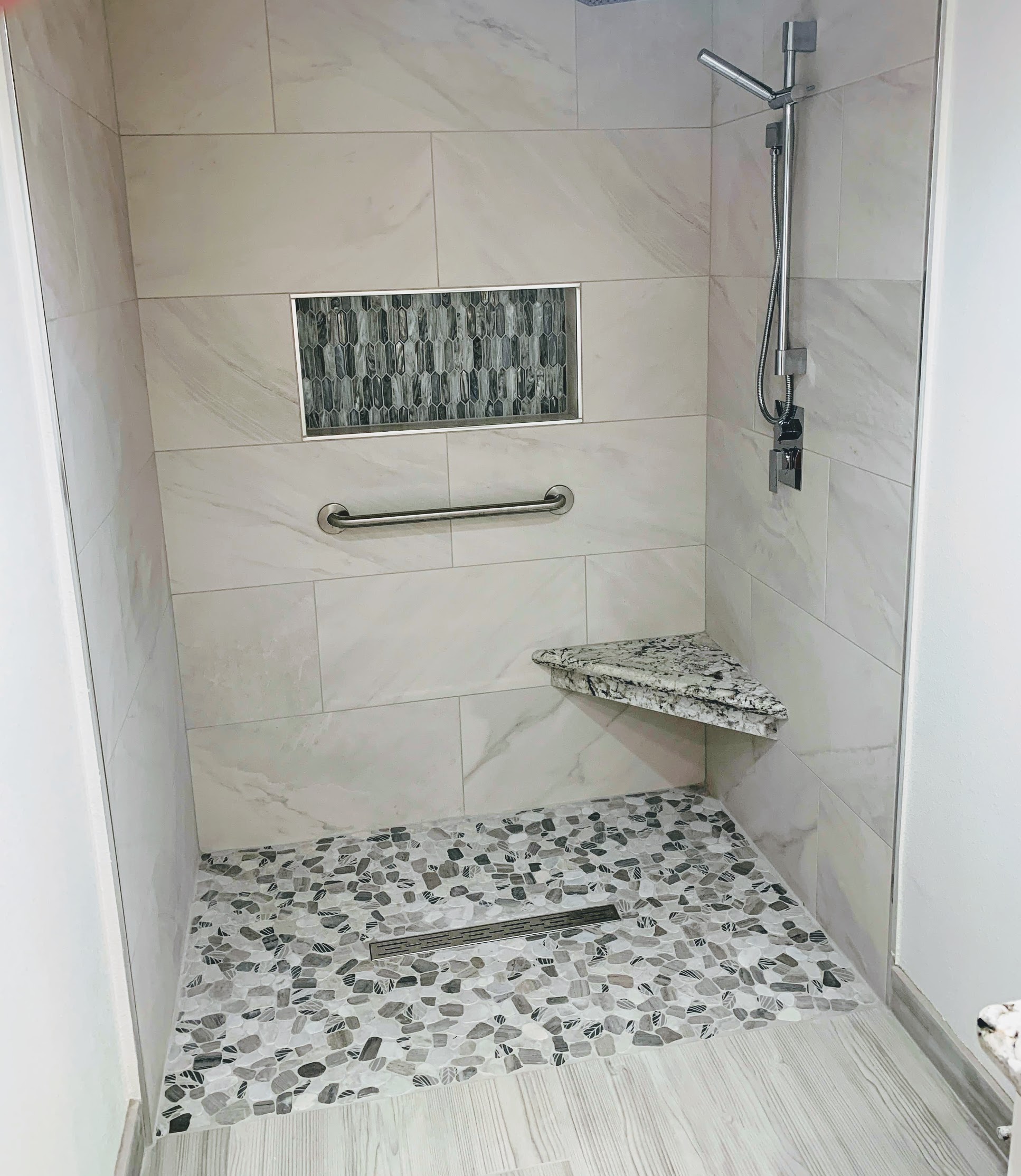 The shower now awaits the arrival of the glass.

We decided to order a different faucet for the sink as the old open did not match.  It was round, and the new motif is square.    I would have never seen it, but thanks to Bob’s good eye, we will have the sink faucet on Thursday! 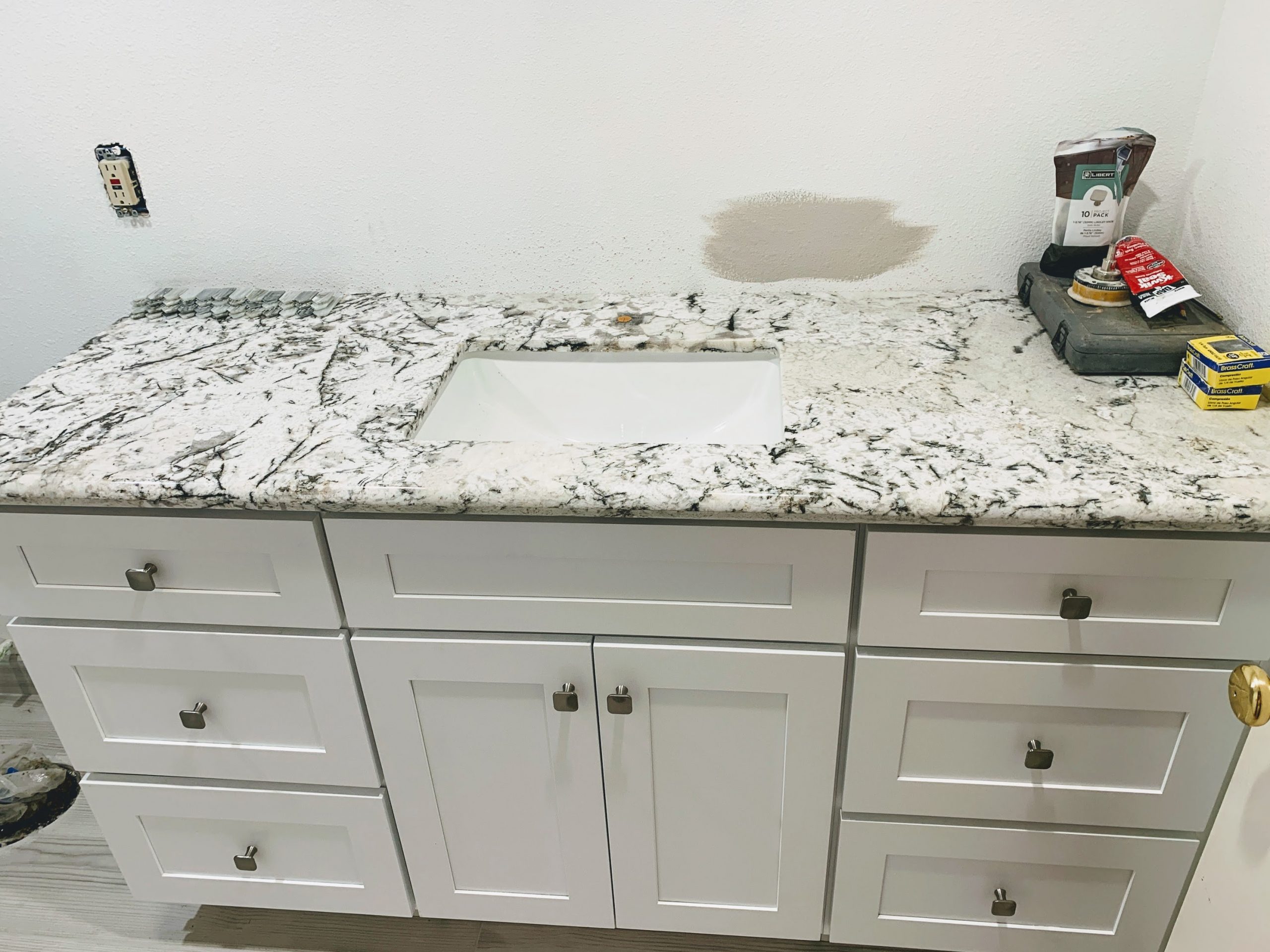 The backsplash was selected, and new sink hardware arrives Thursday.

Greg dropped by, and I bought him an iced tea.  He, Bob, and I talked for nearly 45 minutes about “stuff.”  Loads of fun.

By 9:30 PM, I was getting ready for bed.  I thought a lot about Sue and why I want to stay in the house, we shared.  I see her everywhere, and I like seeing her!  I want to re-enforce those memories, so I am staying put and plan to do more upgrades to the place over the next six months.  Granite countertops, ceramic tile flooring in the kitchen and bathrooms.  Solar power and a lot of other stuff I was holding back on. 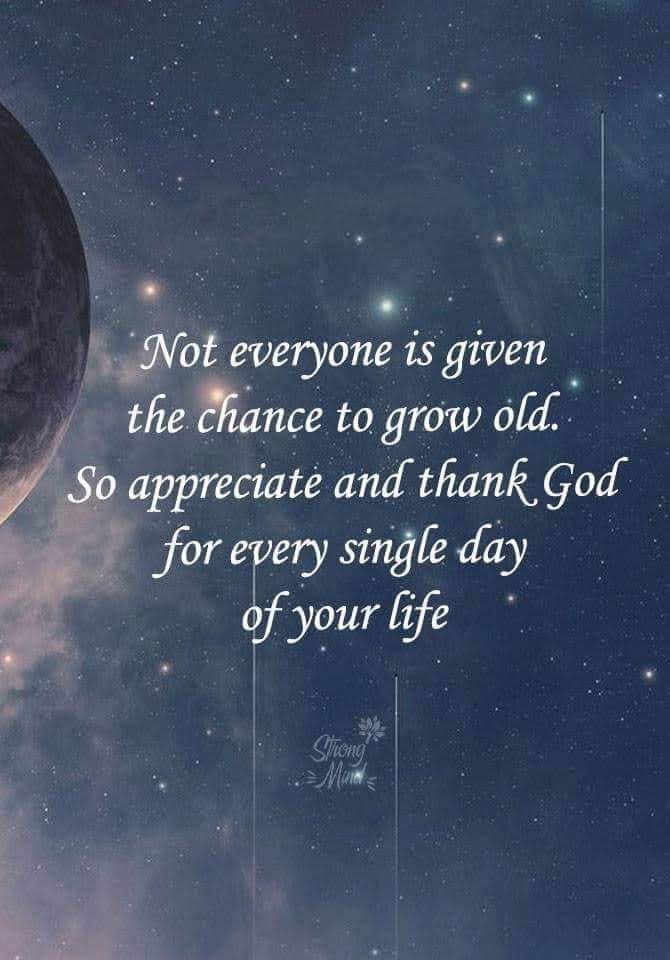 Just an old retired guy trying to finish out my last years on this planet loving my best friend and wife, having fun, learning, and passing on helpful things to others.
View all posts by Paul →
This entry was posted in Dining Out, Family, Friends, Working Around House. Bookmark the permalink.
Powered by Maribol IMDB Plugin