Time To Dance (Not A Rain Dance!)

A mushroom walked into a dance club and asked this girl to dance. She replied, “Are you kidding? You are a mushroom!” And the mushroom replied, “Oh come on. I am a FUN GUY!”

It’s Friday and time to walk! The rain is gone but the leaves are not! The sidewalk was soft, like a golden carpet!

I was going to do to Ralph’s but alas, the leg was giving me fit so I went to the closer market, Sprouts. That was fine since I was after blueberries.

Returning home, I again attacked the wall outside sconces to see why two out of the sixteen did not light and I finally gave up… the wiring down inside the conduit must have got wet and who knows… The voltage measurements were all wacko! I am going to attack it again in two weeks and see what happens…until then, the fourteen remaining lights can to the job!

In the office, I continued working on income taxes as I want to be ready to go as soon as we have the 1099’s. I needed some help, so I turned to my friends, Amos N’ Andy, for some expert advice! Enjoy!

Random Memories:  My father had many “nicknames” for me and one of my favorites, I know not why, was Ish Kabibble!  Dad must have heard it after listening to Kaye Kayser? 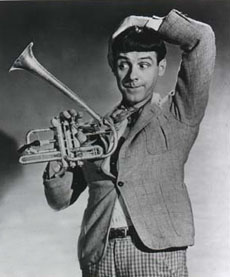 Kabibble’s distinctive black hair in a bowl cut, similar to that used by Three Stooges member Moe Howard, is said to have been an inspiration for the hairstyle worn by Jim Carrey’s character in Dumb and Dumber.[citation needed] The name “Ish Kabbible” was used for a hoax student supposedly enrolled at Princeton University in the 1950s.

The academic society known as The International Society for History, Philosophy, and Social Studies of Biology goes by the acronym ISHPSSB, but the abbreviation is commonly pronounced ?ishkabibble? at the suggestion of David Hull, as an homage to Bogue.

We watched a little TV in the afternoon and then headed to the Petroleum Club for a Toppers Dance Club event. Great fun with great people…we visit, dance, dine, visit dance all evening…and what is funny, some of us did this last night at the Phoenix Club also!

Bob & Donna, Mike & Bridgette, Leon & Marsha…they just make every moment special. We laugh until we hurt! Then we laugh some more. Mike told us about the first time he and his son went out for a pint…many moon’s ago. As the story goes…

“Off we went to our local pub which is only two blocks from the house.

I got him a Guinness. He didn’t like it, so I drank it.

Then I got him a Stroh’s, he didn’t like that either, so I drank it.

It was the same with the Molson’s and the Labatt’s.

I thought maybe he’d like whiskey better than beer so we tried a few of those. He didn’t like that either.

By the time I decided he just didn’t like to drink I could hardly push the stroller back home.”

After arriving home, we watched Lucifer and had our tookies…it was a two-parter tonight so we had to stay up until midnight and finish it off! Then comes the work… I had to download 200+ pictures from three cameras, go through them and get them ready to publish on the Toppers Dance Club Website.

Just an old retired guy trying to finish out my last years on this planet. I lost my best friend and wife in early 2020. I am involved seriously with a long-time friend, Mary, and life goes on.
View all posts by Paul →
This entry was posted in Dancing, Food and Wine, Friends and tagged Dancing, Toppers. Bookmark the permalink.