It Be Thursday And That Is Dancing Night 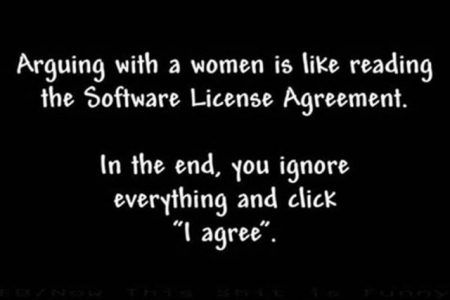 Paul did the morning walk and it was most interesting!  It’s now after Halloween but there still are some “remains” to be seen.  Today was 7,000+ steps and Paul walked a 23 minute mile – Not too fast but continuous! 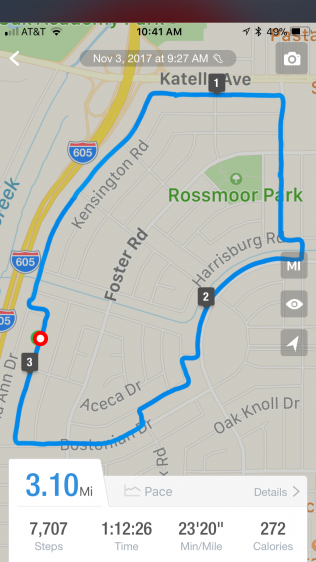 The leaves are turning rapidly these days… Pretty soon the street will be loaded with leaves! Who needs the east coast when we have several trees right in the neighborhood? 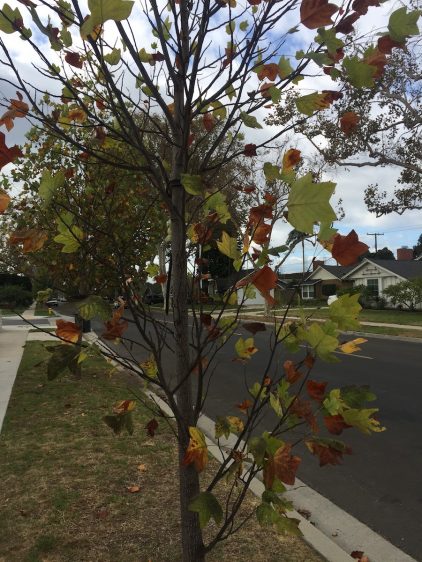 Trees are turning golden before dropping

The sun came out and so did Mother Nature… Just plain pretty!  The sky was interesting, sometimes threatening and then twenty minutes last, blue!  Odd weather! 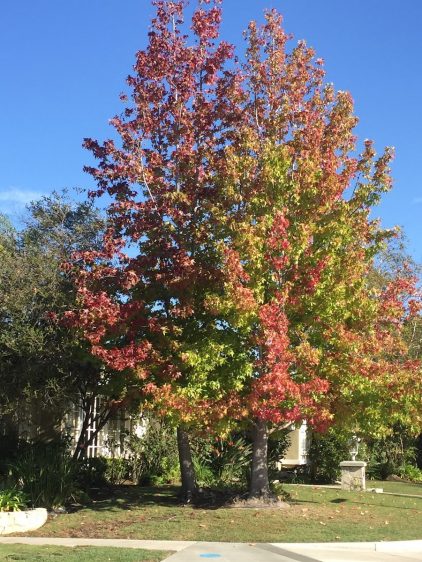 Beautiful colors make for a dramatic setting against the blue sky!

The police cars were lined up so Paul took a peek!  Oops, not really!  We say some “remains” left over from Halloween! Looked pretty real! 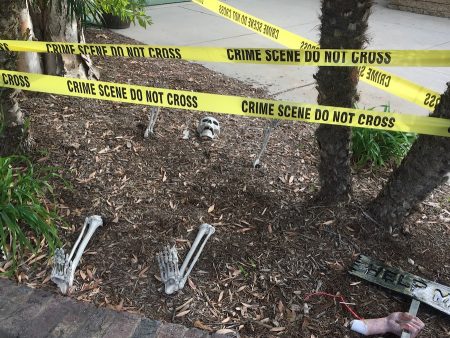 Paul did more gardening in the afternoon, planting the little veggies and spreading the straw mulch!

Off to the Phoenix Club for an evening of dancing and cavorting!  We had ninety people there tonight… Great fun!  It was USO night! 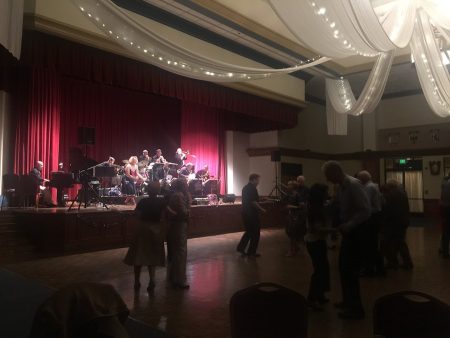 Dancing at the Phoenix Club with Nine Carat Gold!

Did You Know? riends (stylized as F•R•I•E•N•D•S) is an American television sitcom, created by David Crane and Marta Kauffman, which aired on NBC from September 22, 1994, to May 6, 2004, lasting ten seasons. With an ensemble cast starring Jennifer Aniston, Courteney Cox, Lisa Kudrow, Matt LeBlanc, Matthew Perry and David Schwimmer, the show revolves around six 20-30 something friends living in Manhattan.

Just an old retired guy trying to finish out my last years on this planet loving my best friend and wife, having fun, learning, and passing on helpful things to others.
View all posts by Paul →
This entry was posted in Dancing, Food and Wine, Friends, Gardening and tagged Dancing, Friends, Gardens, Phoenix Club. Bookmark the permalink.
Powered by Maribol IMDB Plugin