Wednesday And We Must Be Gone!

Rise and shine, or, at least, rise!  We worked around the house today until it was time to leave and let the cleaning folks do their job.  Adrianna has been doing our home for ten years and she is wonderful!  We drove to Huntington Beach as Paul had a dentist appointment.

We got their early and decided to have a drink.  We drove down Main Street and looked for a likely hangout.  We parked at the dentists office and wheel chaired  around the corner discovering the MAin Street Wine Company! Good find! 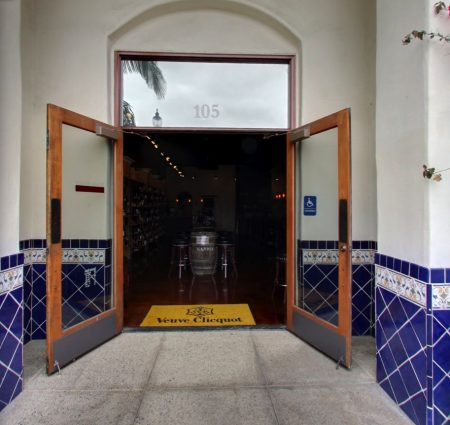 Come on in… The wine is fine!

We talked to the owner, a retired Police Captain, and even bought three bottles of wine.  One bottle went to our dentists receptionist.  The doc, a WONDERFUL man, is Mormon so we will have to bring him Welch’s grape juice next time! 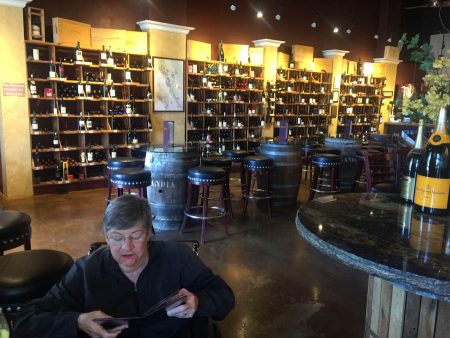 Super selection of wines!  Paul did the Rombauer Flight which was outstanding!  We texted Marianne because of the Rombauer label… She loves their products. 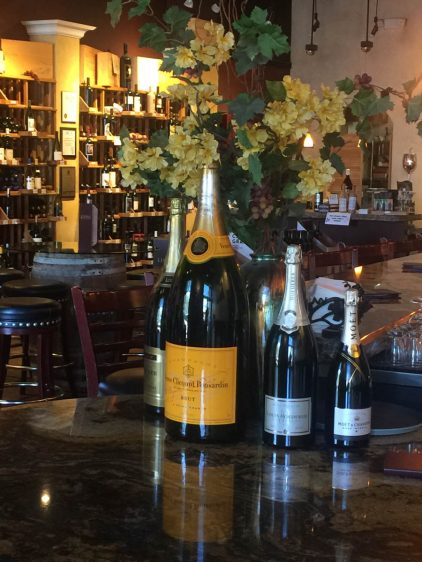 We went to the dentist and he decided he could not fill the broken filling today as it will take almost 90 minutes, so, we have to come back… Darn the luck, will have to stop at the Main Street Wine Company again!

From here we went VFR to Old Ranch.  The ladies “Nine and Wine” were just coming in so we sat in the dining room… Too much cackling in the lounge for us.  We had one glass of wine and then talked to the F&B Manager for a while.

Off to the scene of the crime… Kobe Steakhouse which is a long block away!

Manny greeted us asking how Sue is recovering from her fall. He fixed some special sushi plates for Paul.

Manny knows Paul enjoys spicy so he whipped up a crab meat surprise!  The jalapeno’s were perfect! 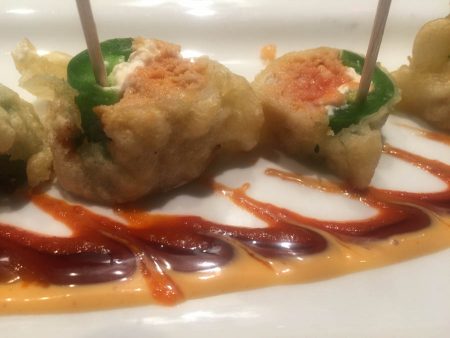 Special for Paul – See the jalapenos?

From the belly of the beast… These pieces were amazingly tender! 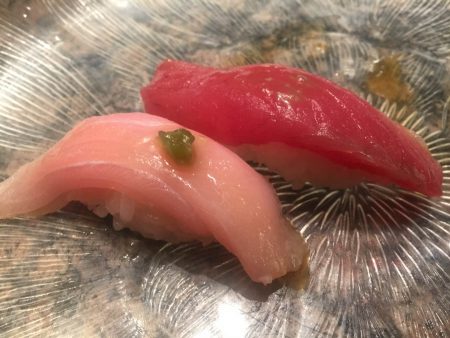 So smooth… Like dining on a piece of heaven

Paul had never tried “The Kobe” roll so he selected it this evening.  It was quite amazing! 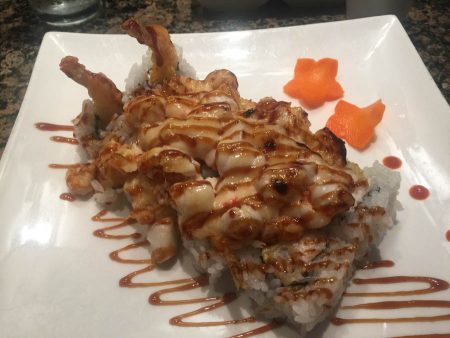 The “Kobe” – Tiny shrimp and shallots over several rice rolls with cream cheese!

The next selection was Red Snapper Carpaccio or “raw” red snapper.  Delightful change to the octopus carpaccio.

Did You Know? Northern red snapper are a prized food fish, caught commercially, as well as recreationally. It is used in Vietnamese canh chua (“Sour soup”). Red snapper is the most commonly caught snapper in the continental USA (almost 50% of the total catch), with similar species being more common elsewhere. They eat almost anything, but prefer small fish and crustaceans. They can be caught on both live and cut bait, and also take artificial lures, but with less vigor. They are commonly caught up to 4.5 kg (10 lb) and 510 mm (20 in) in length. 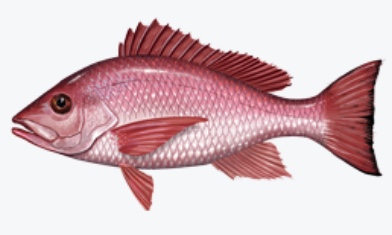 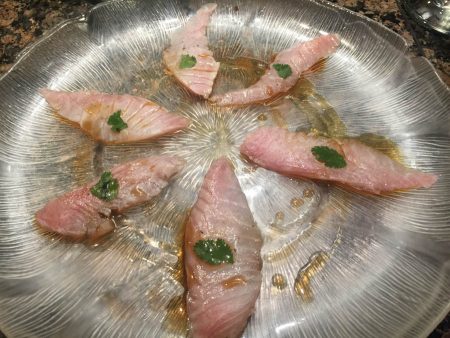 We headed home at 8:00 PM to watch a mystery, some Columbo, and a couple episodes of Cheers.

Did You Know? Columbo is an American television series starring Peter Falk as Columbo, a homicide detective with the Los Angeles Police Department. The character and show, created by Richard Levinson and William Link, popularized the inverted detective story format, which begins by showing the commission of the crime and its perpetrator; the series therefore has no “whodunit” element. The plot revolves around how a perpetrator whose identity is already known to the audience will finally be caught and exposed (which the show’s writers called a “howcatchem,” rather than a “whodunit”).

Just an old retired guy trying to finish out my last years on this planet. I lost my best friend and wife in early 2020. I am involved seriously with a long-time friend, Mary, and life goes on.
View all posts by Paul →
This entry was posted in Food and Wine, Uncategorized and tagged Dining Out, Old Ranch, Romance, Wine. Bookmark the permalink.