From how high can you drop an egg onto a concrete floor without breaking it? Higher than you would think, the structural integrity of a well laid concrete floor renders it virtually indestructible towards an incoming egg, even at terminal velocity.

We woke up early to loud noises.  What is going on?  Sounds like a cement truck!  Dang, it was!  The cement truck and pumper were outside the driveway and getting ready to pour. 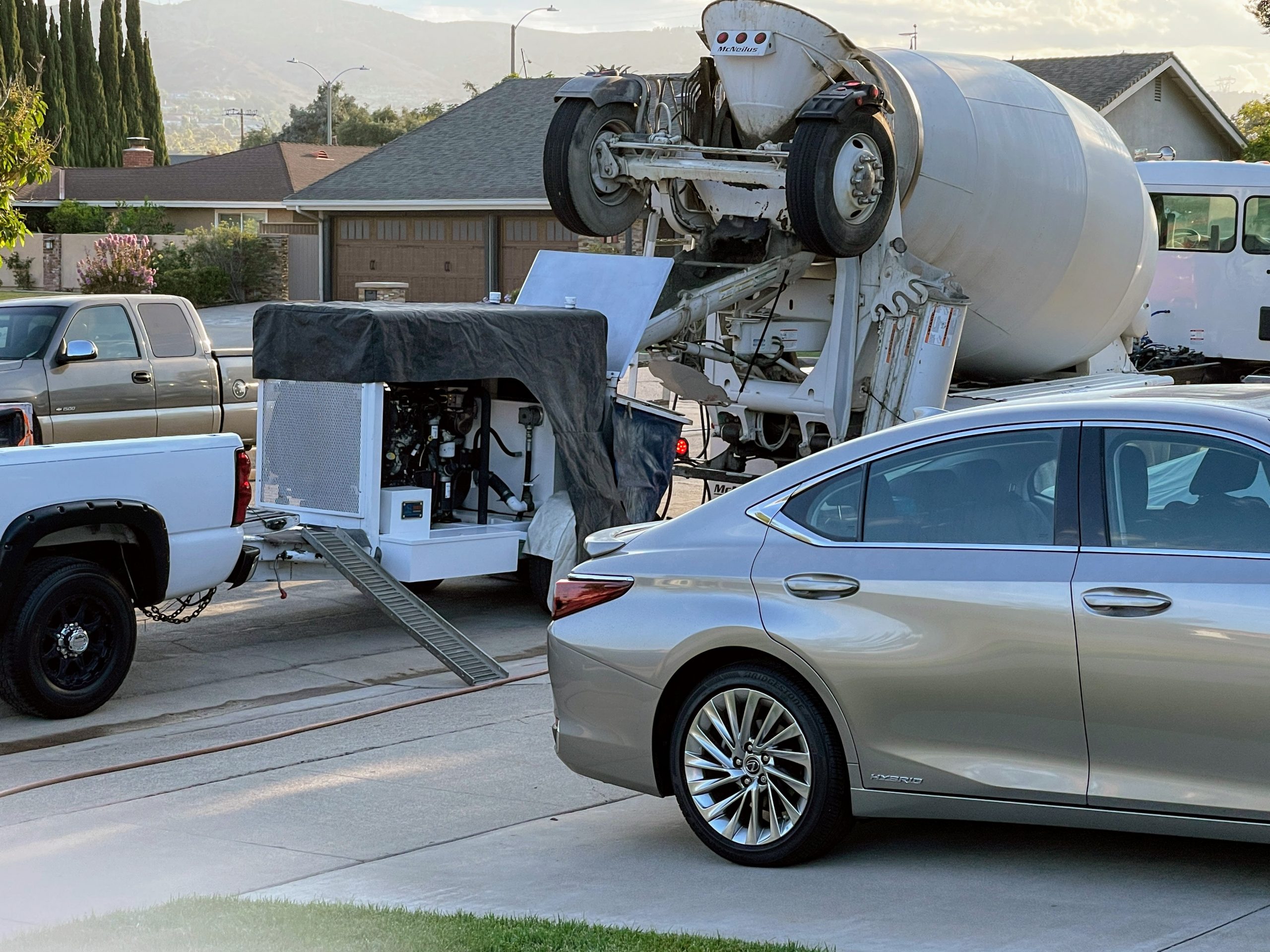 The pumper started up and it sounded like a diesel eighteen wheeler.  The pumper even had its leather cover over the machinery.  These little guys are about $800 to rent! 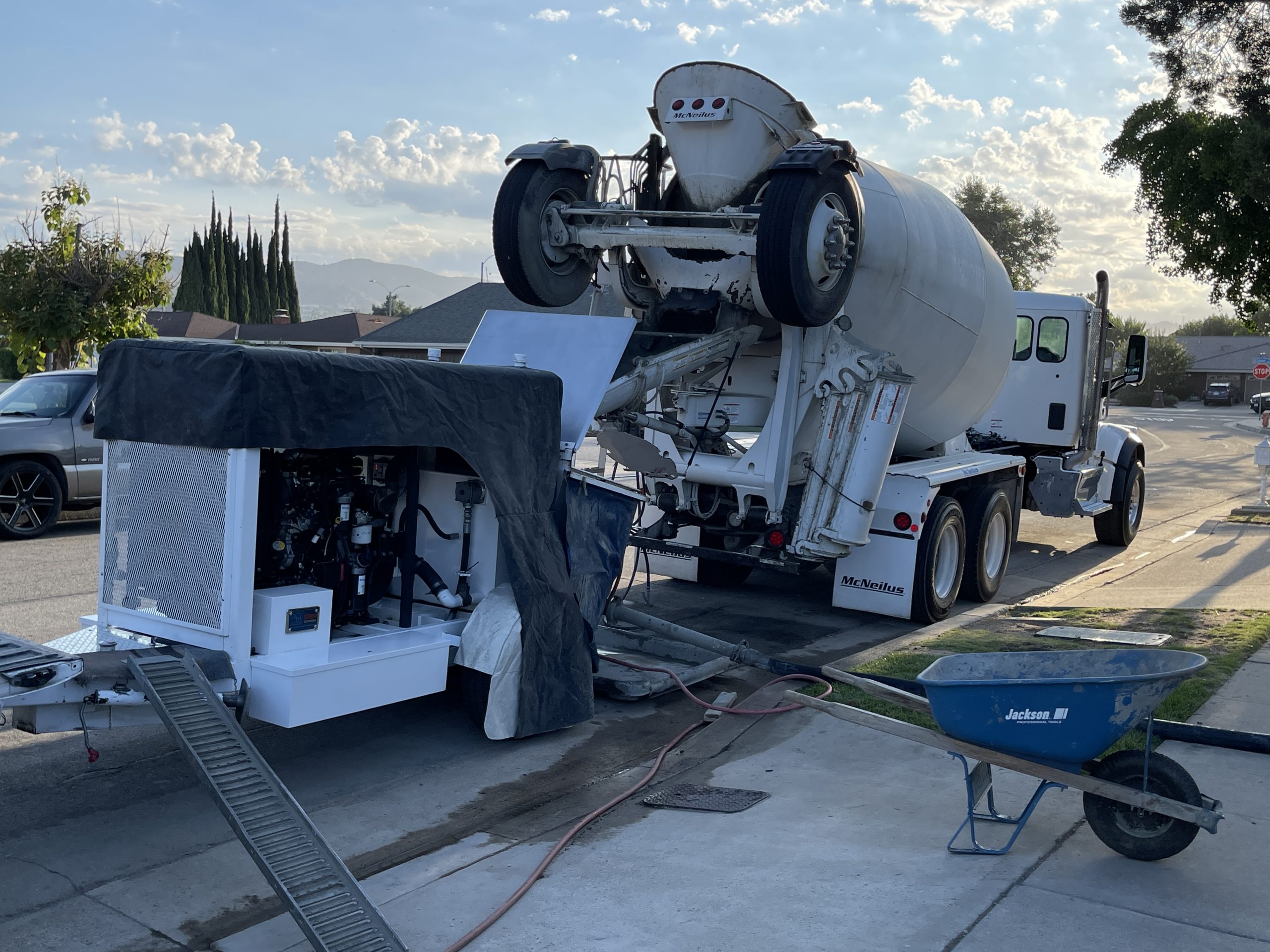 Pumping the concrete 140 feet to the back yard.

They had to pump the concrete about 160 feel from the curb to the back yard.  It would take a load of people to move that mush concrete that quickly! 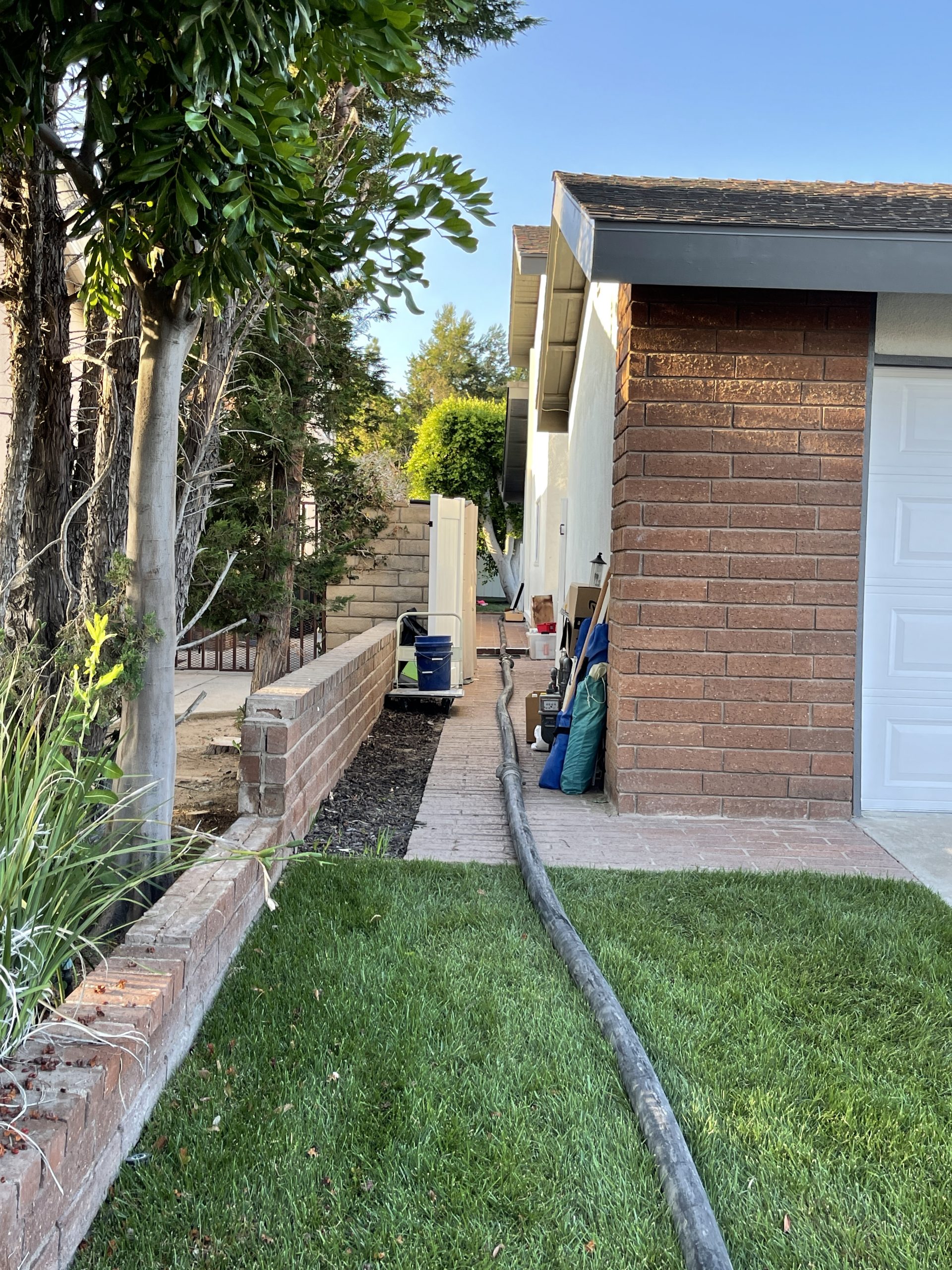 Meanwhile in the back yard the guys were busy pouring into the forms.  I was impressed with their teamwork. Mary watched all the activities.  While she was watching I asked her, “What Do Fish Say When They Hit a Concrete Wall?”  Then I told her, “Dam!”

Then, to add insult to injury, I asked Mary, “What happened to the escaped convict who fell into a pool of concrete?  He became a hardened criminal.” 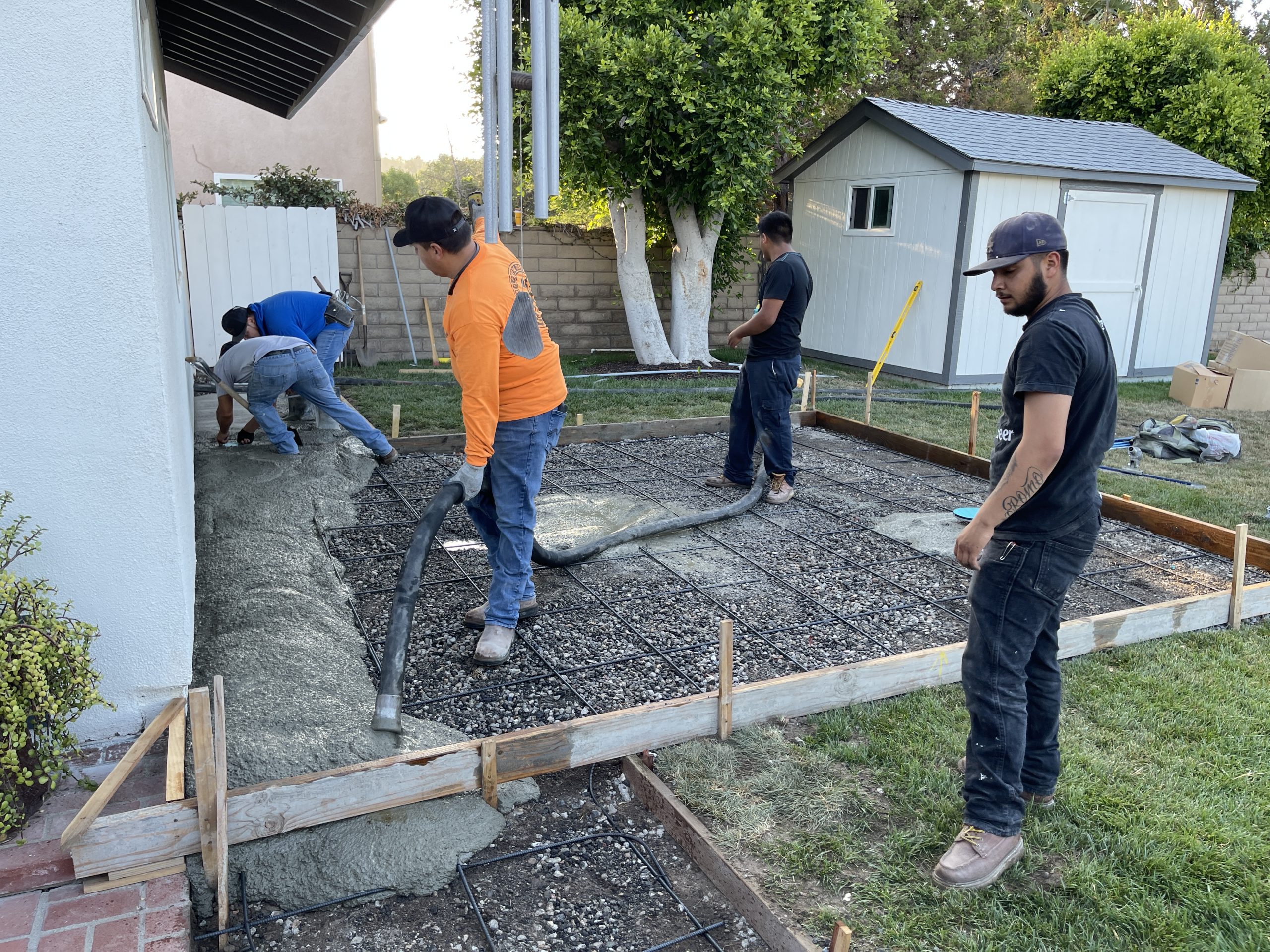 The work went quickly as they wanted the pumper and concrete mixer to get busy with other jobs. 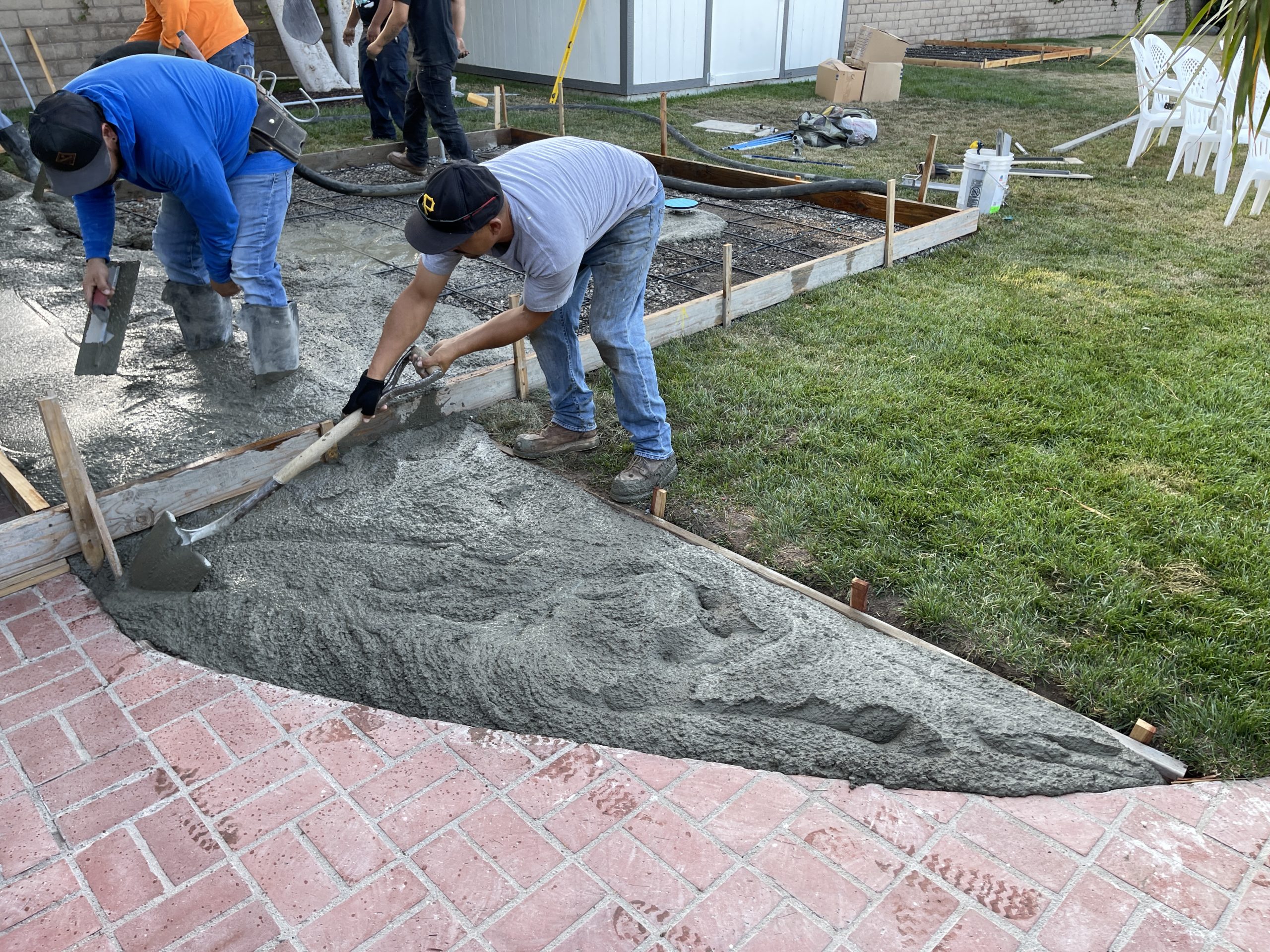 To accommodate the yard height. 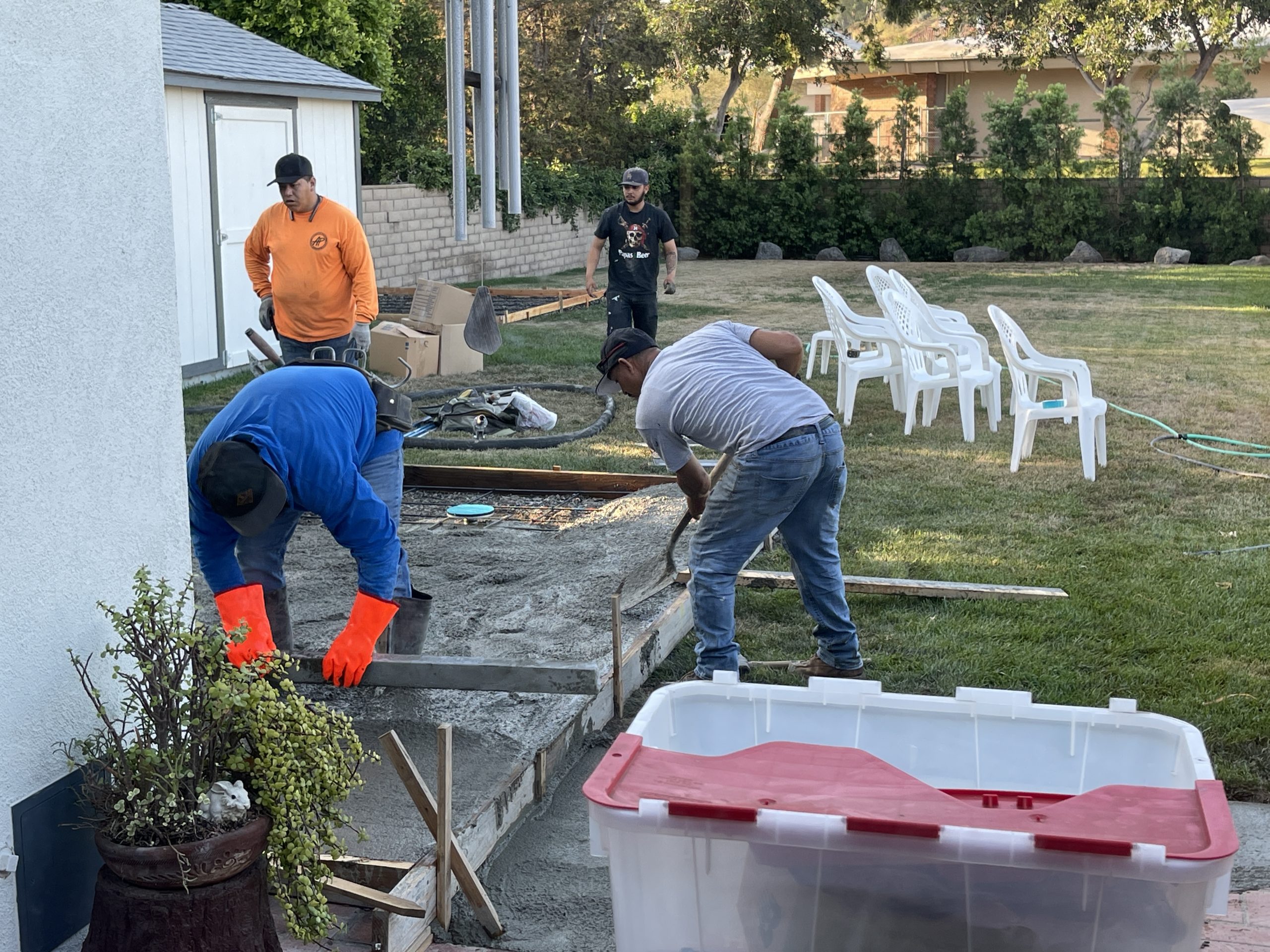 The finishers worked for two hours smoothing and leveling the concrete.  It really looks good. 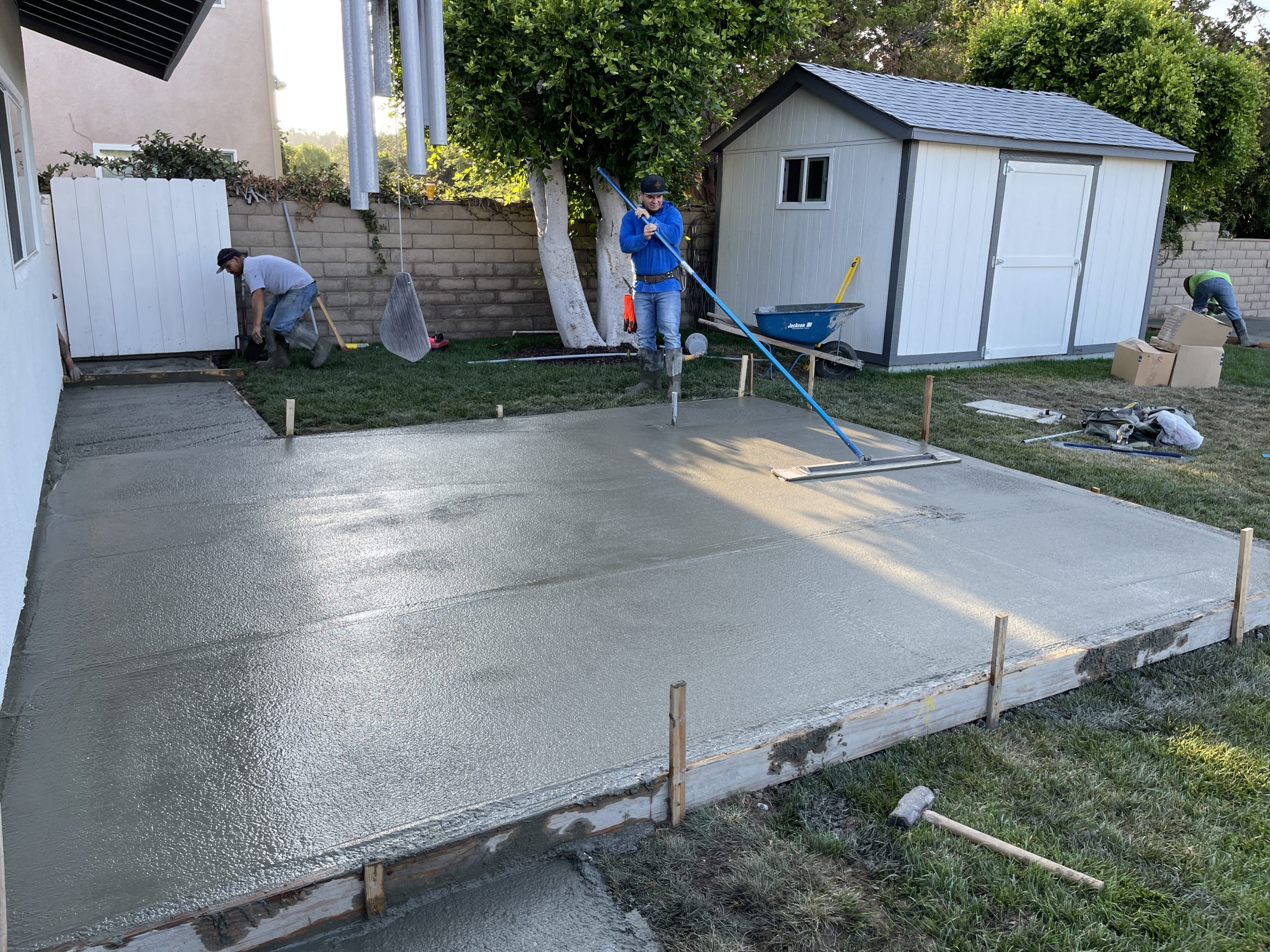 The swim spa pad is poured!

We have an electrical conduit ready so the Tuff Shed can be electrified. 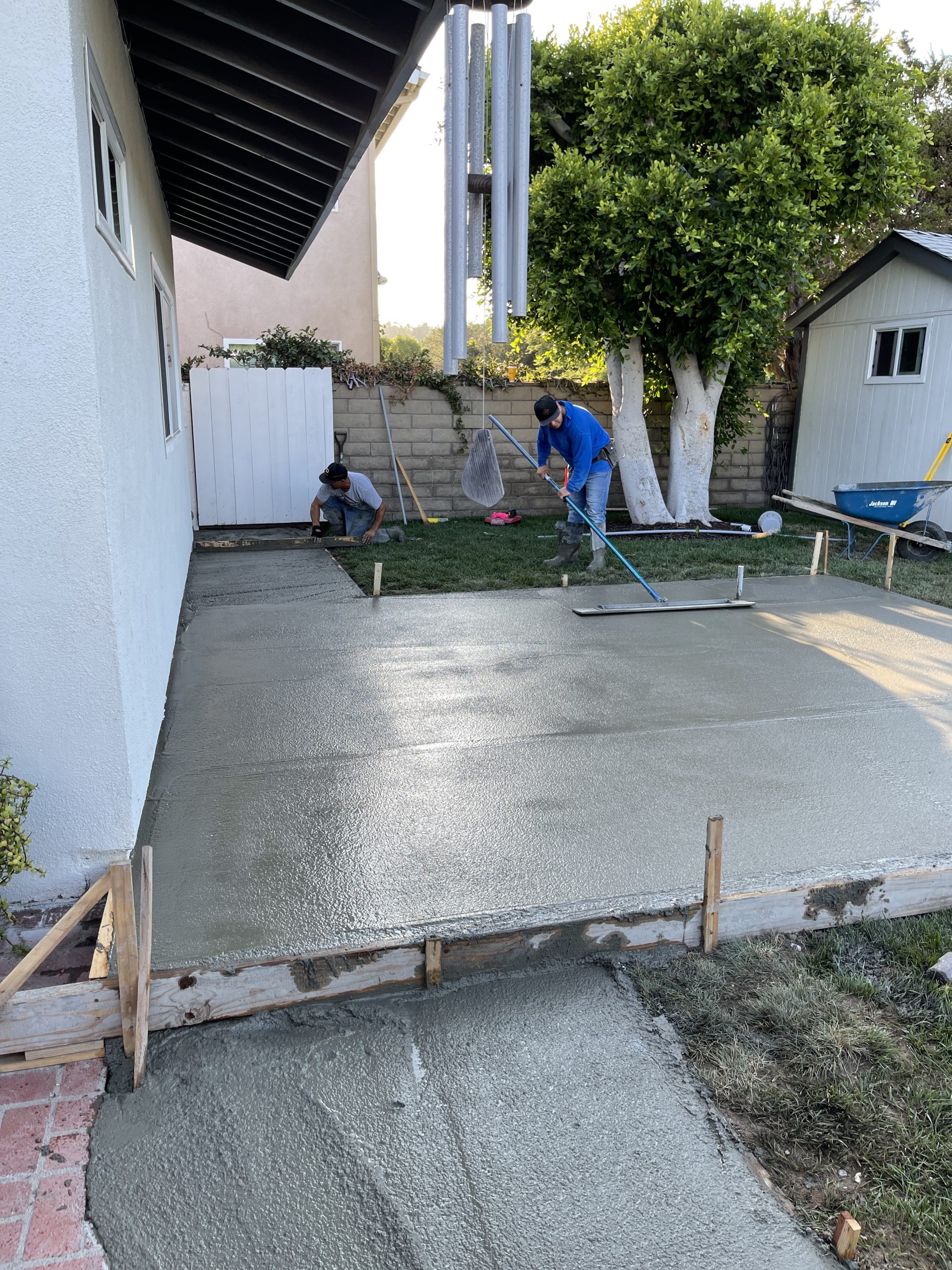 A super broomed finished so we will not slip after exiting the tub!

Finished! The umbrella mount is ready to go! In a few days we will have shade over the swim spa. 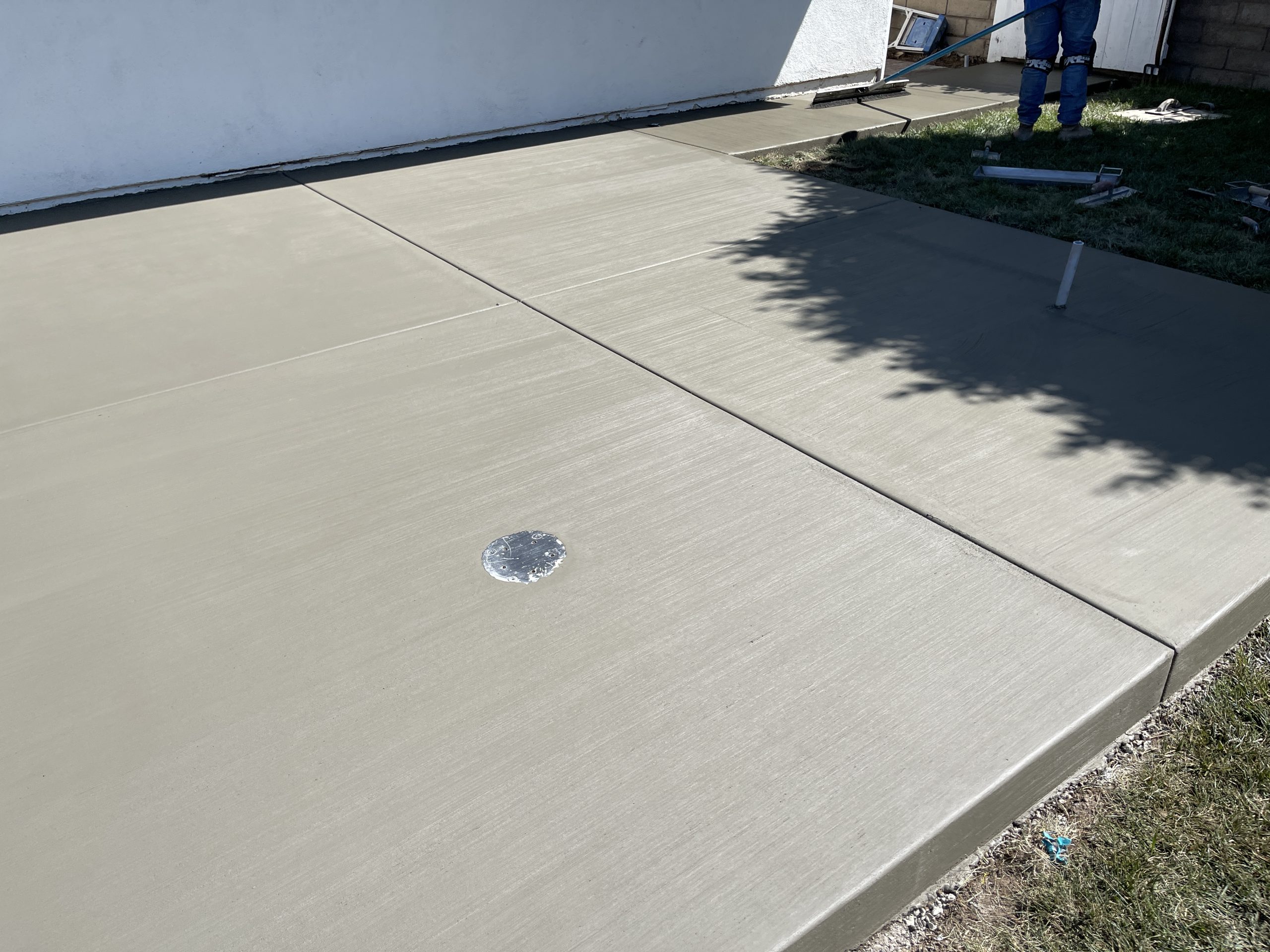 The anchor is in the ground for the umbrella cover!

The Tuff Shed foundation is ready to receive the building! 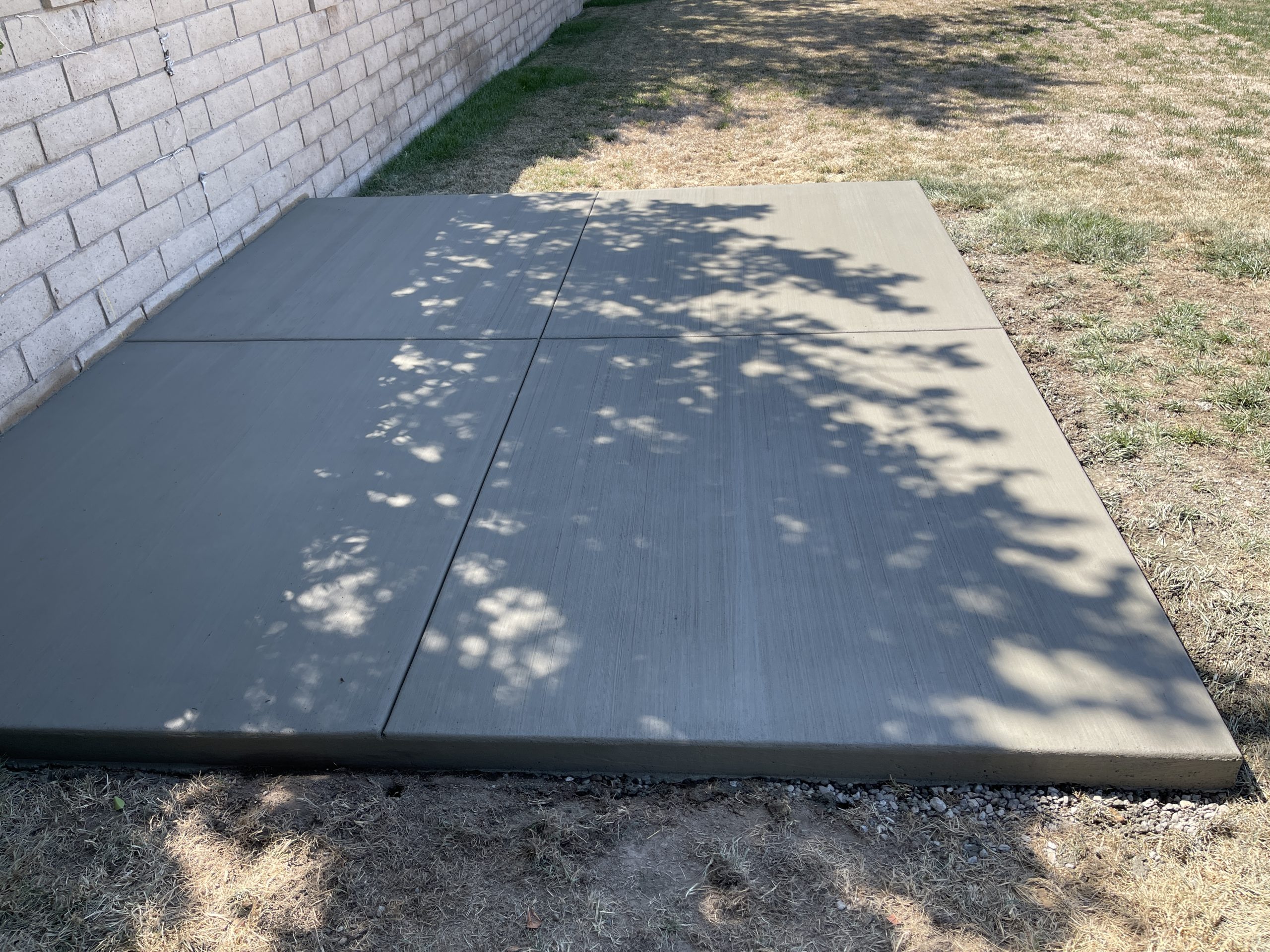 Mary went out to do some errands and I rested as we are going out this evening.

At 4:00 PM we departed to go to Pageant Of The Masters in Laguna. We had dinner with everyone at Tivoli. 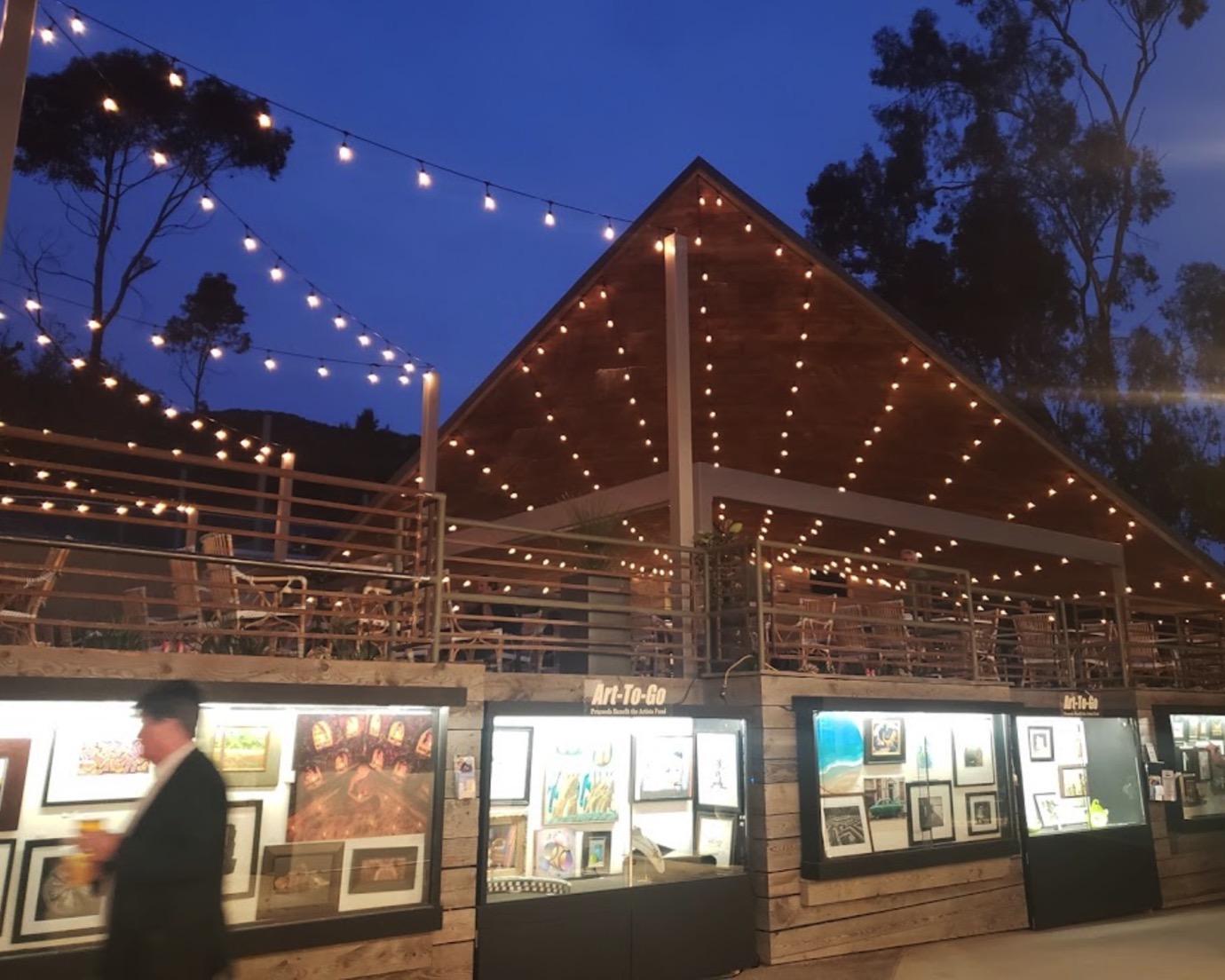 We joined the Zaitz, Reidy’s, Irene, Vicky, and several others.

The show theme was Americana and it was really nice. 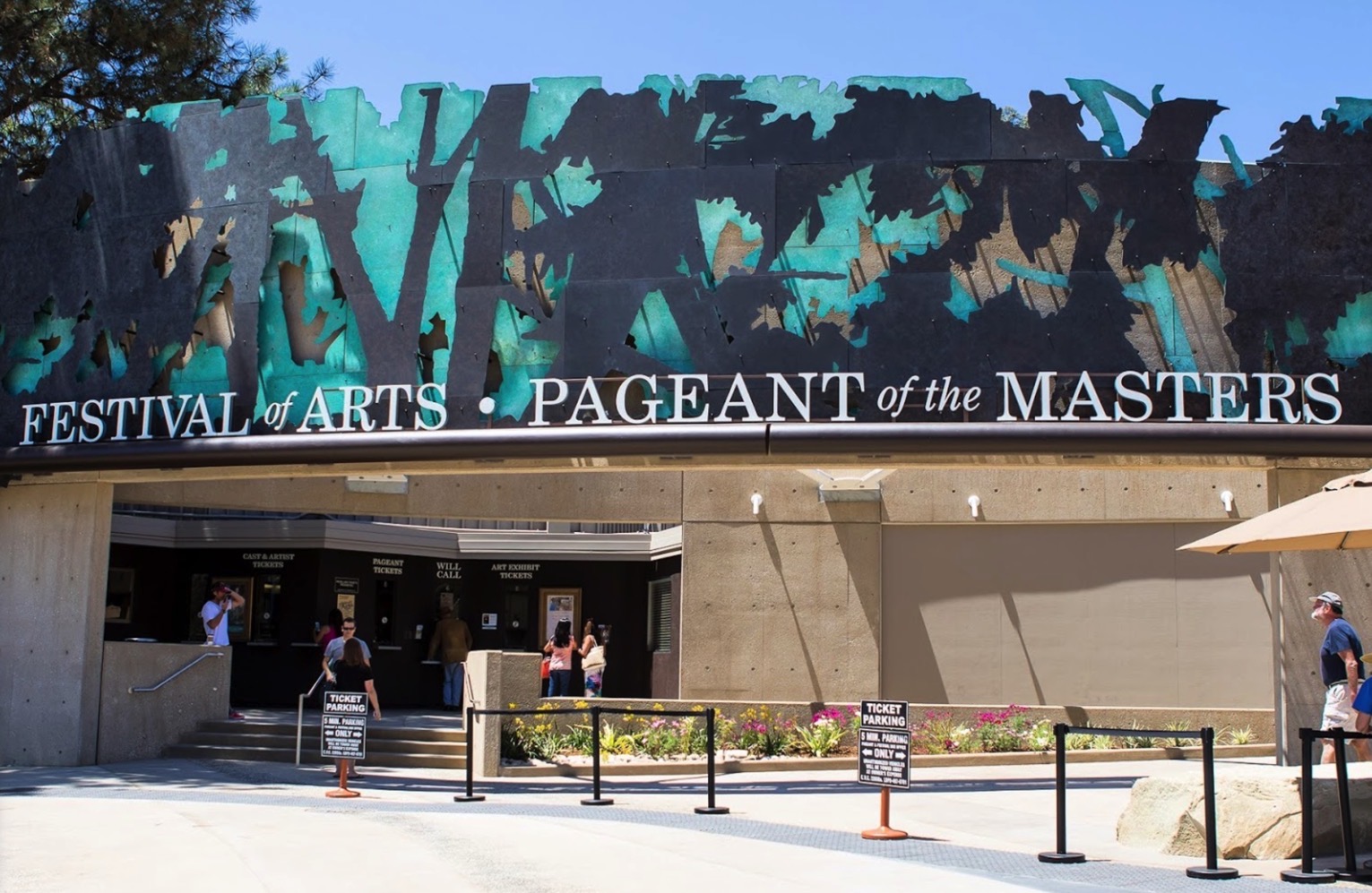 The grounds have changed a bit since we were lasgt there!

The show was over about 10:30 PM and we dropped off David and Dianne about 11:15 PM and got home at 11:30 PM.  Dead to the world we were but we found enough energy to take Scout the Wonder Dog for a stroll around the backyard!

Just an old retired guy trying to finish out my last years on this planet. I lost my best friend and wife in early 2020. I am involved seriously with a long-time friend, Mary, and life goes on.
View all posts by Paul →
This entry was posted in Just Us, Working Around House. Bookmark the permalink.