Progress Was Made! It’s Beginning To Look Like A House!

The CEO of IKEA was elected Prime Minister in Sweden. He should have his cabinet together by the end of the weekend.

So I get up and look at the den/kitchen and go immediately back to bed.  Well, immediately was not fast as I had to wade through boxes to return to the bedroom; we have our work cut out for us!! 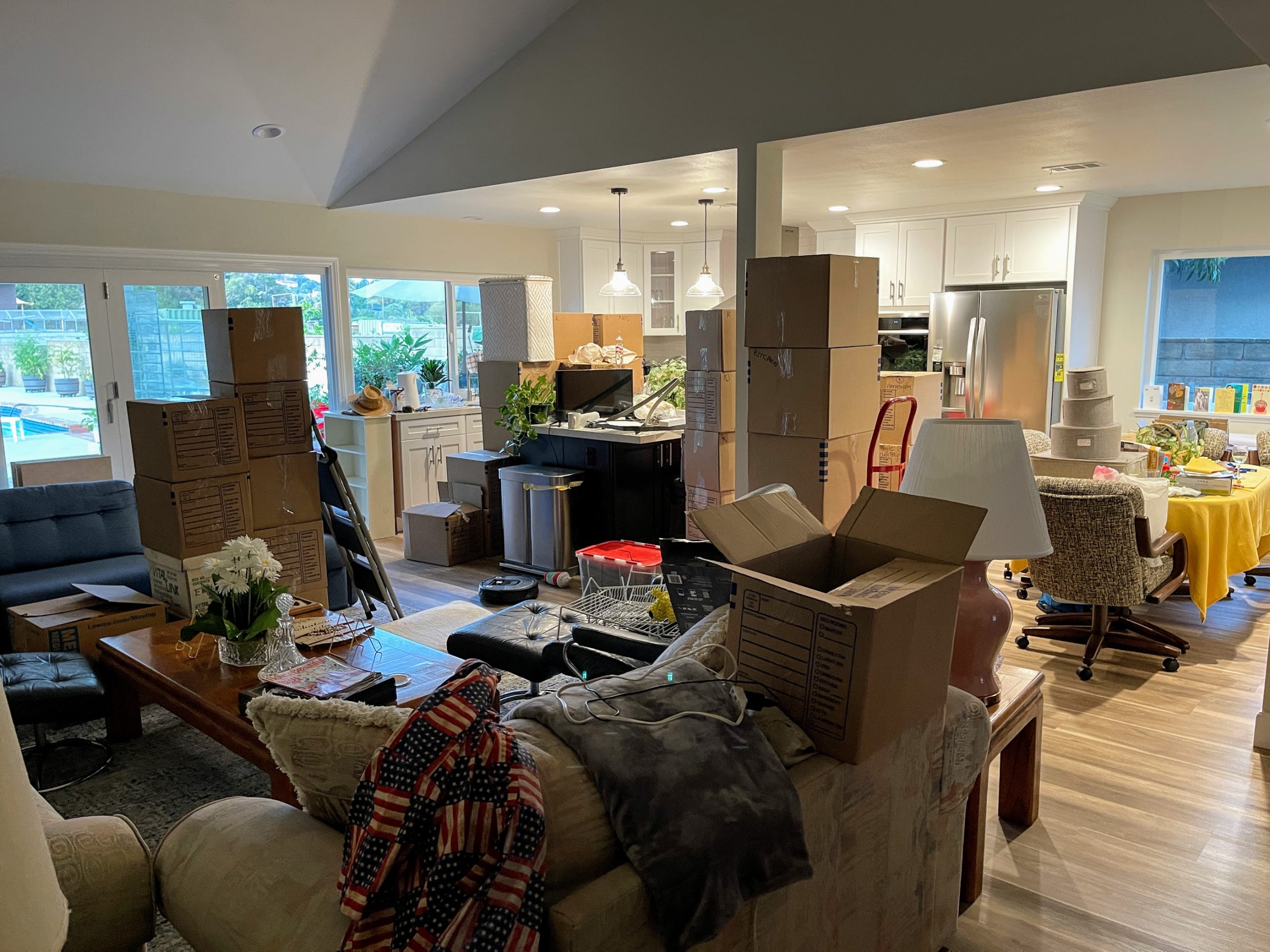 They have multiplied during the night!

I decided to attack the bedroom first since, at my age, middle-of-the-night urges need to be satisfied, and fighting a mountain of boxes does not fit the plan.  First, I changed light fixtures in the closet to see what I was doing! (Mary got home later and was astounded by the difference between the 40W light and the 150W equivalent LED lighting).

Bob my box, I returned them to the bedroom and unpacked.  All of Mary’s dresses (save the dance costumes) fit into the master closet.  I have 3.3″ so I hung up three T-shirts! 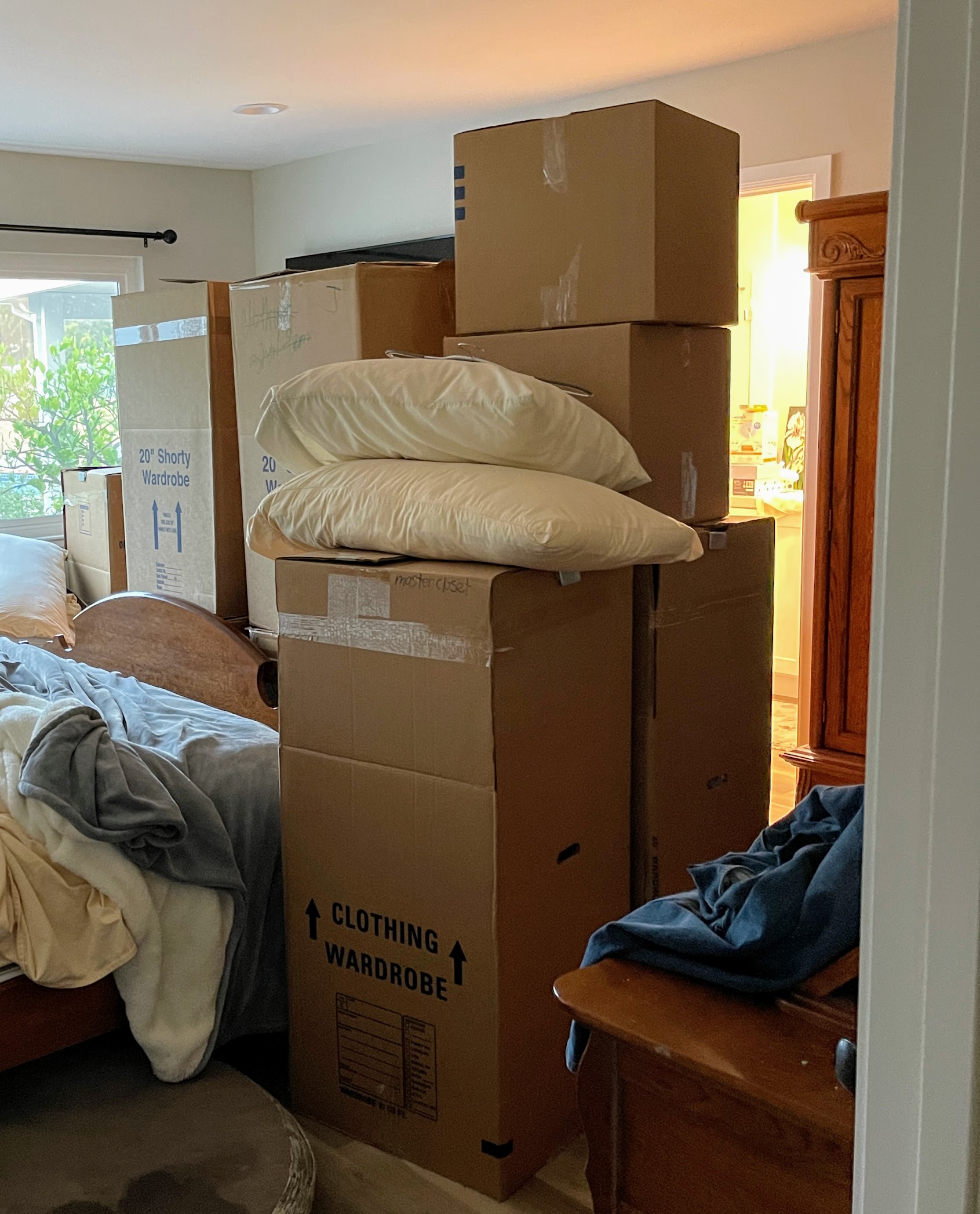 I can’t get from here to there!

Next was the office.  Our two new bookshelves are insufficient, so I ordered another one.  I have a new ponderism: Should it be called “the office” or “the library”?

We expect two matching desks this next week, and then the office/library will be complete. 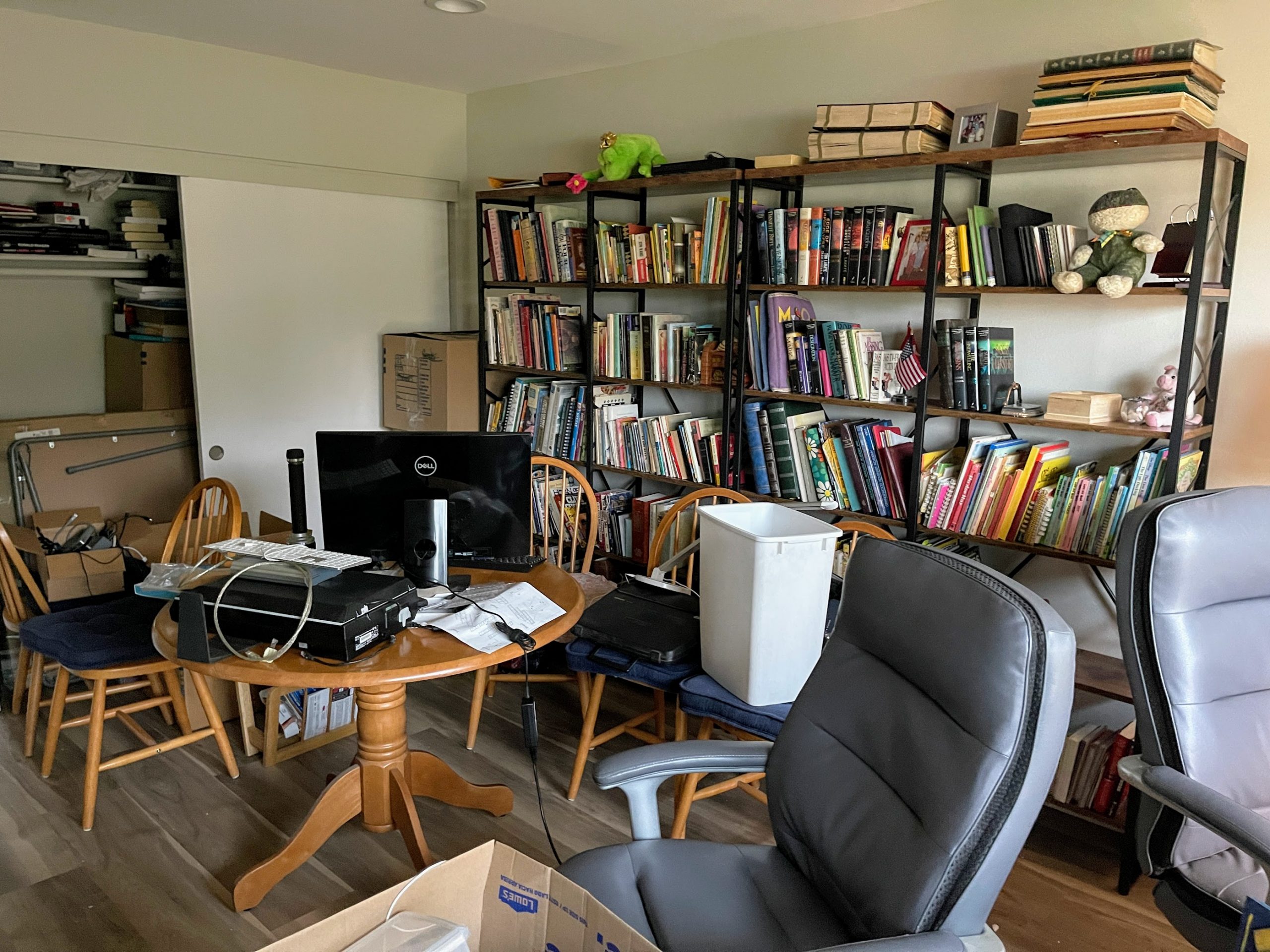 One more bookshelf is now on order!

Next, I attacked the patio mainly because Mary’s plant will need water and some do not like the direct sun.  That took longer than expected, plus it was a wild 87 degrees, but we do have the gentle breeze.

The gazebo was a perfect fit for the back of the pool.  Loke carefully, and you will see Miss Robin tending the sunflowers. 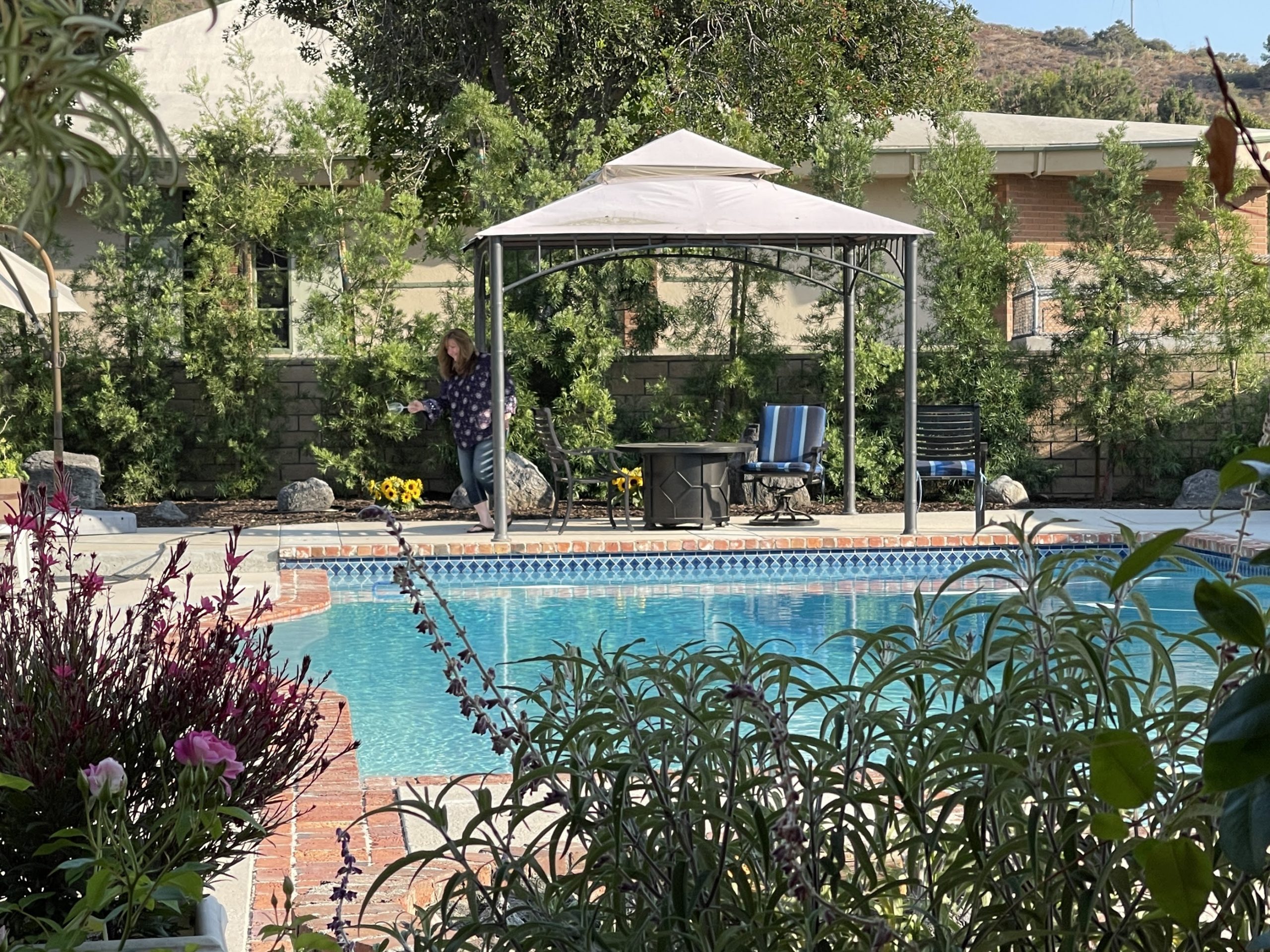 Robin at the Gazebo!

Nick came with Robin, and we put him to work.  He moved a mountain of boxes, flattened ten or fifteen wardrobe boxes, and scrubbed the patio chairs,  Goodman, he is! 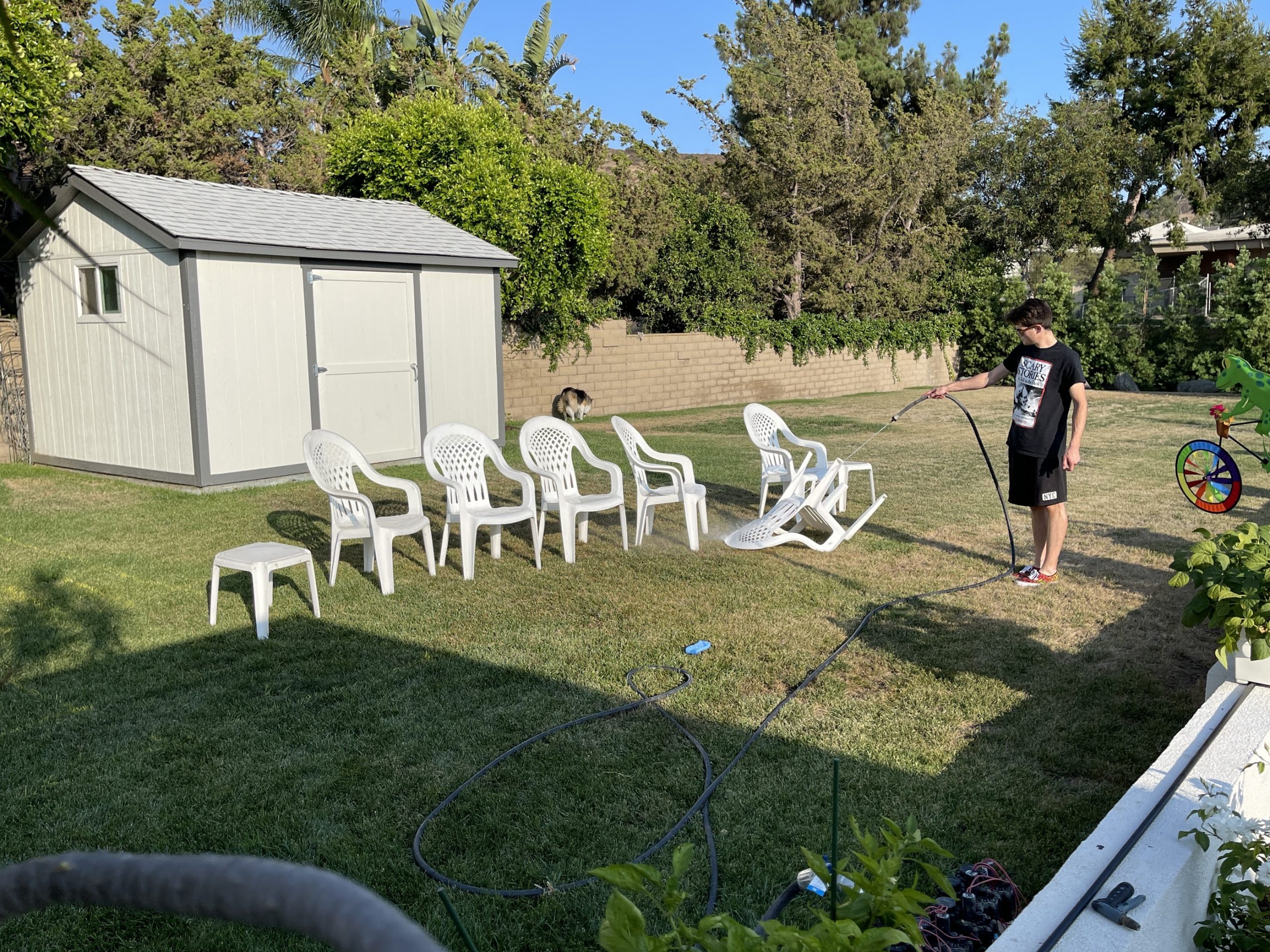 We put Nick to work.

After working for a couple of hours, we went to Rockwell’s for dinner.  We are getting to be regulars there.  We got the manager to let Nick inside, despite the posted sign, 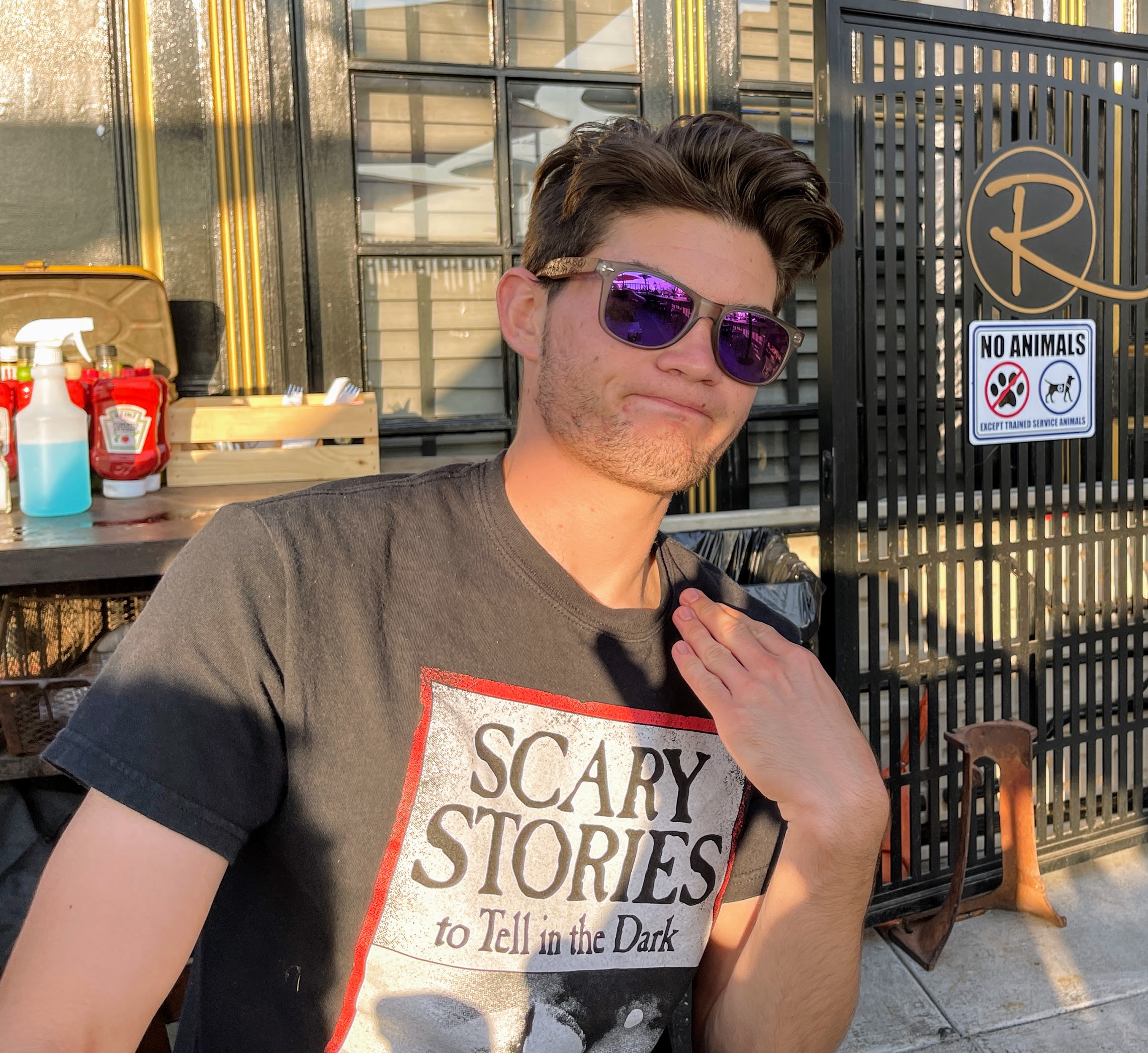 They let him in any way!

Ah!  Mother and son, they sure look alike! 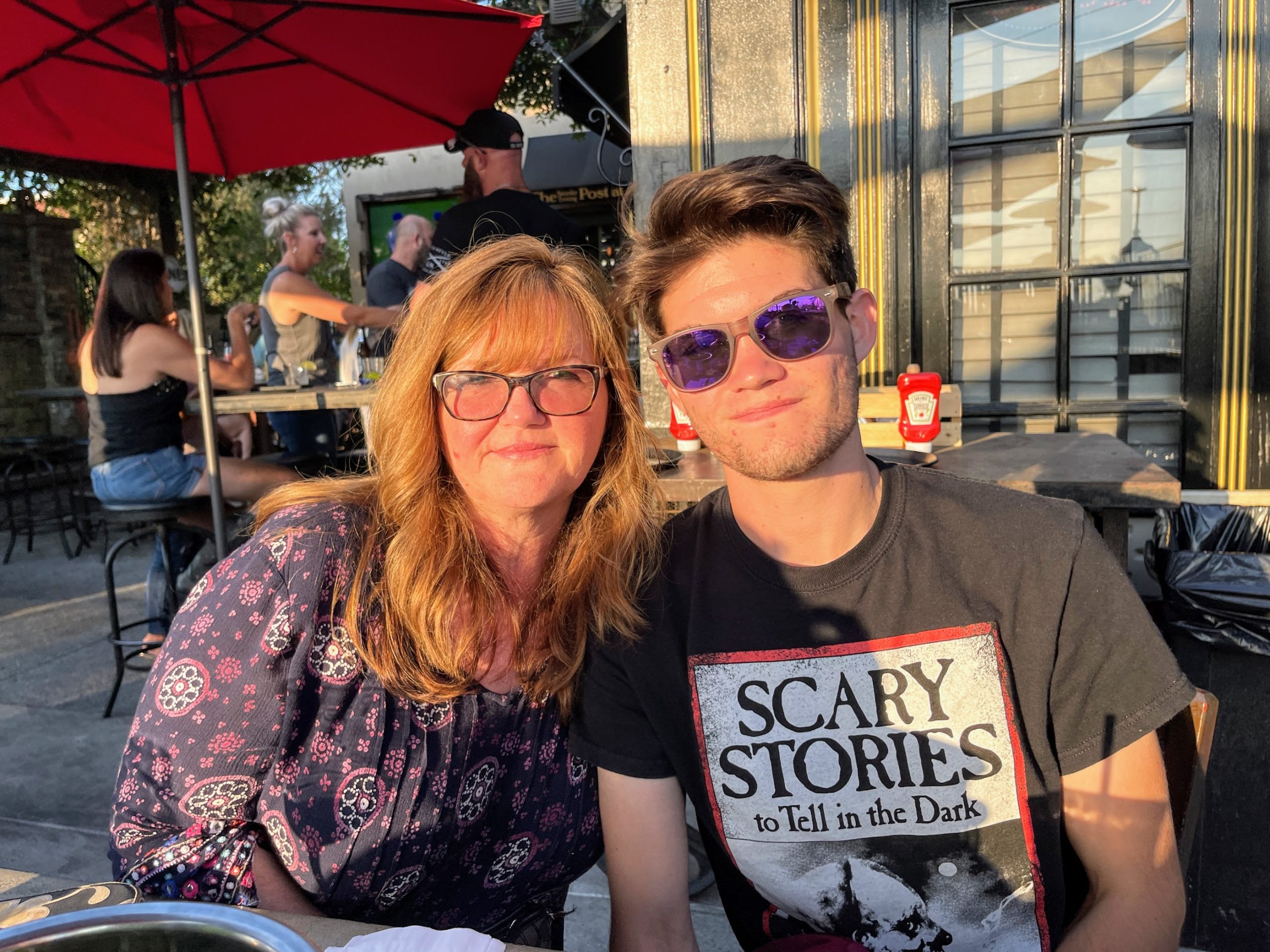 Robin and her frown up son,

We mentioned to the waitress about the upcoming event, and she surprised us with dessert.  It disappeared quickly. 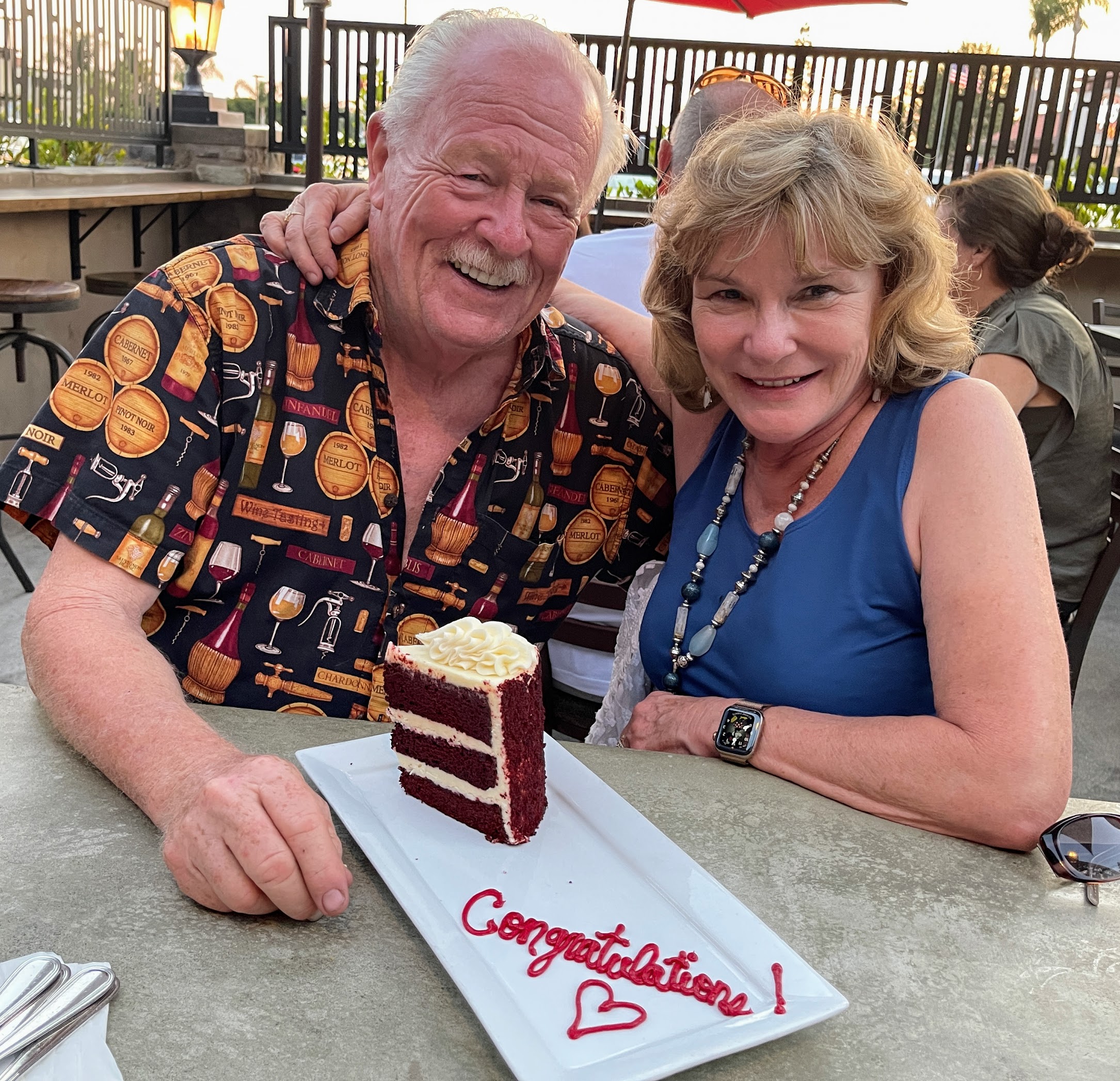 A nice surprise from our waitress.

By the time we got home, we were done!  Kaput! We crashed before 8:00 PM.  Tomorrow is going to be a long day!

Before midnight, I woke up and worked on how to get my plug-in devices to attach to the wall.  The power supplies are big, and they chew up all the socket area.  I SAID TO MYSELF, “Paul, you need a small short extension cord.”  Amazon to the rescue. 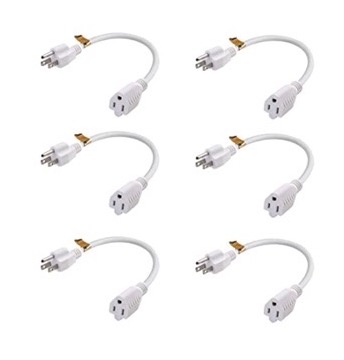 Perfect solution; 9″ extension cords so the power supplies will not take up too much space!

Back to sleep, I went, with a loud thud!

Just an old retired guy trying to finish out my last years on this planet. I lost my best friend and wife in early 2020. I am involved seriously with a long-time friend, Mary, and life goes on.
View all posts by Paul →
This entry was posted in Dining Out, Family, Food and Wine, Working Around House. Bookmark the permalink.
Powered by Maribol IMDB Plugin