” When we lose someone we love, we must learn not to live without them, but to live with the love they left behind.” – Anonymous

We loved the OC Fair and went every year from 1987 through 2018, only missing 2019 because of health reasons.  We would wonder about the grounds looking at everything, and then we would come back a week later and do it again, thank goodness for short memories.

Sue loved the racing pigs, the petting zoo’s, the crafts, and especially Centennial Farms.  On day one, it was just us, but after the first visit, we would take other members of our family and spend the entire day there.  When there was good music, we would get tickets to the concerts and stay well into the evening.

Today, I can close my eyes and remember those joyous moments of sharing silly things with Sue and laughing and giggling the entire day.  Sometimes I can feel her little hand in mine strolling about the grounds and in later years, having her hand reach for mine while I pushed the wheelchair.  I laughed and told her, “Its the only time I can push you around!”

She was a marvelous woman, and I miss her so much it sometimes just hurts. 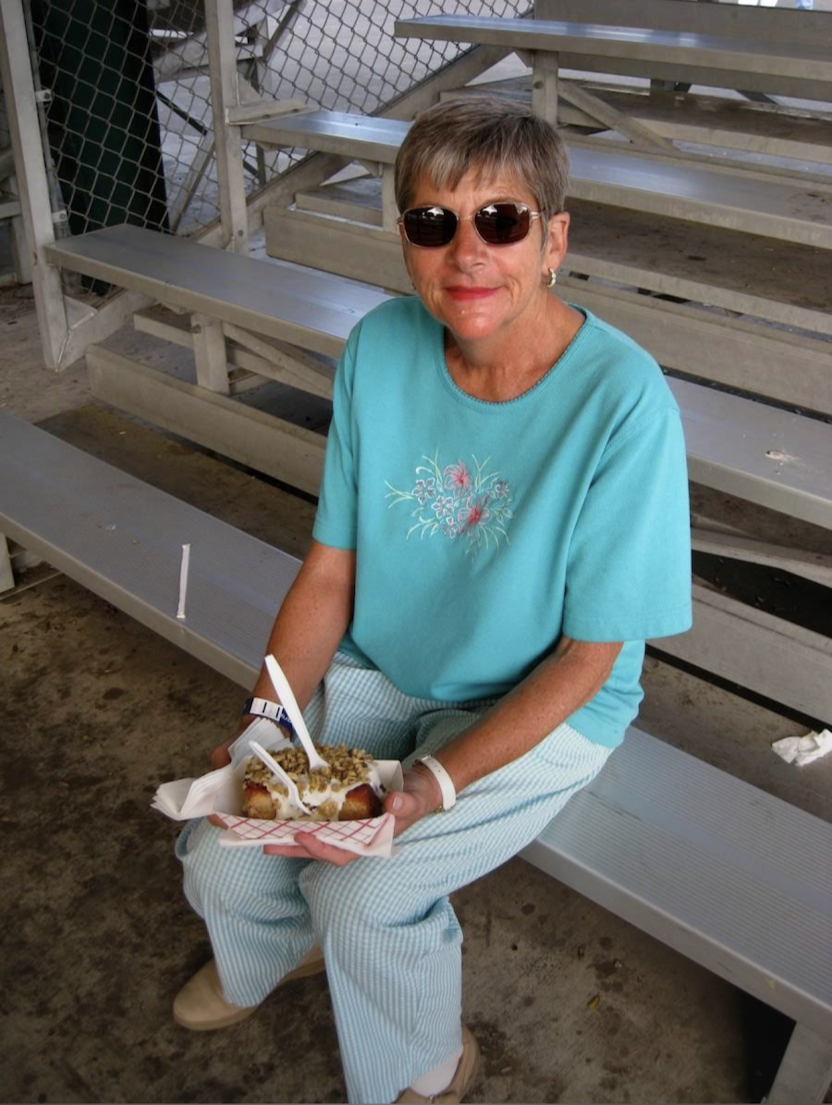 Stop #1 at the OC Fair was always Cinnabuns! Cinnamon buns loaded with gooey frosting followed by an iced coffee.

In the morning, I got prepared for my Zoom meeting with the OC Registrar to finalize my application for the Director of the Sewer District.  After about 45 minutes, I know what I have to do over the weekend.  I will scan and send the final paperwork to her on Monday and then get things notarized Monday evening and drive down and deposit the papers in the clerk’s office.

I did some wash, cleaned up my closet, or more accurately straightened up some drawers.  I promised Sue I would keep the house in order and so far I have managed that task.  The place is now spic and spans for Robin’s arrival.

Did You Know? The noun spick has various meanings, or rather it had various meanings, as it is now rarely used outside of spick and span. The meaning of spick  include a side of bacon, a floret of lavender, a nail or spike, a thatching spar.

Likewise span has/had several meanings, including: the distance from the tip of the thumb to the tip of the little finger, a measure of butter, a fetter or chain, a chip of wood (as the Norse word spann-nyr).

Just from those meanings, and there are more, we could generate sixteen possible combinations to form spick and span. It isn’t clear which, if any, of those words were used when coining the phrase. Some clues might come from the fact that the phrase is very old and was originally spick and span-new. This is cited in Sir Thomas North’s translation of Plutarch’s Lives of the noble Grecians and Romanes, 1579:

“They were all in goodly gilt armours, and brave purple cassocks apon them, spicke, and spanne newe.”

“Housework can’t kill you but why take a chance.” – Phyllis Diller

“I had to clean my house for two hours just to tell guests “Sorry about the mess!””

I want to assure you that after seventy-five years on this planet I can keep not only my room but my house clean.  I had no idea how much work it was to keep a house running and I must thank you and Sue for doing such an amazing job!  Being a boy, I thought it was easy.  Well, it is NOT EASY.  Just keeping things uncluttered is a job that starts in the morning and ends when you go to bed and then starts again the next morning.

Looking back, I was so lucky to have you and Sue in my life.  I learned lessons from you guys that fortunately I still remember and will be using the rest of my life.

I miss both of you so much and think of you every day!

Saturday is movie night so Amy was texted to see what I could bring and it was met with a quick response, “PLEASE BRING NOTHING!” as they are still reeling from the tomato cake of last week and the fifty-pound watermelon from the week before! 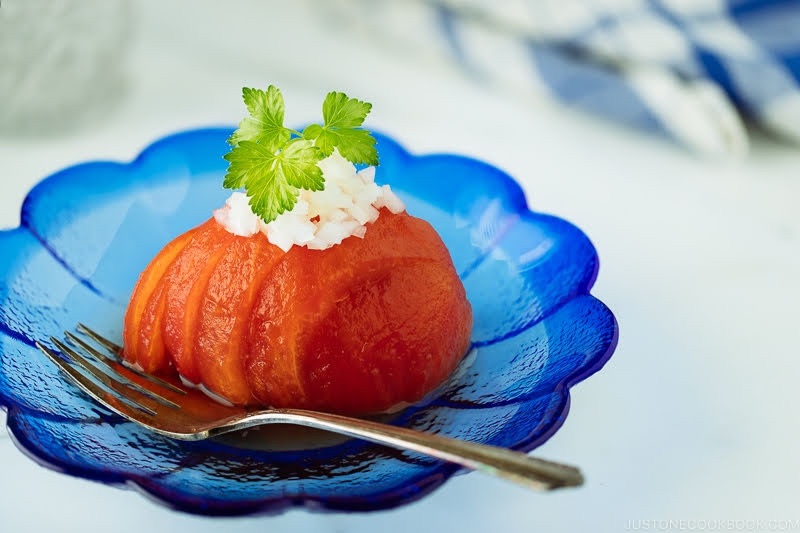 After the abrupt, but totally understandable, repudiation of my generous offer for assistance, I headed for the garden to releive my hurt feelings. Corn and tomatoes dot the landscape but this time of the season, theu look pretty beat up! It is getting time to remove the dead parts of the garden so I see hours out in the hot sun the rest of the week. 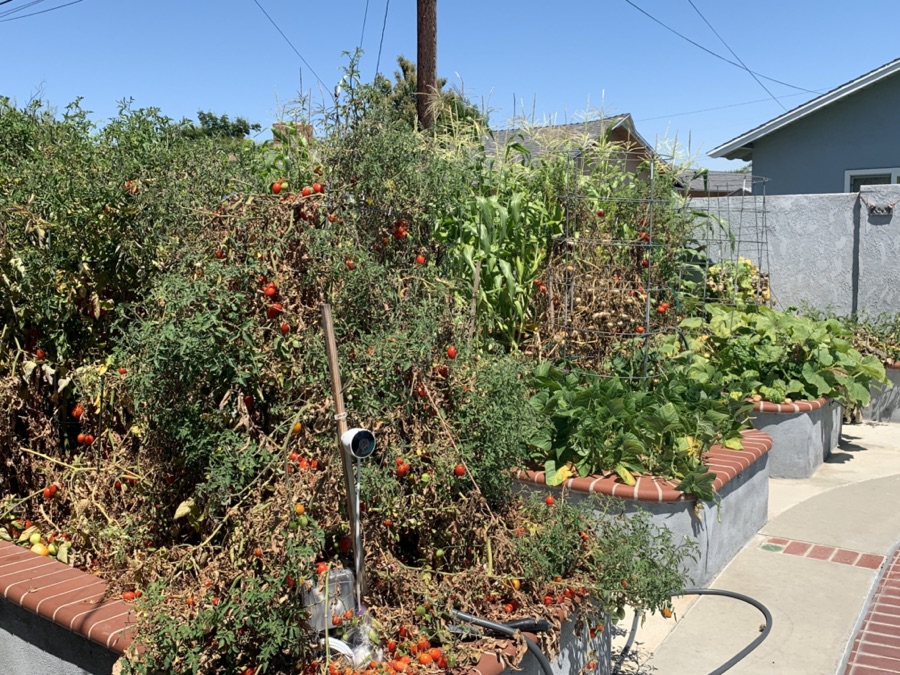 After the veggies form, the bushes get kinda ragged-looking!

The corn is growing and the mating season is complete.  Now we wait a couple of weeks and it will be corn time.  Note to self: Get the corn recipes out and study them! 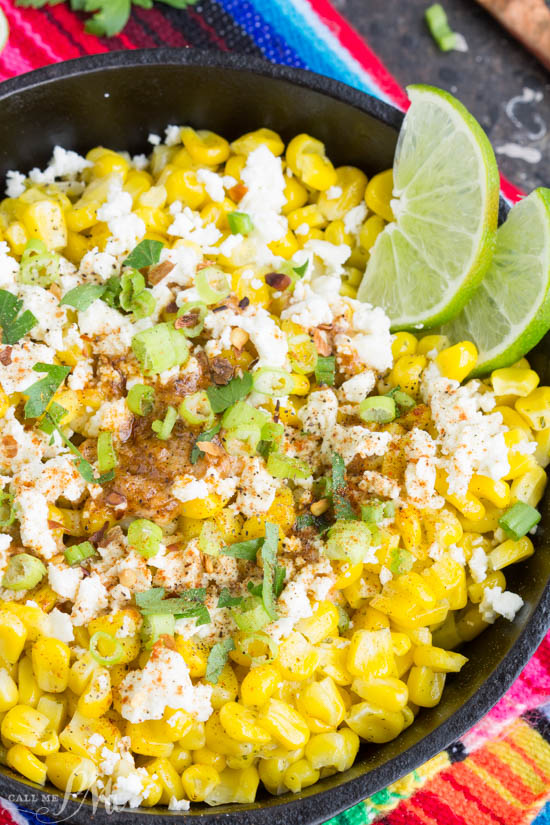 For sure there will be Mexican Street Corn in the near future!

There will be some bare spots in the garden so I may put in a couple of more tomatoes and then wait a month or so before the winter garden planting. 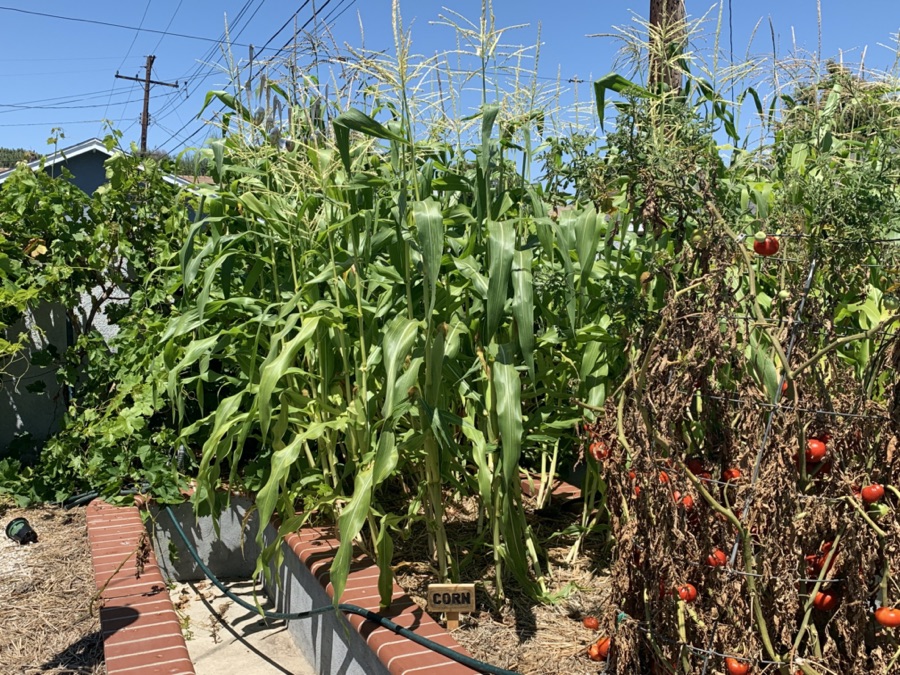 The corn is about two weeks from picking based upon my expert examination.

Robin came in about 4:00 PM and we had a drink before going to Patty’s Place tonight for a quick dinner. Did I say quick?  We dined and yakked with the locals until almost 8:00 PM.  I could not make up my mind so I told Chuck to surprise me.  The pork chop was huge and delicious! 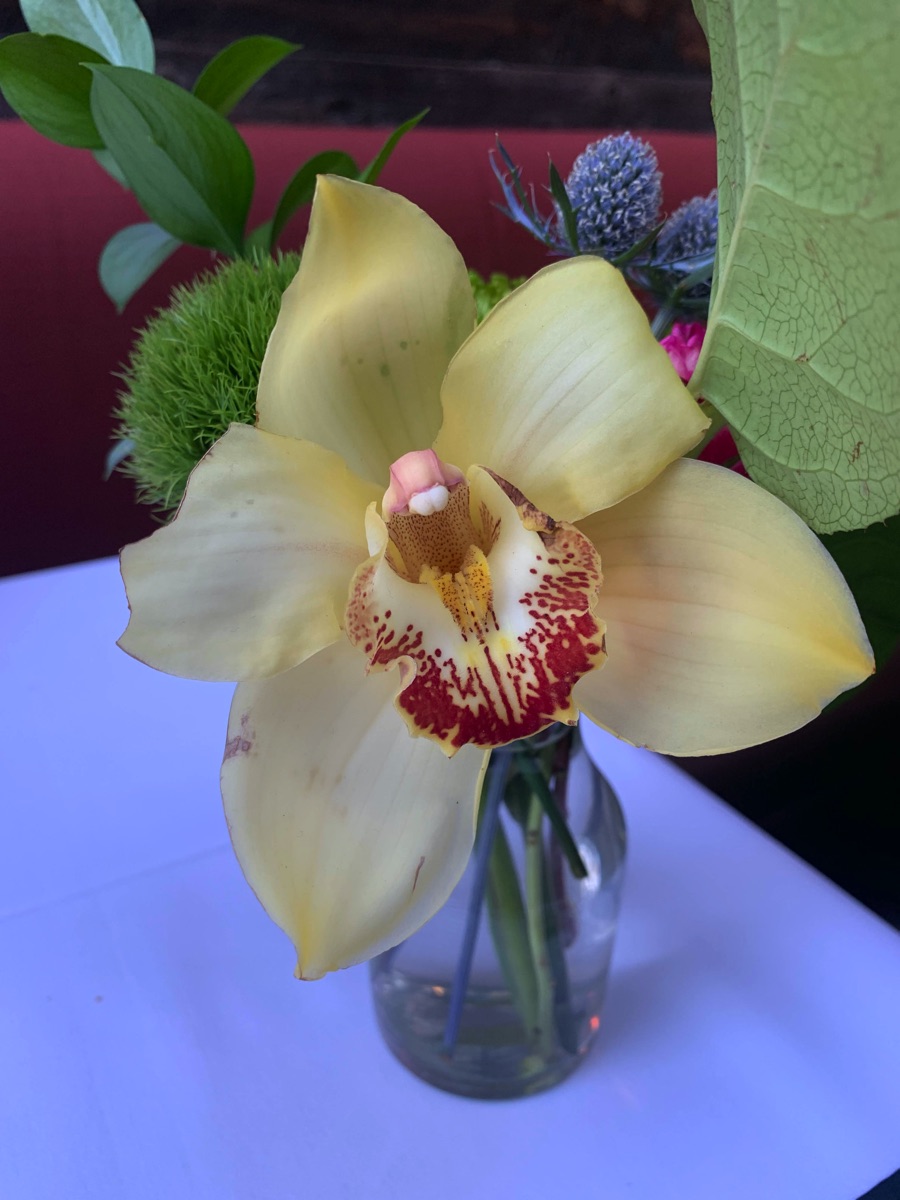 We took the flower around so ask the locals what kind it was and we got several interesting answers.  It was an orchid without a doubt!

We turned down the key-lime pie but Chuck decided we looked under-nourished so we got a chocolate sundae instead! 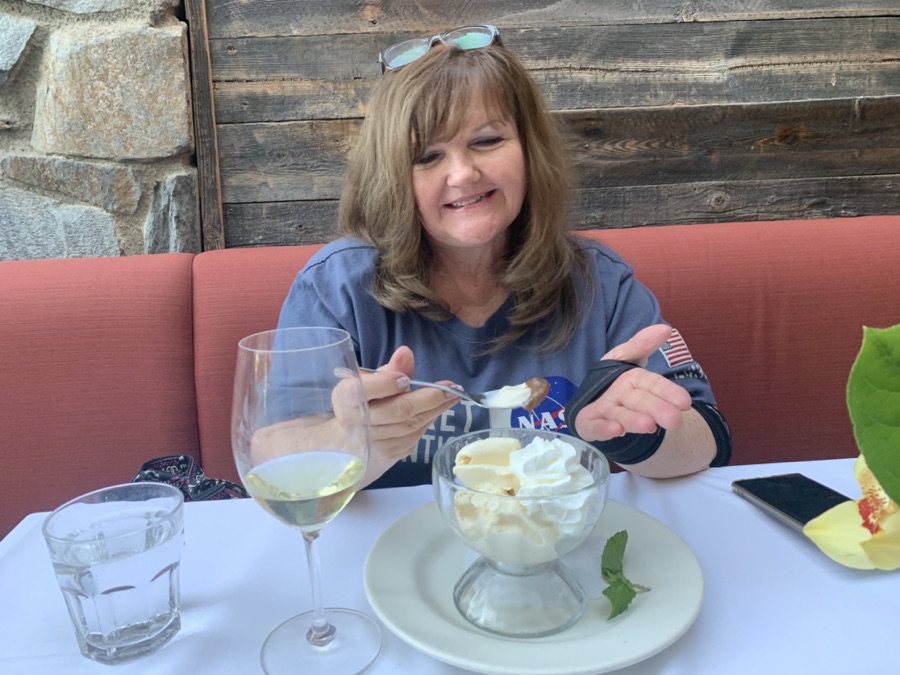 Chuck has us splitting a chocolate sundae, just what we both need.

It was discussed as to what to do with the garnish on the sundae, I unfortunately had another one of my not-so-great ideas!  Well, at least I smelled good!  The long hair helped keep the sprigs in place. 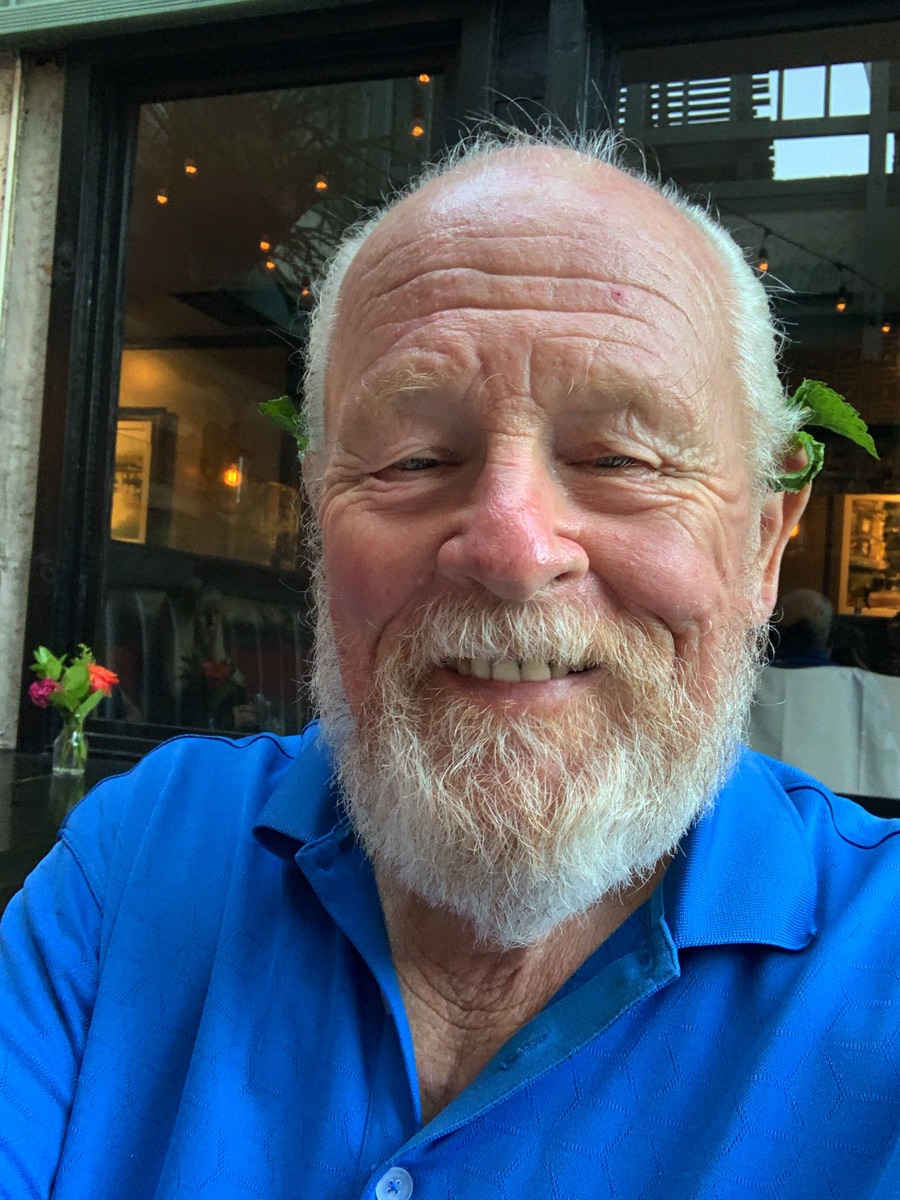 I went relaxed in my golf shirt.

We got a call from Pete and Lisa while dining and decided to call them back we got home.  Upon arriving at home, the call was placed and the results were captured for posterity.  As you can see, we were not a great sight either. 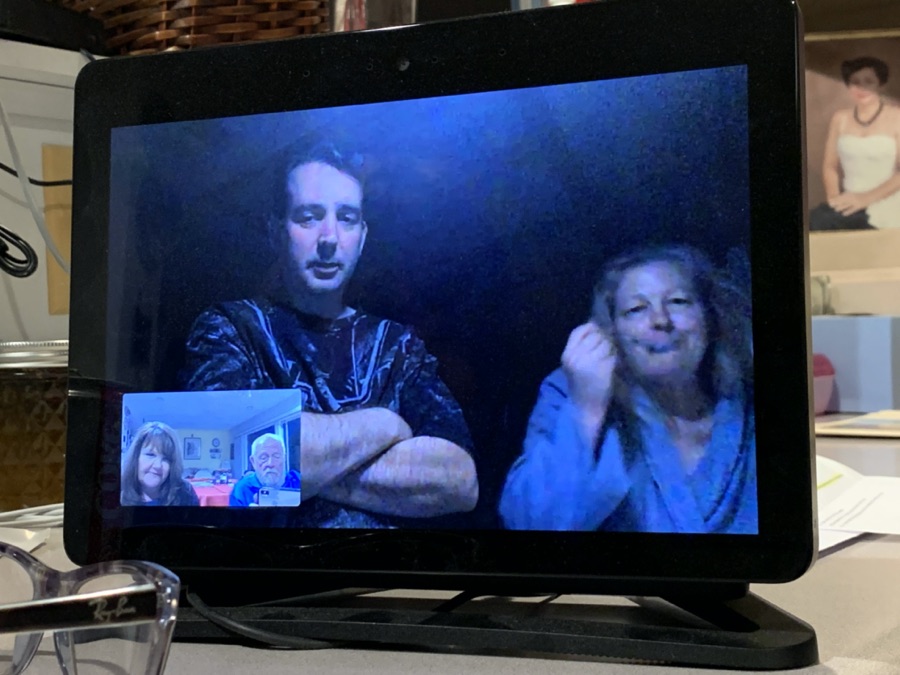 It was after 9:00 PM so a vote was taken and, no surprise, time to crash!  I went right to sleep but at 3:00 AM I was up and ready to go! Six hours and the body is done resting.  Once a week I can manage eight hours but the rest of the time, six is a maximum.

Just an old retired guy trying to finish out my last years on this planet loving my best friend and wife, having fun, learning, and passing on helpful things to others.
View all posts by Paul →
This entry was posted in Dining Out, Family, Gardening, Working Around House. Bookmark the permalink.
Powered by Maribol IMDB Plugin