Another Tuesday Rolls Around…

What is taken away is greater than the sum of what was there. This may not be mathematically possible, but it is emotionally possible. – Julian Barnes (1946-present), English writer

We dined out quite a bit after retiring because we ran out of time to cook, we were just too busy!  One of our most favorite places was The Royal Khyber in Costa Mesa.  We were fixtures there at least once a month, and the manager use to fix me individual plates of goodies.  He took terrific care of Sue, making sure everything was vegetarian and spicy!

I remember once, early on, he saw that Sue was being served an egg.  He leaped over two tables, grabbed the plate wishing it away from her mouth.  It was then we explained the difference between a Vegan and an Ovo-Lacto Vegetarian.  Eggs and dairy products were acceptable.  It was funny to watch.

I miss my late afternoon, post 1:30 PM, lunches with Sue, and a beautiful bottle of wine.  We spent hours in that restaurant and invited their staff to join us at the 2019 Old Ranch 4th Of July party!  I miss you, sweetheart, every day! 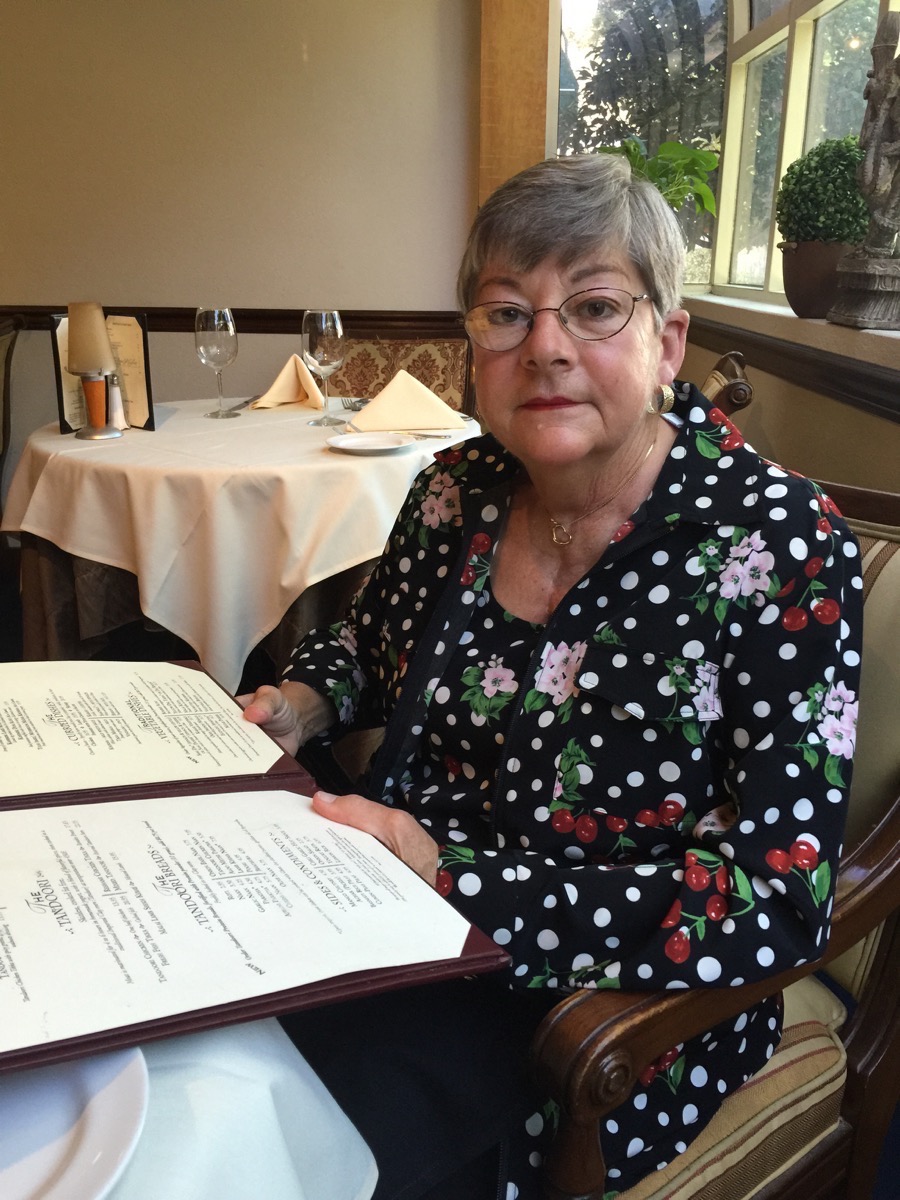 Look out for Indians!

OK, it can be said that there is a new Great Grandfather in town!   Colleen was keeping me posted as events were unfolding, but the exact time and gender were to be kept hush-hush until Jacquie and Nate officially released the information! 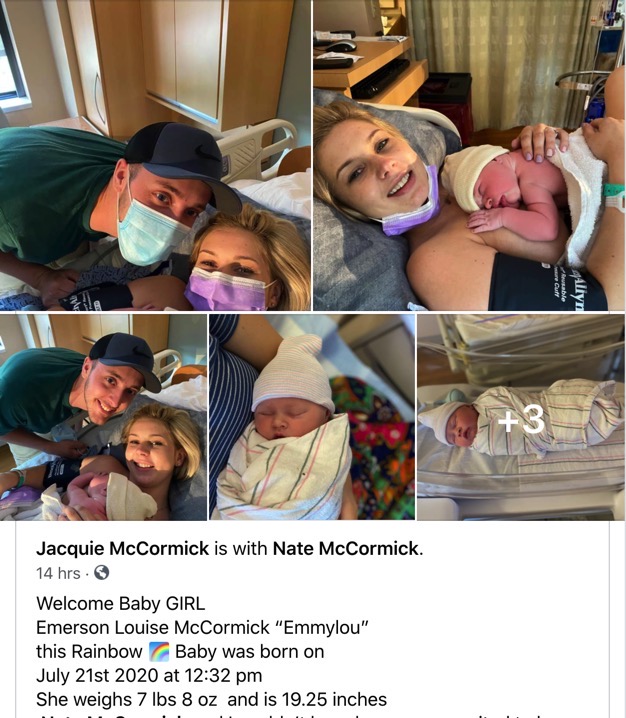 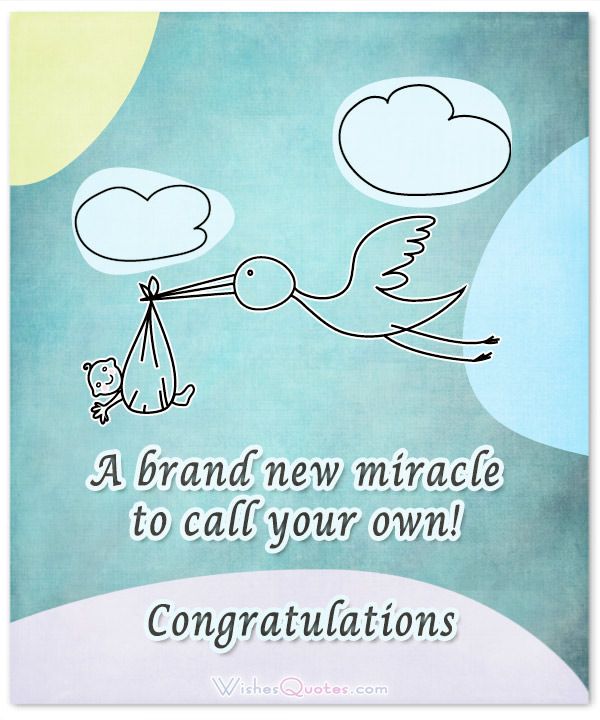 The iPhone selects picture on this day from years gone by, and the first one up this morning was Sarge and me singing our favorite duet.  That was fourteen years ago, and I miss him, his mommy and daddy, and the siblings.  We made beautiful music together.  We sang to keep elephants from ravaging the garden, and it worked.  Every morning we sang, neither of us spotted a single elephant! Imagine that! 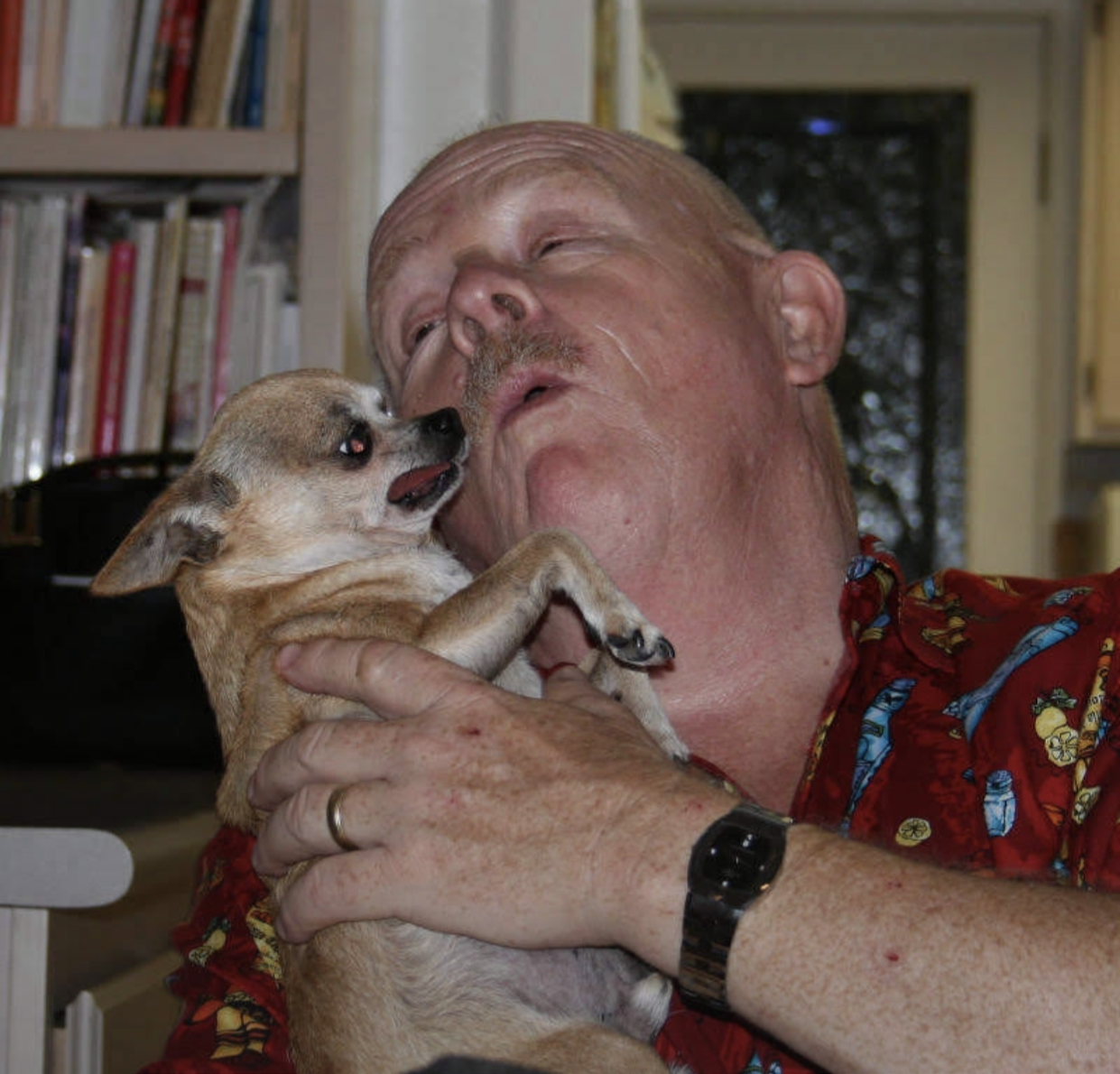 Sarge and his Dad snuggle!

The iPhone also indicated it was Mike’s birthday, and because of the pandemic, he and Bridgette are staying close to home, so the best possible thing to do was dig up an old picture.  This picture is from the Phoenix Club a couple of years back. 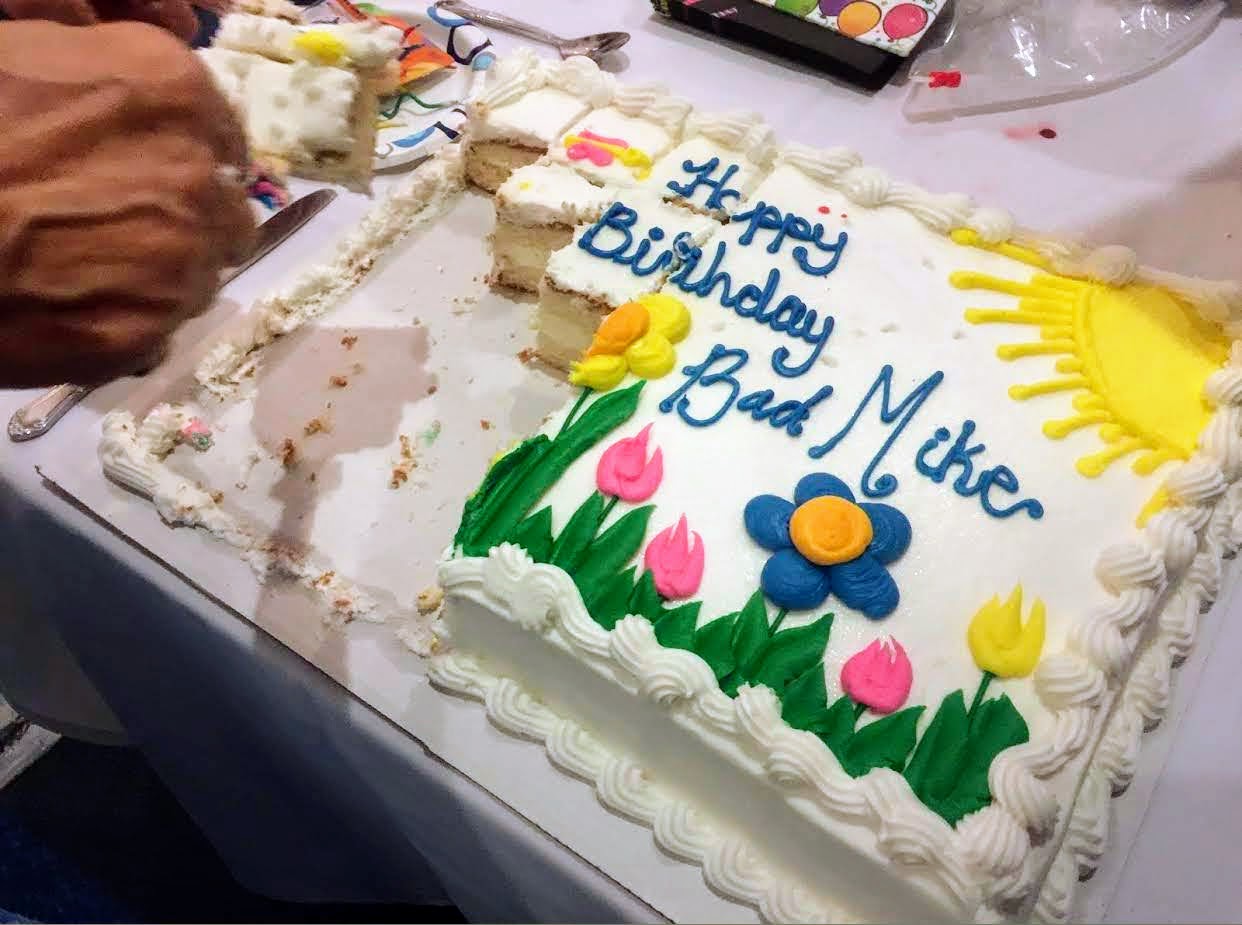 We celebrated his 60th at the Phoenix Club.  He won tonight’s costume award (because he was the only one with a costume). 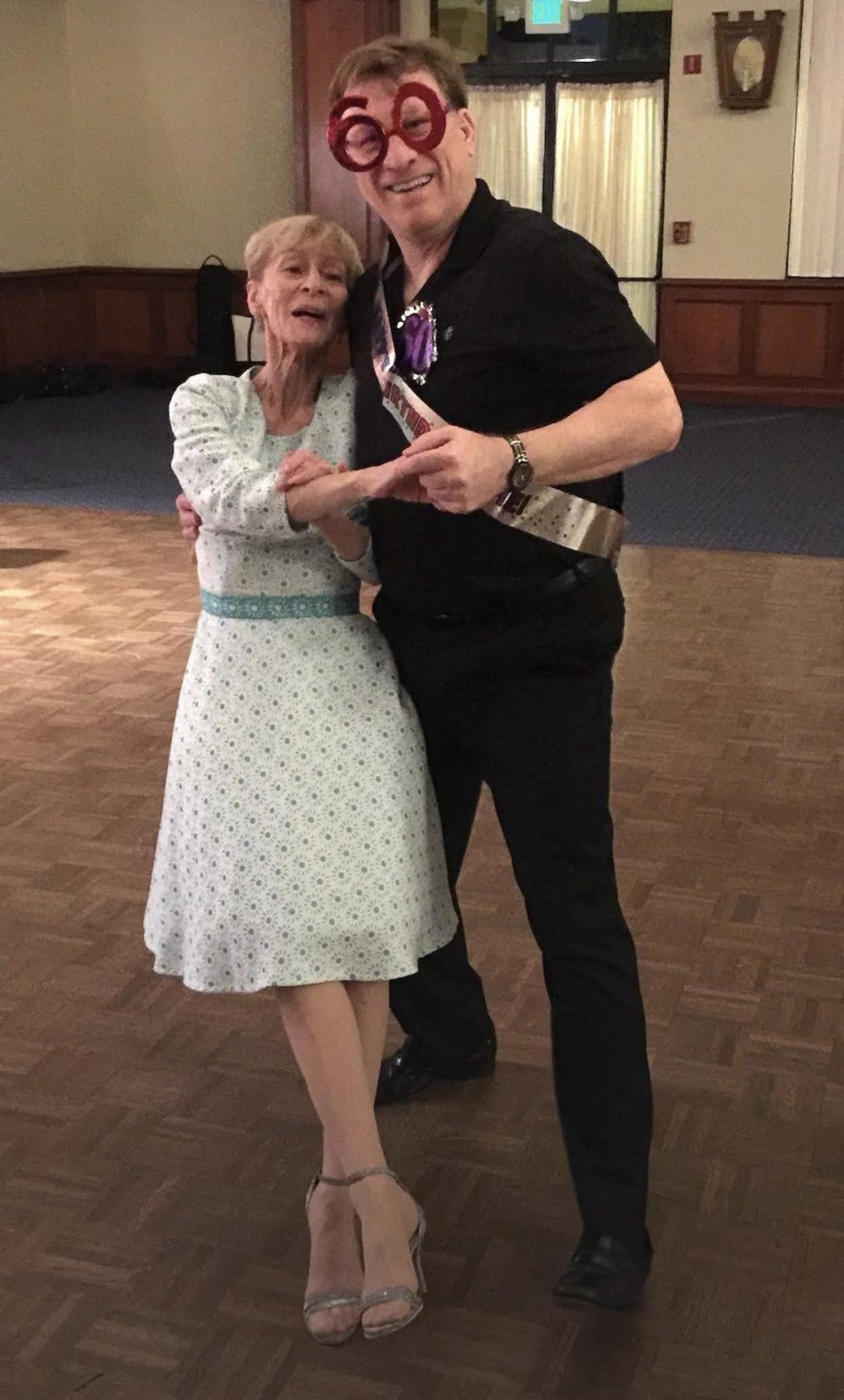 That’s Mike on the right attempting to disguise himself and a young man!

Enough for all the frivolity, it is time to walk the garden and see who is doing what to whom.  Well, the plants are behaving, although the tomatoes seem to be going a little wild.  Perhaps a call tot he neighbors is in order. 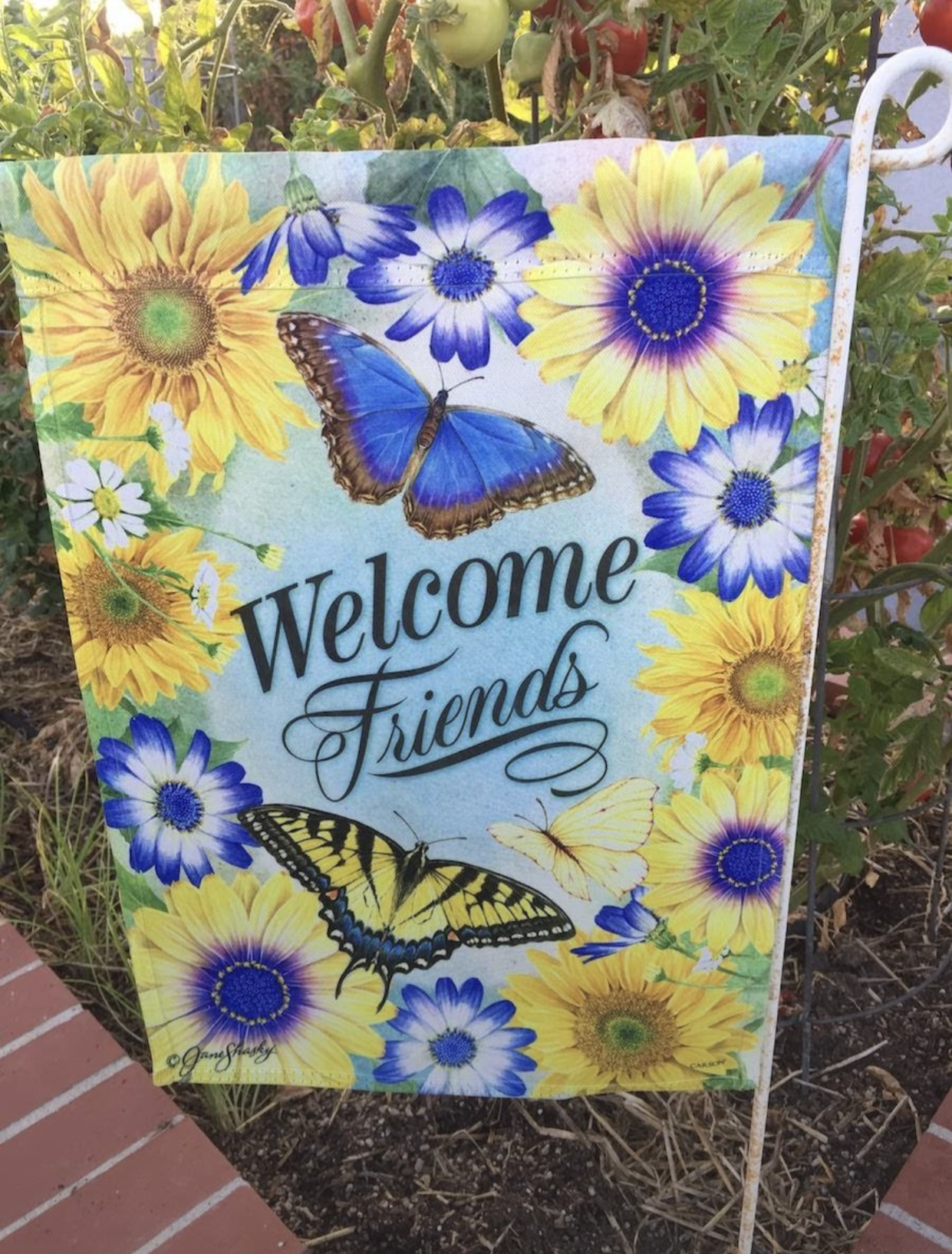 A walk in the garden.

The “chores list” was checked, and it was accomplished—time for some fun.  Lee was in town, Santa Ana, doing some accounting work, so it was suggested we have lunch at the Elks in Santa Ana.  Great idea as the food was terrific, and the patio quite pleasant. 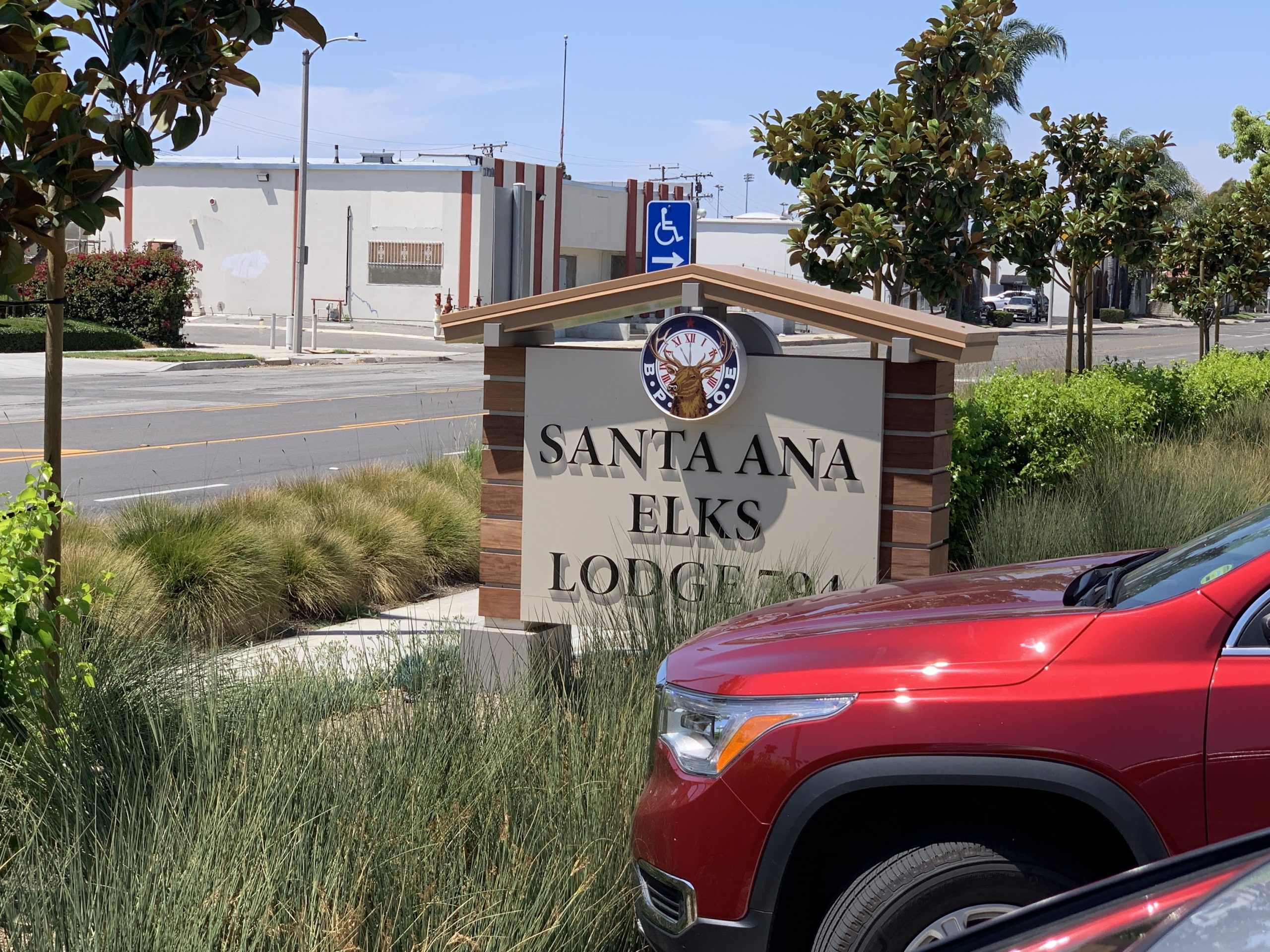 Arriving early, the table with a view was selected, plus I found some sun.  The weather was surprisingly cool today after almost a week of heat. 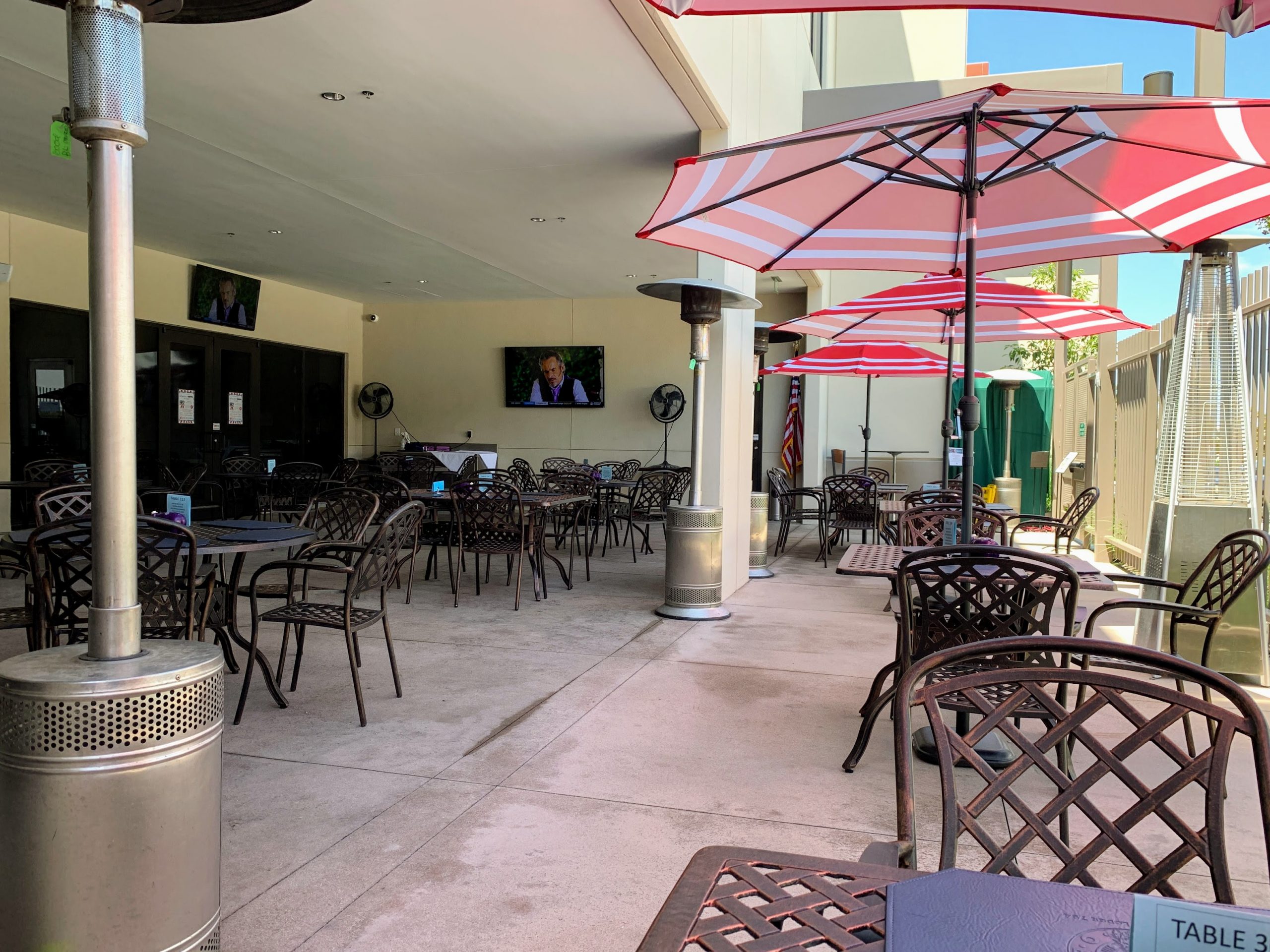 Not too many people were here today.

We sat and chattered for almost two hours, remembering all the stuff from high school and other topics.  When I got home, the drinks and dessert were quite memorable, but the main course was a mystery? How can that be?  I chalked it up to being too busy talking to care what’s the main course was. 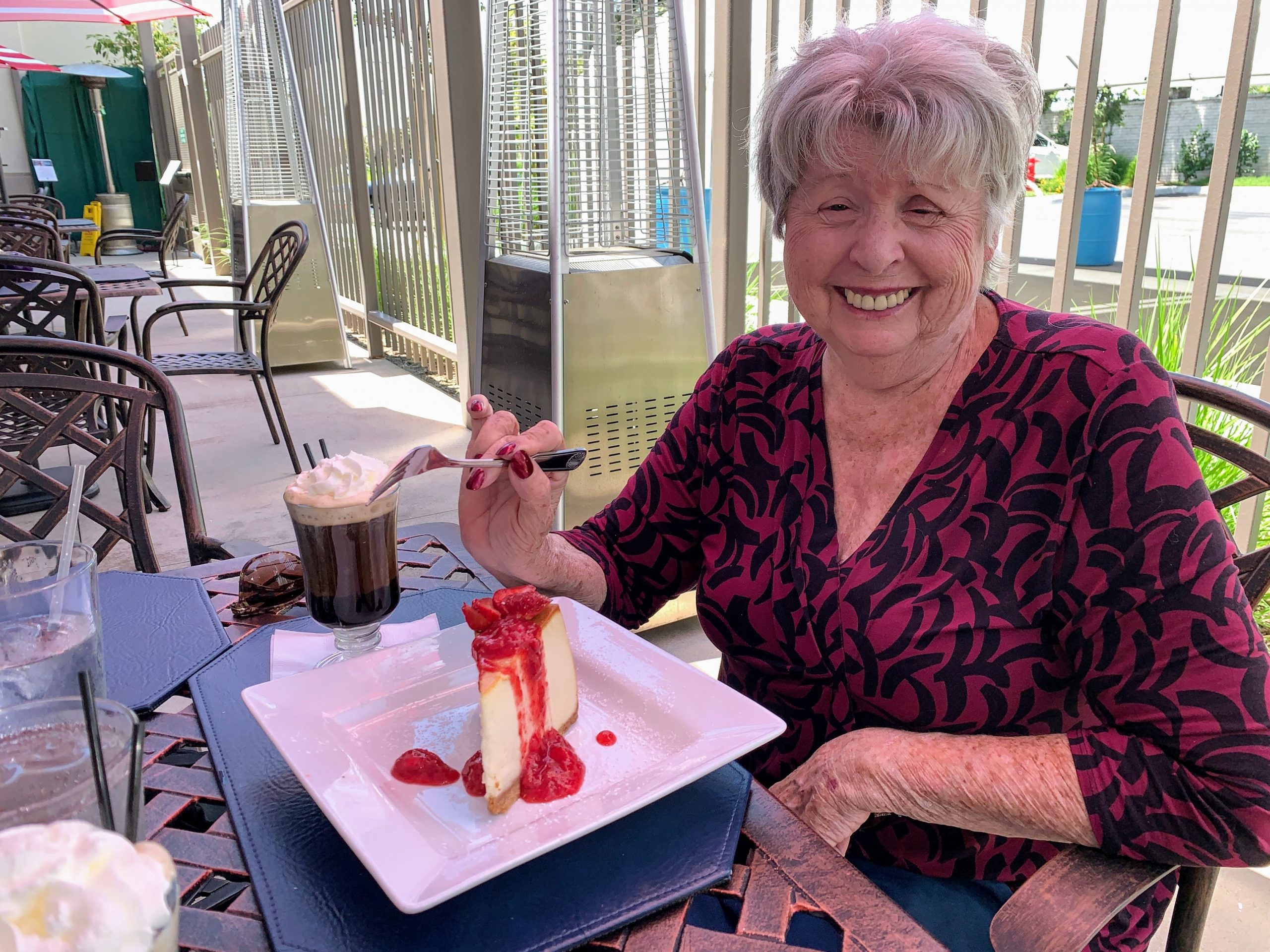 She forced me to eat desserts!  Well, perhaps “forced” is too strong a word.

When arriving back home, the main course was still a puzzle. 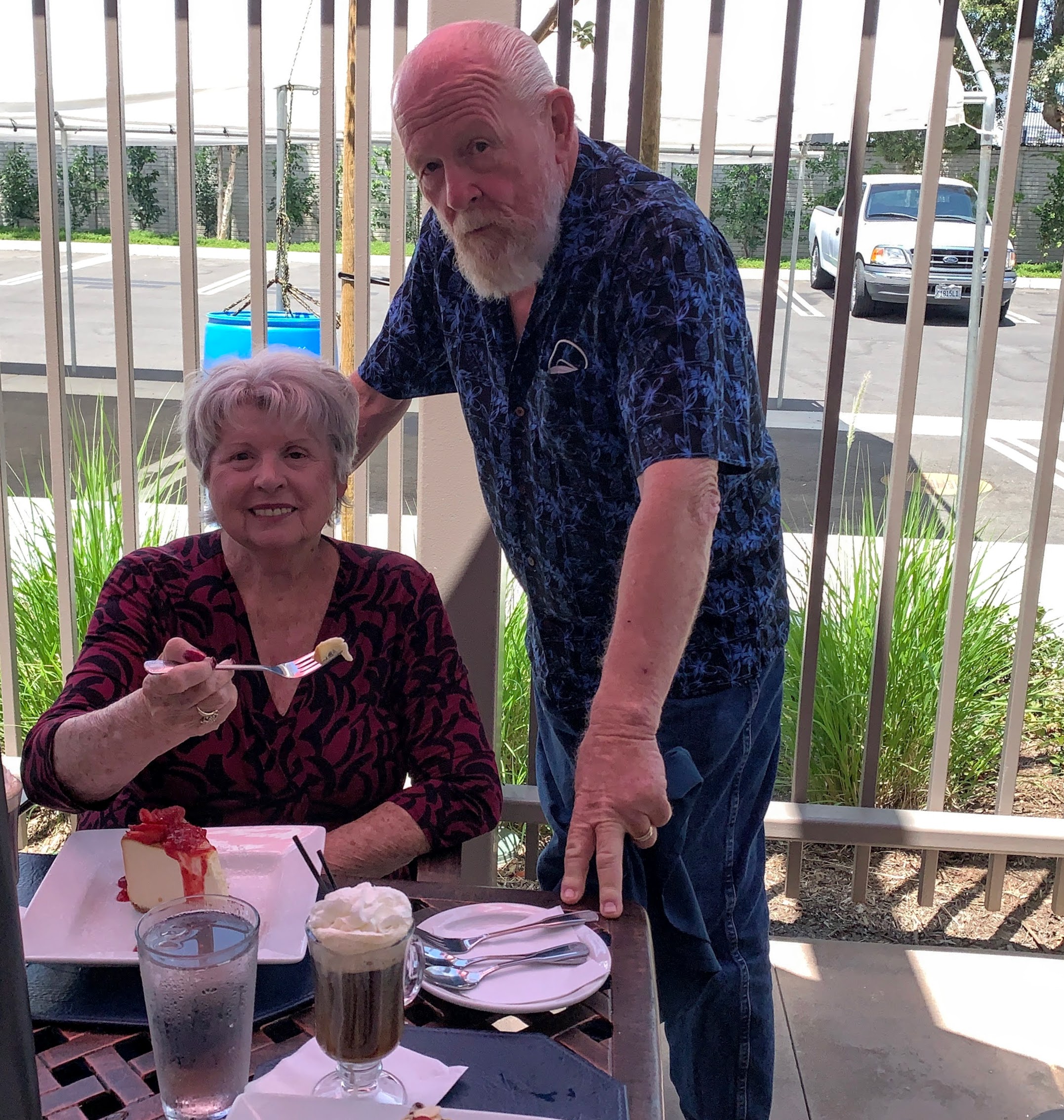 Friends for over 60 years!

Home, stuffed, and wary of the bathroom scales comments tomorrow morning, it was quickly decided a walk was needed.  The iPhone was fired up, indicating 100% charge batteries!  Nimble fingers working the controls, the pedometer and Irish folk music buttons were pushed, it was now time.

You could hear the whoosh was the portly old man moved northward in the hood whistling an Irish tune and occasionally keeping the feet in time with the music. 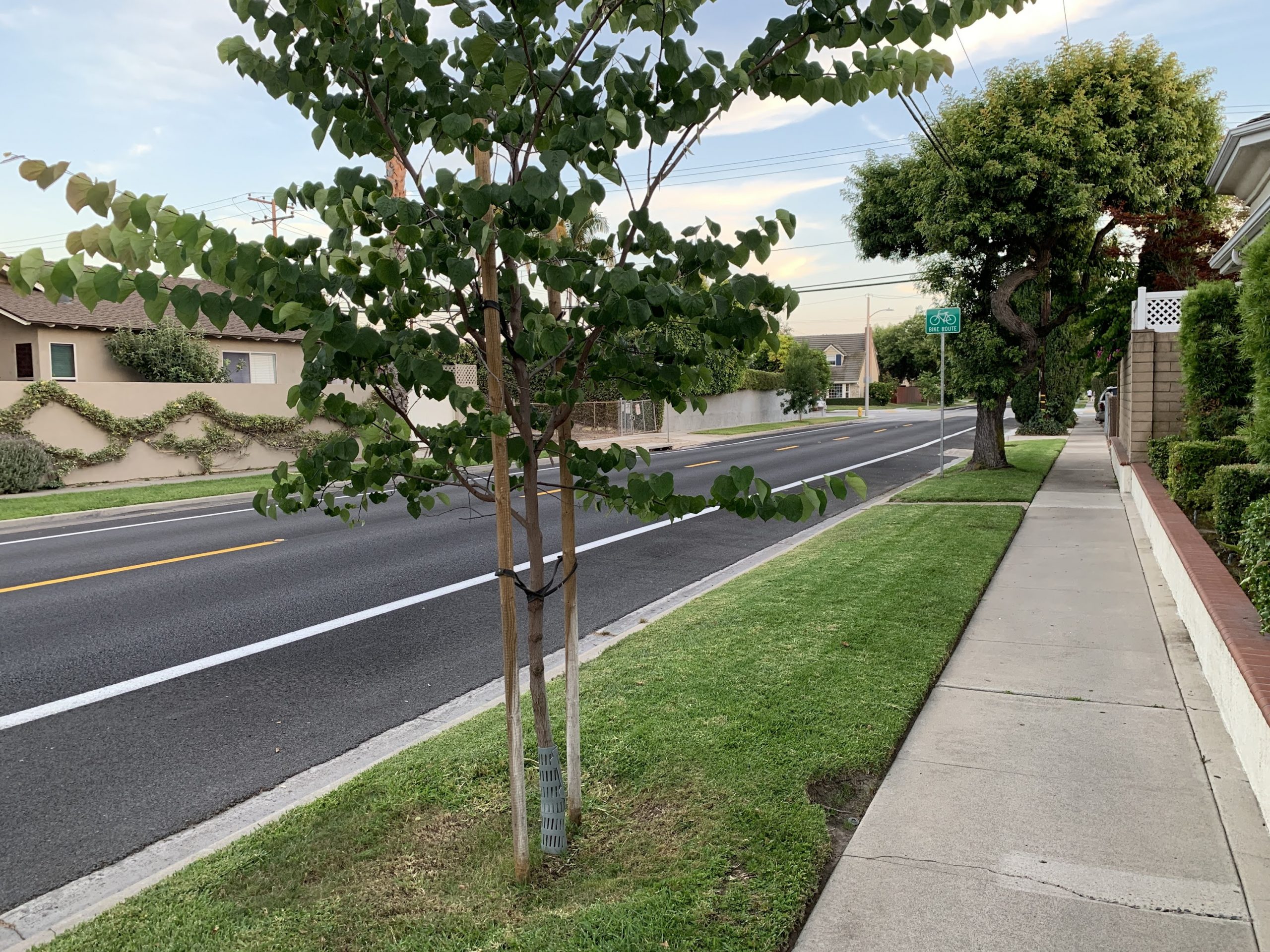 Time to walk off that dessert.

The walk began at 7:00 PM and ended close to 8:00 PM, as you can see by the sky and its rather abrupt color change from blue to gold. 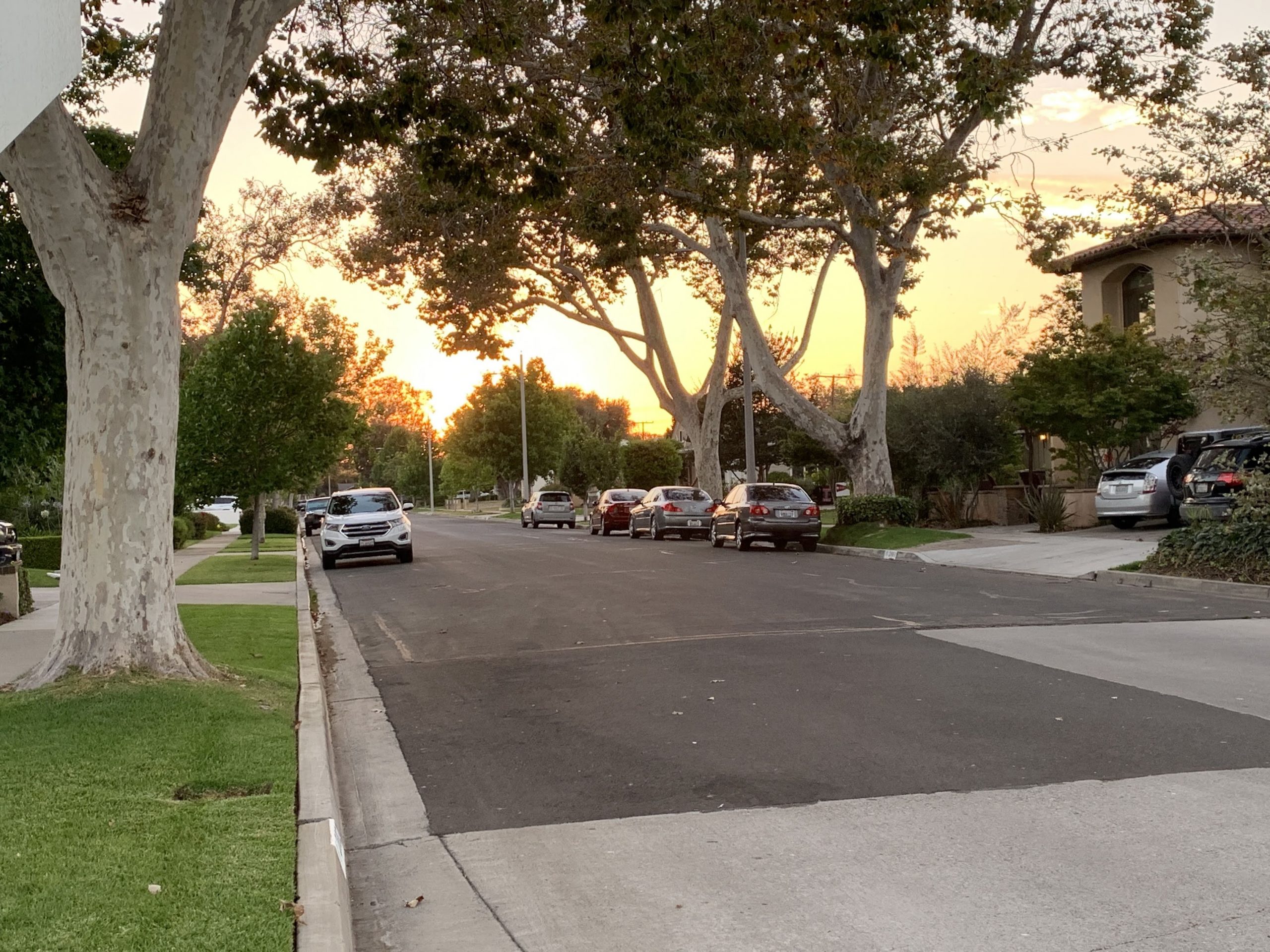 As the old bones got comfortable in the patio chair, the iPhone began to buzz, burp, and make other odd noises.  It was Lee who had just got back to Lake Elsinore.  Perfect timing as the main course was still a mystery!  The question was posed, hopefully, in an inconspicuous manner, “What did we eat for lunch?”  Fortunately, she remembered; we both had pastrami.  Then, I did remember the pickle! Not the sandwich, just the pickle!

A few minutes later, Marianne called, and we talked for about half an hour.  We share TV programs.  Today she suggested I watch IMBD’s “Middle,” and she was recommended Prime’s “Flipped.”  We will compare notes later on in the week.

It’s dark and time to venture inside.  The computer was fired up, and today’s Daily Diary was created while everything was fresh in the old noggin!  The iPhone again did the dance of the seven rings, and it was Robin, so we cemented the social calendar for the rest of the week!  Carefully putting the iPhone down so as not to wake its evil spirits, it came to life, and it was Greg.  Perhaps a phone operator’s headset might be a good thing to purchase?

Just an old retired guy trying to finish out my last years on this planet loving my best friend and wife, having fun, learning, and passing on helpful things to others.
View all posts by Paul →
This entry was posted in Dining Out, Family, Food and Wine, Friends, Walking. Bookmark the permalink.
Powered by Maribol IMDB Plugin