Time For A Walk!

No, really! Walking takes longer… than any other known form of locomotion except crawling. Thus it stretches time and prolongs life. Life is already too short to waste on speed.

It’s the truth… No, really!

I calls it “the cross-over walk” because I have no idea where I am going and I change my mind while on route!  This usually ends up in crossing my own path! Three more miles in my quest for 750 miles this year! 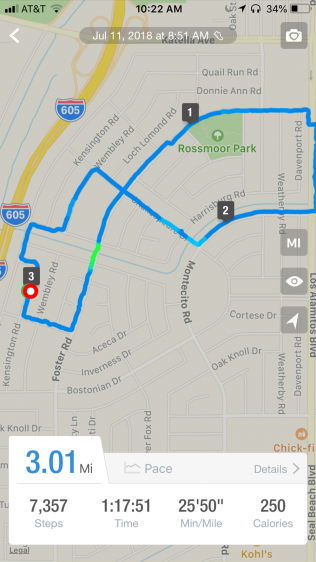 Another three miles under my belt

The red flowers always amaze me as red on a house fades, red on a car fades, red on a flower stays red until the leaves die.  Did you ever think about how many saying include the word “red”? 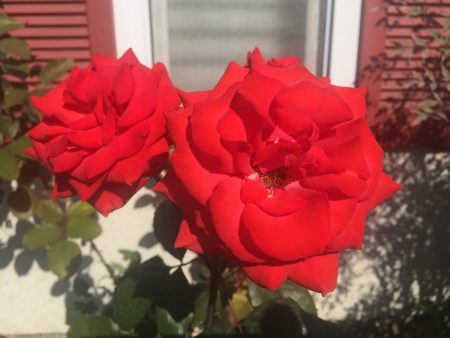 Now this here is red! 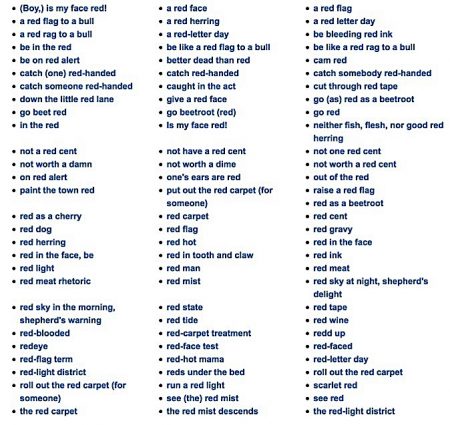 Saying with the word “red”

I often pass by Rossmoor Park on the way to the outer limits of our walled community. 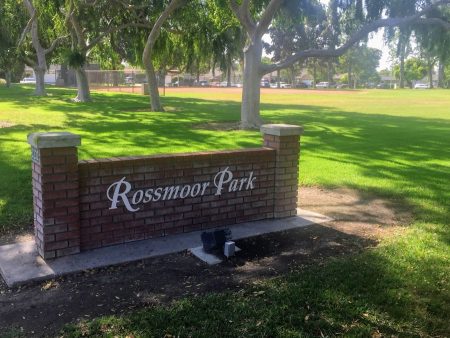 Walking by the park

I could not pass these by… Sitting up on the wall watching the world go by and getting pinker and pinker every day! They look like Bougainvillea. 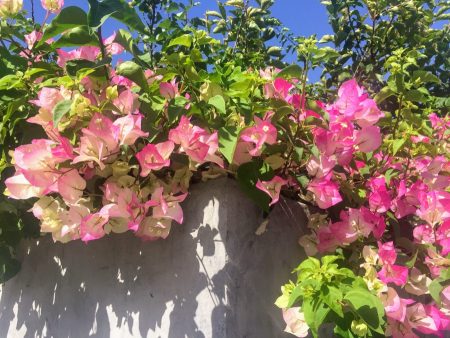 They are looking down upon the passers-by

Pink or purple, that is the question! They are that color because I think they like being talked about! 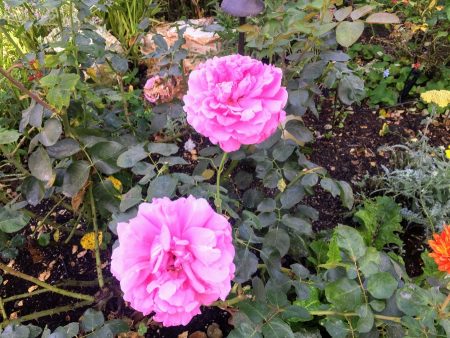 Our old friend red pops up again!  I saw some bees and then a question popped into my fuzzy little brain. Why do bee keepers wear white?

Did You Know? Most of the enemies of bees are very dark in colour: bears, skunks, raccoons, etc. Bees, in turn, have grown to dislike big dark animals approaching their hive. By wearing white, a beekeeper can approach and open the hive without the bees becoming defensive. 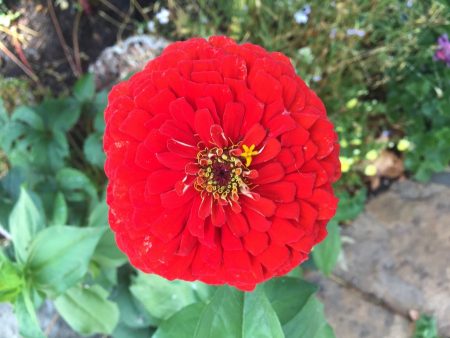 The cleaning folks were late today and we didn’t leave the house until about 4:30 PM and on the way to ORCC, we called Zack and he popped by and had some chicken wings with us before heading home.  We are blessed having Zack and Jon as grandsons… in their late 20’s and are happily married, own their own homes, and Zack has 1 and 8/9th’s kids… Remy will be here in about a month!

Random Thoughts:  I certainly do not feel old but, having dinner with my 27 year old grandson, Zachary, who owes his own home, has a beautiful wife and has presented us with a beautiful great granddaughter and soon to be great grandson gives me pause for thought.  I only wish his great grandmother and great grandfather could be here to see him and share in the joy he brings to the family.  Both Zack and Jon, our oldest grandson, are on a path to success with beautiful wives, homes, and occupations.  I hope I can be around for another 20 years and see the great great grandkids join the family…who knows?

I knew my great grandmother…Granny “B”, “B” was for Beatty.  She lived with us in our small home for several years and enjoyed crocheting  and listening to the old time radio programs.  She had no means of income as she was born in 1880, well before social security, and was in her 80’s when she passed in the mid 1950’s.

We popped home after visiting with Zack and spent the evening binge watching NCIS, season 2.

The second season of the police procedural drama NCIS was originally broadcast between September 28, 2004 and May 24, 2005 on CBS. This season shifts away from the naval setting of the show somewhat, and includes more character development than the first season.

With the episode “Lt. Jane Doe”, the show also introduced the foofs, a black and white “preview” which was shown at the beginning of each act of that episode and has continued to be used to this day.

Season two had Norfolk Case Agent Timothy McGee being promoted to a full-time field agent, and transferring to NCIS HQ in Washington to work with the Major Case Response Team. Tony DiNozzo nearly died of the pneumonic plague in “SWAK” while the season finale, “Twilight”, ended with a shocking and unexpected twist: Caitlin Todd was shot and killed by Ari Haswari.

Just an old retired guy trying to finish out my last years on this planet. I lost my best friend and wife in early 2020. I was blessed again by reconnecting with Dr. Mary Côté, a long-time friend. Mary and I got married July 28th, 2021, and are enjoying life together and plan to spend the rest of our lives being a blessing to our friends and family.
View all posts by Paul →
This entry was posted in Family, Just Us, Walking and tagged Family, Old Ranch, Walking. Bookmark the permalink.