We stayed around the house today with Paul heading to the garden t clean out remaining dead veggies.  Sue paid the bills and we closed up the house and turned on the air.  Actually, the temperature never got over 84 ay our home.  Sue fixed lunch and then Paul took a short nap!

Paul was “heartbroken” when he saw the nextarine tree.  We had transplanted it once and Paul was so careful to remove the poor fruit.  The tree was really loaded with fruit and we were about to start picking.  Two of the limbs just broke dropping to the ground.  We removed as much fruit as we cold hoping it would ripen inside the house.  So far, so good! 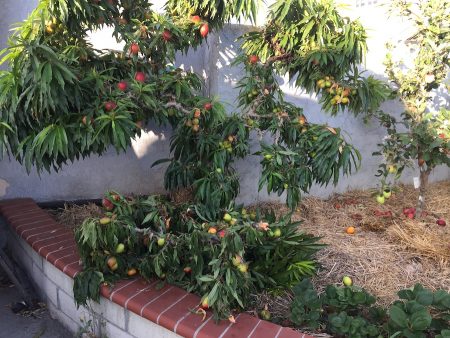 While Sue did the bills, Paul took a trip to H&H Nursery in Lakewood and picked up three tomatoes, some cucumbers, onions, and various other goodies including two Big Max Pumpkins (for the little boys next door).  we put pumpkin plants in the front yard next to their house and they watched them grow for month!

Did You Know: Big Max is a large variety of squash that can exceed 100 pounds (45 kg) and 20 in (510 mm) in diameter under ideal growing conditions. Hybrid cucurbit varieties such as Big Max are not true pumpkins, but instead “squash-type pumpkins”. They are often bright orange in color, with fine-grained, yellow-orange flesh. The skin, deeply ribbed and slightly roughened, can grow to be 3 to 4 in (76 to 102 mm) thick, making them favorable for storage. The flesh has been described as good for canning and freezing. However, their size often makes utilizing them for culinary uses cumbersome, and they lack the flavor and texture present in smaller pumpkin varieties.

After getting home, Paul worked about two more hours in the garden preparing the beds, moving the Grow-Mulch bags to the back yard, and moving the blueberries into the side yard and out of the direct sun.

We then got cleaned up and headed to Cerritos to see “Oklahoma!”  Oh dear, that resulted in Paul whistling Oklahoma the rest of the night! 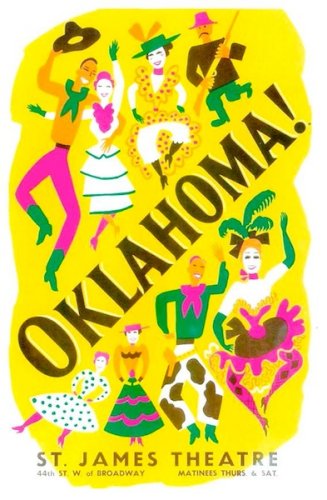 The original poster circa 1943

Just an old retired guy trying to finish out my last years on this planet. I lost my best friend and wife in early 2020. I am involved seriously with a long-time friend, Mary, and life goes on.
View all posts by Paul →
This entry was posted in Food and Wine, Gardening, Theater and tagged Romance, Theater, Vegetable Gardening. Bookmark the permalink.