What Rain? Then Rain!

Paul decided to not walk as it was supposed to rain and the clouds looked a little threatening.

We did have success at catching a brown rat, also referred to as common rat, street rat, sewer rat, Hanover rat, Norway rat, Norwegian rat, or wharf rat (Rattus norvegicus).  We call them Fruit Rats as they go after our citrus leaving them hollowed out and sometimes on the tree.  The trap on the fence adjacent to the tree worked well!

It’s mid afternoon and dark clouds began to form and finally came they came over the house and released a downpour!  This is a good thing for our garden! 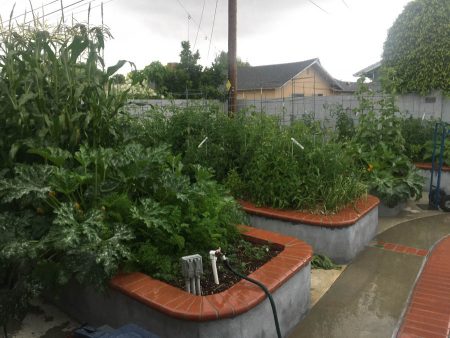 Late in the afternoon cabin fever caught up with up so we went to Kobe Steakhouse for dinner and a drink! When we departed it began hailing.  Loads of small white hail stones pelted the driveway and windshield.

Time to dine! The octopus carpaccio was outstanding. 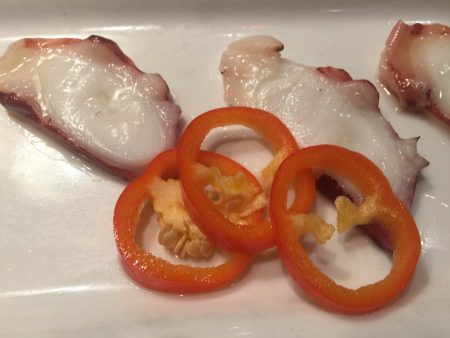 While we were dining, we kept feeling like someone was watching! 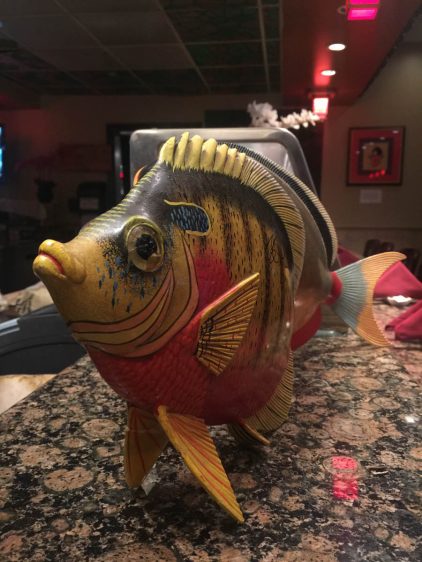 Why is he watching us?

Sei, the other sushi chef, made Paul a special meal. It was called a “stack”  by Sei.  It was quite delicious. 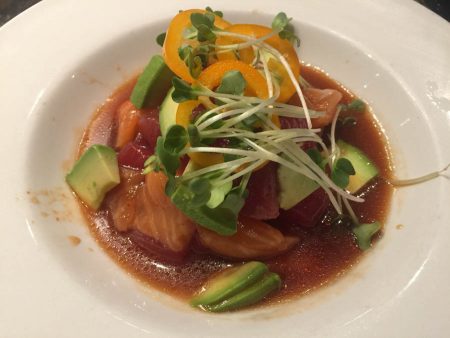 S special provided by the chef

Paul requested BBQ Eel sashimi.  It was a beautiful presentation. 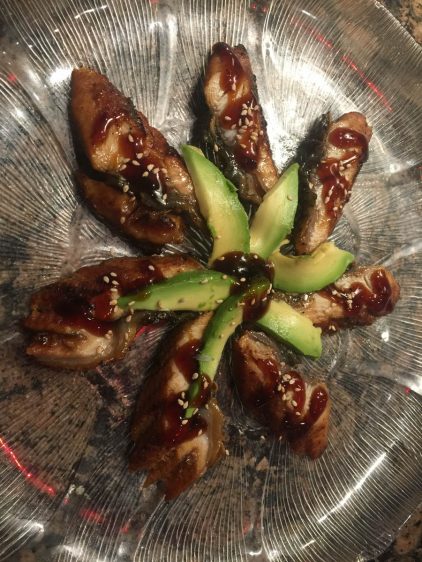 To cap off the evening, Paul requested salmon eggs or roe. Roe  or hard roe is the fully ripe internal egg masses in the ovaries, or the released external egg masses of fish and certain marine animals, such as shrimp, scallop and sea urchins. As a seafood, roe is used both as a cooked ingredient in many dishes and as a raw ingredient. The roe of marine animals, such as the roe of lumpsucker, hake and salmon, is an excellent source of omega-3 fatty acids. Roe from a sturgeon or sometimes other fishes is the raw base product from which caviar is made. 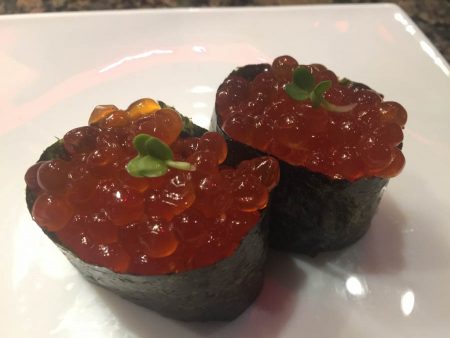 We headed for home about 7:30 PM and when we walked outside, the sky was afire!  We thought about going to the ocean to see it but we did not have enough time! 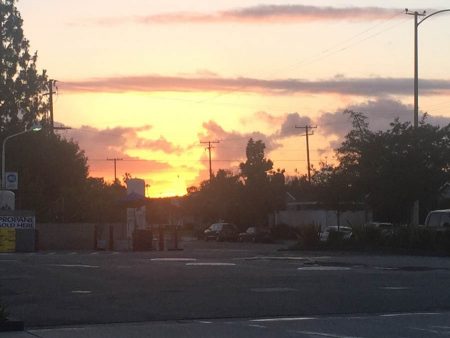 Home safe and sound!  We watched some TV and Cheers and then crashed about 11:40 PM.

Just an old retired guy trying to finish out my last years on this planet loving my best friend and wife, having fun, learning, and passing on helpful things to others.
View all posts by Paul →
This entry was posted in Food and Wine, Gardening, Uncategorized and tagged Dining Out, Kobe Steakhouse, TV Movies. Bookmark the permalink.
Powered by Maribol IMDB Plugin