It’s a beautiful but cool day and guess what… No rain!  Paul took an hour walk and took no pictures!  Paul just enjoyed the outing and stretching his legs! We had a great lunch and then departed as the cleaning folks arrived.

Where did we go?  Old Ranch and golf!  We have played very little lately but now that the weather is getting better perhaps more golf is in our future. 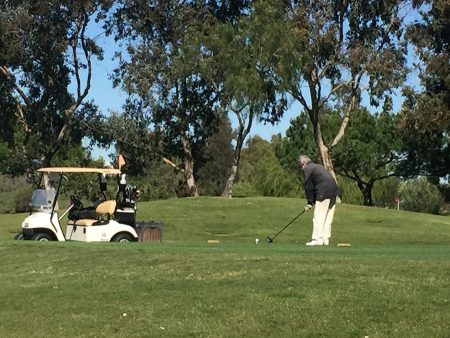 Mighty Sue is up to bat

As we return on number nine, the old tree looked like it was taking a nap but in reality, it just fell over. It seems funny that a tree having been there for fifty years decides to fall over. Between the mushy ground caused by weeks of rain and the top being heavy with water, the roots just could not hang on anymore.

Did You Know? The first root that comes from a plant is called the radicle. A root’s four major functions are:

1) absorption of water and inorganic nutrients,

2) anchoring of the plant body to the ground, and supporting it,

3) storage of food and nutrients,

4) vegetative reproduction and competition with other plants. In response to the concentration of nutrients, roots also synthesise cytokinin, which acts as a signal as to how fast the shoots can grow.

Roots often function in storage of food and nutrients. The roots of most vascular plant species enter into symbiosis with certain fungi to form mycorrhizae, and a large range of other organisms including bacteria also closely associate with roots. 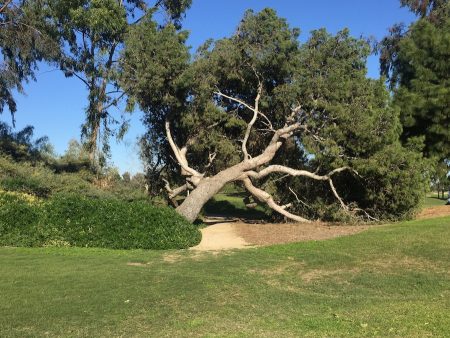 Yes! The rain took care of 23 trees on the course!

We looked up “Tree Roots” and this is what we saw…. Huh?

Did You Know? Van Gogh spent the last few months of his life in Auvers-sur-Oise, a small town just north of Paris, after he left an asylum at Saint-Rémy in May 1890.  The painting is considered by some to be his last painting before his death late July 1890.

After some Happy Hour with James and Bunnaford, we departed for Patty’s Place.  Paul ended up having beef-barley soup again and it was fantastic!  We talked to the locals for a couple of hours.  An old friend from Boeing  came in and we talked about Boeing for quite a while.  We have been retired almost ten years now! 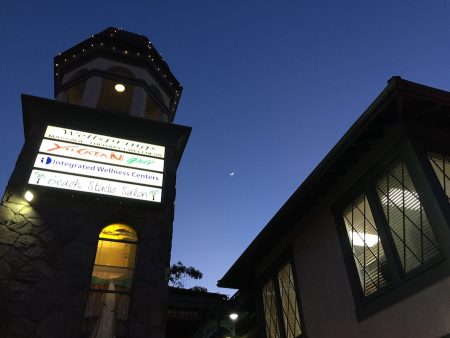 We got home and watched some TV and hit the sack early again!  Tomorrow is Tomato Mania day!

Just an old retired guy trying to finish out my last years on this planet. I lost my best friend and wife in early 2020. I was blessed again by reconnecting with Dr. Mary Côté, a long-time friend. Mary and I got married July 28th, 2021, and are enjoying life together and plan to spend the rest of our lives being a blessing to our friends and family.
View all posts by Paul →
This entry was posted in Food and Wine, Friends, Fun and tagged Dining Out, Friends, Golf, Old Ranch, Patty's Place. Bookmark the permalink.