Dining Day! Out Darned Calories, Out!

Paul headed out the door at 8:45 and did an hour and a quarter without a single problem! This is looking good!  We got cleaned up and departed at 11:00 AM for Javiers where we had lunch with Renee and Nicole!

Did You Know? A goal of 10,000 steps per day was created as a promotion by a pedometer company in Japan in the 1960s and it became popular as it was adopted by walking clubs. It wasn’t based on research, it just sounded good.

Once the goal of 10,000 steps per day was established, researchers played catch-up and found it was a good indicator you were getting somewhere near the recommended amount of physical activity during that day to reduce health risks. Now many activity monitors and pedometer apps use it as a standard goal.

We do 10,000 per day all the time between dancing, walking, and the treadmill! 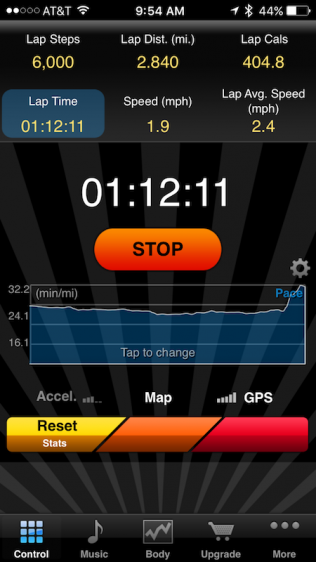 Bopping on down the avenue

Valentines Day must be close as several houses had their decorations up.  Paul is sure there is more to come! 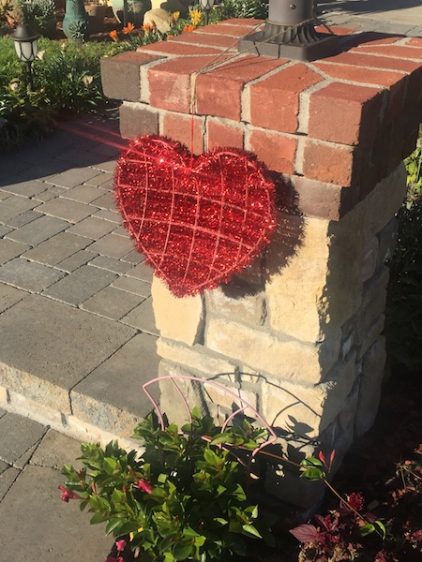 Decorations are already out and about

To Irvine Spectrum to go dining at Javier’s.  The food and service were outstanding and the company very special!  Nicole and Rene are going to have a baby and they called us saying they would be a little late… The baby was not cooperating!  (i.e. Morning Sickness).  Side Note: They are very responsible and polite people texting us so we would not be worried!

So we hd a great lunch, laughed and giggle and Paul surprised Nicole with a cold glass of milk with pickles!  We watched, she did NOT drink it!  The waiter thought Paul was a bit “loco en la cabeza”.  Paul thought that was a kn own fact! 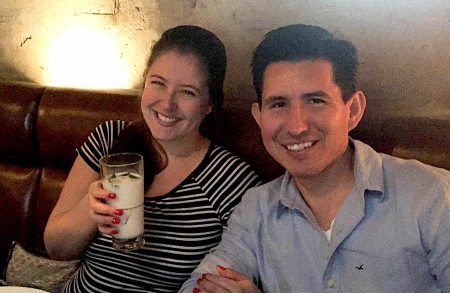 Nicole gets a surprise from Paul

We went home for a while before getting ready for meal number two of the day!

Our grand kids brought Miss Lilly for Italian at That’s Amore and they asked us to join them!  More fun… More food!  Sue saved the day by getting the to-go boxes delivered early and hiding the food from Paul! 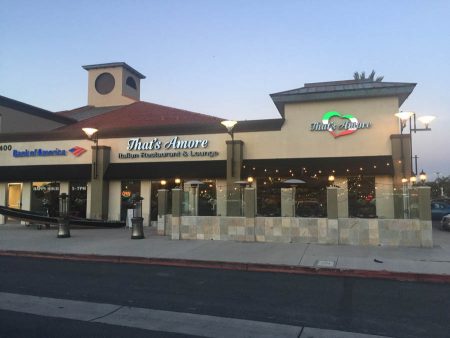 We had Frank Sinatra Jr. singing tonight.  There is a young man with a great voice who sings on Friday and Saturday evenings.  He walks around, like in a supper club, greeting the folks and singing to them.  Miss Lilly got a kick out of it! 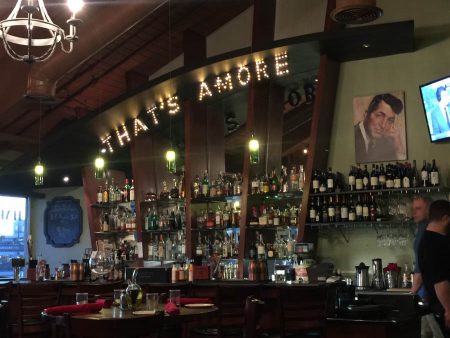 Another pleasant meal with great kids… It seems funny that here we are having dinner with the person we held in our arms 27 years ago! He is a GREAT daddy and married to a delightful responsible and funny young lady with his own little pile of joy!  Sue and Paul decided we are getting old… But, not too old yet! 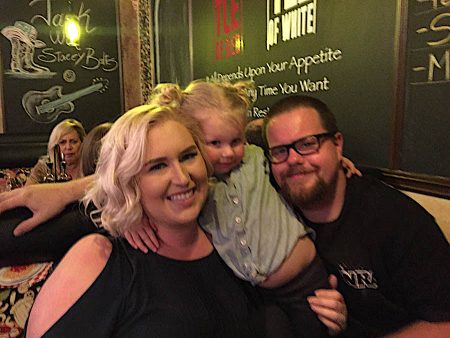 Dining with the Grand Kids and Great Grandkids!

After Italian we headed to the Garden Grove Elks and again had a great time dancing.  Paul was able to avoid ordering dinner for fear that this week’s work trying to loose weight would go away!  Tomorrow morning will tell.  We are shooting for 214 pounds!  We danced until past 10:00 and then headed home to the TV and some more “Dick Van Dyke” reruns!

So… You thought you knew it all huh!  Not quite so fast there pardner!  Did you know:

A dime has 118 ridges around the edge.

A crocodile cannot stick out its tongue.

A dragonfly has a life span of 24 hours.

A goldfish has a memory span of three seconds.

A shark is the only fish that can blink with both eyes.

A snail can sleep for three years.

All 50 states are listed across the top of the  Lincoln Memorial on the back of the $5 bill.

Almonds are a member of the peach family.

An ostrich’s eye is bigger than its brain.

Babies are born without kneecaps. They don’t appear until the ch ild reaches 2 to 6 years of age!

Butterflies taste with their feet.

Cats have over one hundred vocal sounds. Dogs only have about 10.

“Dreamt” is the only English word that ends in the letters “mt”.

February 1865 is the only month in recorded history not to have a full moon.

In the last 4,000 years, no new animals have been domesticated.

If the population of China walked past you, in single file, the line would never end  because of the rate of reproduction.

If you are an average American, in your whole life, you will spend an average of 6 months waiting at red lights.

It’s impossible to sneeze with your eyes open.

Maine is the only state whose name is just one syllable.

No word in the English language rhymes with month, orange, silver, or purple.

Our eyes are always the same size from birth, but our nose and ears never stop growing.

Peanuts are one of the ingredients of dynamite.

“Stewardesses” is the longest word typed with only the left hand and “lollipop” with your right.

The average person’s left hand does 56% of the typing.

The cruise liner, QE2, moves only six inches for each gallon of diesel that it burns.

The microwave was invented after a researcher walked by a radar tube and a chocolate bar melted in his pocket.

The sentence: “The quick brown fox jumps over the lazy dog” uses every letter of the alphabet.

The winter of 1932 was so cold that  Niagara Falls froze completely solid.

The words ‘racecar,’ ‘kayak’ and ‘level’ are the same whether they are read left to right or right to left (palindromes).

There are 293 ways to make change for a dollar.

There are more chickens than people in the world.

There are only four words in the English language which end in “dous”:  tremendous, horrendous, stupendous, and hazardous

There are two words in the English language that have all five vowels in order:  “abstemious” and “facetious.”

There’s no Betty Rubble in the Flintstones Chewables Vitamins.

TYPEWRITER is the longest word that can be made using the letters only on one row of the keyboard.

Winston Churchill was born in a ladies’ room during a dance.

Women blink nearly twice as much as men.

Your stomach has to produce a new layer of mucus every two weeks;  otherwise it will digest itself.
Now you know everything

Just an old retired guy trying to finish out my last years on this planet. I lost my best friend and wife in early 2020. I was blessed again by reconnecting with Dr. Mary Côté, a long-time friend. Mary and I got married July 28th, 2021, and are enjoying life together and plan to spend the rest of our lives being a blessing to our friends and family.
View all posts by Paul →
This entry was posted in Dancing, Family, Food and Wine, Friends, Fun and tagged Dancing, Dining Out, Elks Lodge, Family, Friends. Bookmark the permalink.