We began with breakfast with James at Old Ranch and then proceeded to play an excellent round with both James and Paul shooting in the 80’s!  Life is good.  Bunnaford joined us on seven and played the remaining holes.  On eight we got a little visit from our friends…. 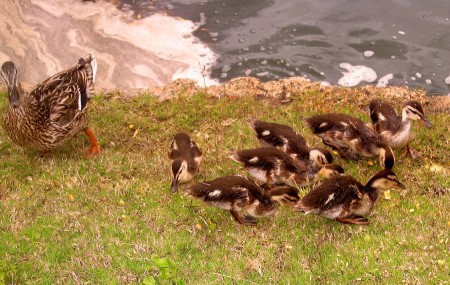 Mama duck allows her brood to get of the water and visit us!

The weather was changing about every ten minutes.  Well almost called it a day on nine when it started raining and then ten minutes later, sunshine!  Bunnaford called it “Midwest weather!” 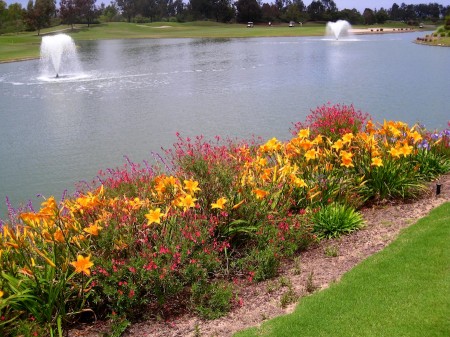 Thge flowers were so happy thay almost jumped out of the ground!

This is the Old Ranch roundup weekend so the camping arrangement were underway on 15.  Bunnaford found a friend and he needed a little TLC. 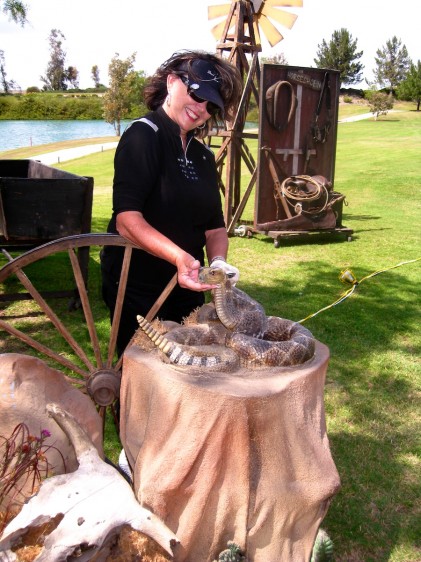 JAmes and Paul snapped a picture and then ran away!

After a most excellent game we had a bit of libation on the 19th hole and then ran like the wind to visit and feed the babies before heading to Downtown Disney to have cocktails and dinner with Robin and Bob who were celebrating their 10th wedding anniversary!  We had a most delightful evening!  It was cold so we bypassed the fireworks (since we are both fighting a cold) but it appears the fireworks were cancelled due to the high winds.  We went home and didn’t even go to the Elks. 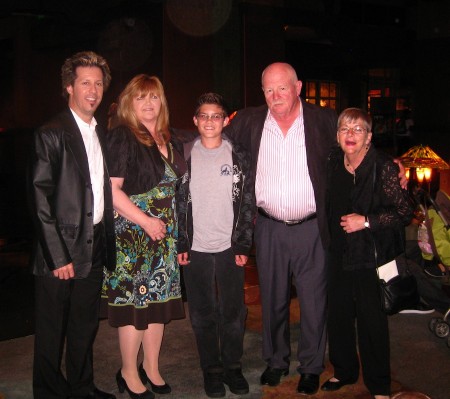 In the Grand Californian Hotel at Disneyland's Downtown Disney 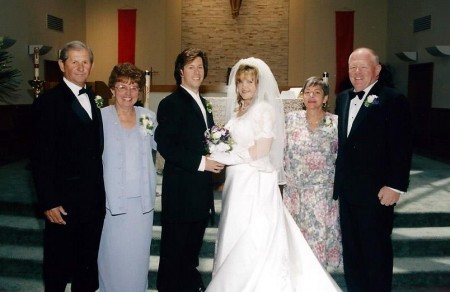 Just an old retired guy trying to finish out my last years on this planet. I lost my best friend and wife in early 2020. I am involved seriously with a long-time friend, Mary, and life goes on.
View all posts by Paul →
This entry was posted in Family, Friends and tagged Anniversary, Celebration, Disneyland, Family, Friends, Golf, Old Ranch, Wine. Bookmark the permalink.