Ouch… Dancing Can Be Dangerous

After the the last dance of the night at Alpine Village on Monday, Sue complained of her knee hurting.  We limped to the car thinking she pulled a muscle and the morning would reveal no problems.  However, when we got up this morning it was still hurting and she needed a cane to get around.  We cancelled our trip to the Huntington and went to see Dr. Pauer.  X-rays revealed a bone spur and compensating the knee moved toward a bursae which moved close to some floating calcium.  Instructions were to do not put stress on the leg for a few days. (Note: She is feeling much better today)

We went to Old Ranch for Taco Tuesdays and were by ourselves (sort of) as James was tending to Linda and Bunnaford was stuck in Chicago in a windstorm. 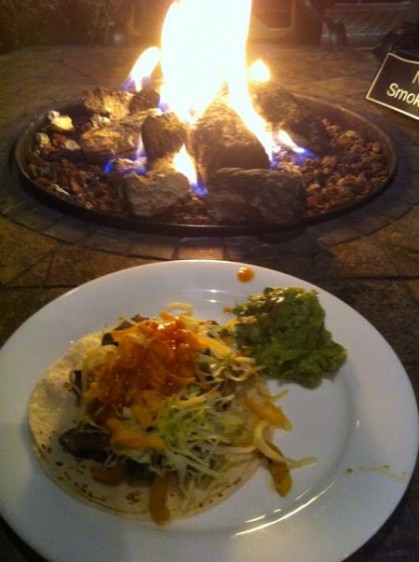 Tacos roasting by the open fire....

In fact: “The fifth windstorm of fast-fading and unusually windy November 2011 blasted the Chicago area Tuesday with gusts to 60 mph. The powerful winds forced the closing of popular bike paths along Lake Michigan as mammoth waves, some up to 17 ft. high, lambasted the Chicago shoreline. For more than 60 consecutive hours, howling northerly winds traveled the length of Lake Michigan into the city, churning and discoloring the lake water as silt was lifted by the wave action, and building towering swells.

So powerful and persistent were the winds, they contributed to a storm surge-like rise in water levels, measuring as much as 26 inches at one point Tuesday by the NOAA water-level gauge at Calumet Harbor.

Peak wind speeds Tuesday included 60 mph at the WeatherBug sensor at Soldier Field and at the city’s Harrison-Dever crib 3 miles offshore. Other impressive gusts were clocked at 57 mph at Whitney Young High School in the city; 55 mph Lowell and Gary IN; 53 mph at Blue Island, 52 mph Oak Lawn and 51 mph at East Chicago, Lombard and Hinsdale. The highest official city wind gusts topped out at 48 mph at Midway and 46 mph at O’Hare.” 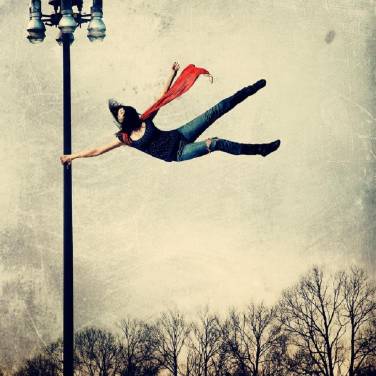 We were thinking about Bunny

After tacos we headed for home and did Christmas Movies! Our first movie was “Eve’s Christmas” circa 2004 . A wealthy and successful career woman gets a second chance in life when a magical wish transports her back in time eight years to when she walked away from her fiance to lead a business life in New York. 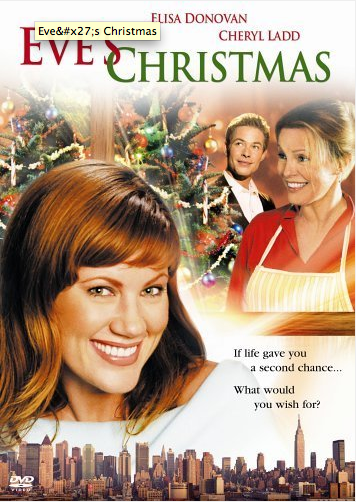 We then turned to “Desperately Seeking Santa”  with was made in 2011.  Summary: Jennifer, a young, ambitious executive running promotions at a failing Boston mall comes up with a genius promotional gimmick to save her workplace and position herself for advancement: hold a “Hunky Santa” contest to replace the old Mall Santa. David, a local man trying to save his family’s pizzeria, ultimately wins the contest and sparks fly between him and Jennifer. However, complications ensue when it comes to light that the company Jennifer works for is the same one trying to run David’s family out of business.

Great movie and the actors just made you feel good

Just an old retired guy trying to finish out my last years on this planet. I lost my best friend and wife in early 2020. I was blessed again by reconnecting with Dr. Mary Côté, a long-time friend. Mary and I got married July 28th, 2021, and are enjoying life together and plan to spend the rest of our lives being a blessing to our friends and family.
View all posts by Paul →
This entry was posted in Food and Wine, Friends, Fun, Movies and tagged Christmas, Dining Out, Old Ranch, TV Movies. Bookmark the permalink.