The Week Is Half Gone; So Are We!

Fact: According to a survey, bosses are most receptive to requests from their employees on a Wednesday.  So if you’re going to ask for a pay rise or a holiday, make sure you do it on a Wednesday.

Gaining courage after today’s fact, I will ask Mary for a pay raise!  I hope that I see the sunset!

Poor Scout has been biting himself, so it is off to the vet.  We came home with a $1000+ bill and a new “cone of shame.”  He went next door to visit his friend. 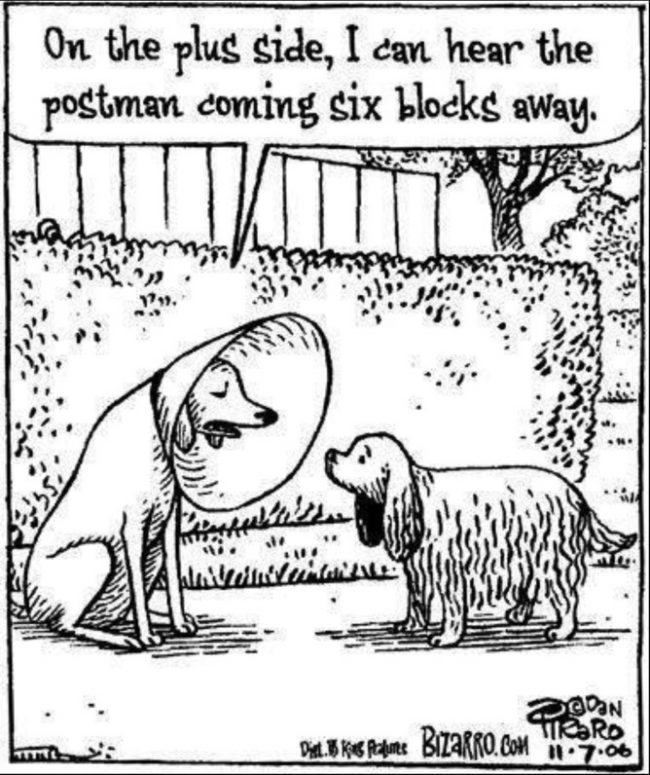 The Postman does not have a chance now!

While Scout was getting care, we went to downtown Orange, the circle, and had brunch 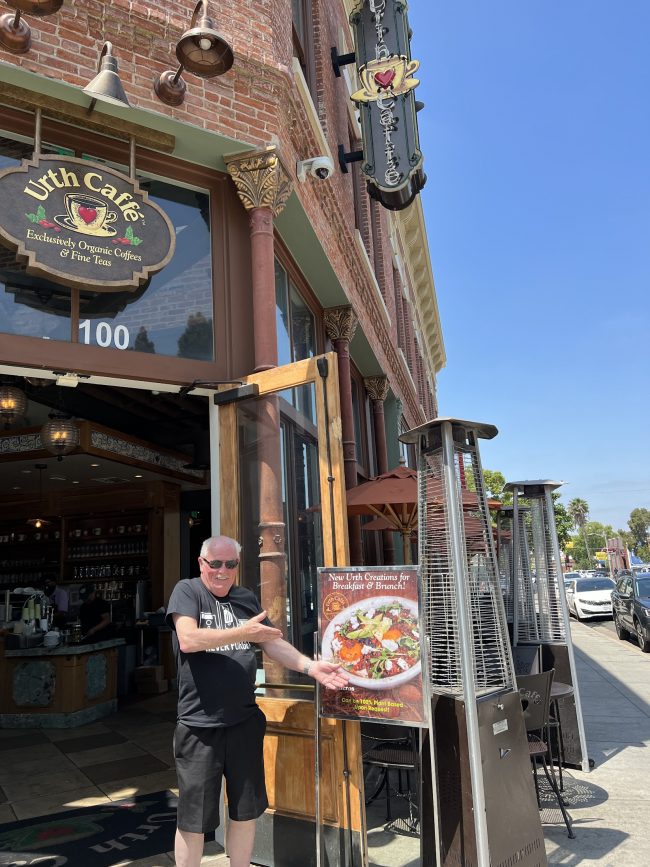 At 1:00 PM, we headed to Banning to visit Annie and Virgil.  We took the rocket, Precious, as she needed to run and get charged up.  It was an hour’s drive, and we had a great visit.  They live on a golf course, and we got visitors. 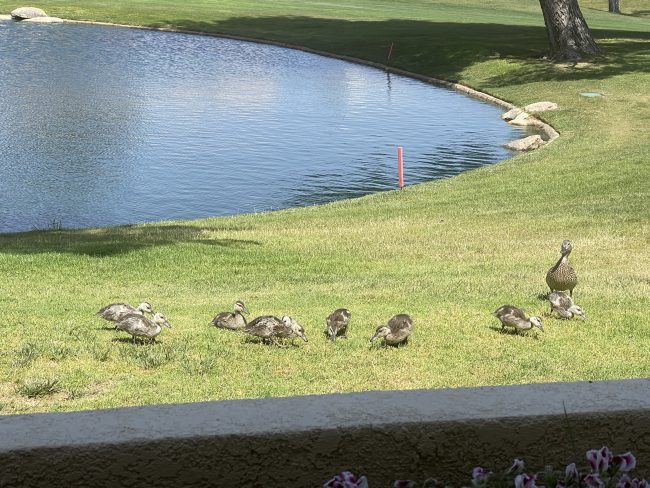 The babies were out in full force!

Why do ducks make great detectives? They always quack the case.

After getting near home, we stopped at Ralph’s and got the ingredients for more bean soup.  The one from yesterday is long gone!

We watched two movies as we prepared and ate dinner.  First, it was “Death In Paradise.”  Jesse Stone: Death in Paradise is a 2006 American made-for-television crime film directed by Robert Harmon and starring Tom Selleck, Viola Davis, and Kohl Sudduth.  Based on the 2001 novel Death in Paradise by Robert B. Parker, the film is about a small-town police chief and struggling alcoholic who investigates the murder of a teenage girl whose body is found floating in a lake.  The case brings the former LAPD homicide detective into the affluent world of a bestselling writer who exploits troubled teens and the violent world of a Boston mobster.  Filmed on location in Nova Scotia,[2] the story is set in the fictitious town of Paradise, Massachusetts.  Jesse Stone: Death in Paradise is the third in a series of nine television films based on Parker’s Jesse Stone novels.  The film first aired on the CBS television network on April 30, 2006.

What do you call a crocodile that is a detective? An investi-gator.

Then we watched “Sea Change.”  Jesse Stone: Sea Change is a 2007 American made-for-television crime drama film directed by Robert Harmon and starring Tom Selleck, Kathy Baker, and Kohl Sudduth.  Based on the 2006 novel Sea Change by Robert B. Parker, the film is about the police chief of a small New England town who investigates the unsolved murder of a bank teller shot during a robbery and an alleged rape that draws him into conflict with the town council.  It hopes to preserve the town’s reputation as an ideal seaside resort.  Filmed on location in Nova Scotia, the story is set in the fictitious town of Paradise, Massachusetts.  Jesse Stone: Sea Change is the fourth in a series of nine television films based on Parker’s Jesse Stone novels.

We finally crashed as we had to be at the gym at 8:15 AM.  One last stroll around the backyard was required. 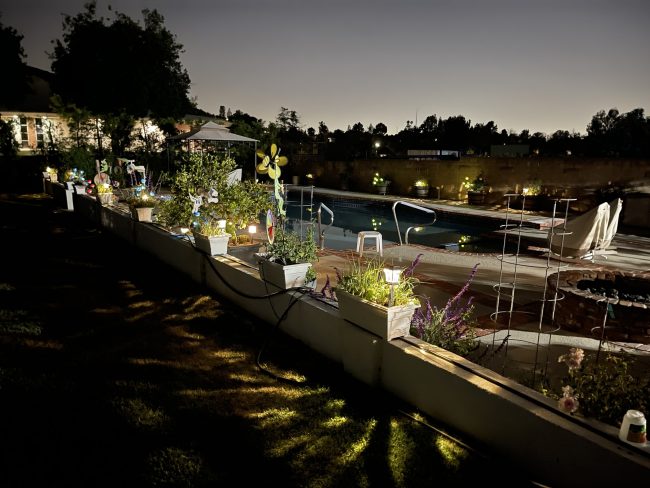 Time to lock up and go to bed!

Just an old retired guy trying to finish out my last years on this planet. I lost my best friend and wife in early 2020. I was blessed again by reconnecting with Dr. Mary Côté, a long-time friend. Mary and I got married July 28th, 2021, and are enjoying life together and plan to spend the rest of our lives being a blessing to our friends and family.
View all posts by Paul →
This entry was posted in Cooking, Movies, Working Around House. Bookmark the permalink.