Golf, Happy Hour And The Elks

It’s Friday so time to go to ORCC for breakfast before a day on the links!  We played 18 and Bunnaford joined us on the back nine!  Great day for Paul…. Shot a 94!  We had a drink afterwords on the 19th hole and then departed for home in order to channge and go to Happy Hour #2.

The Riviera Restaurant was our next watering hole where we met the gang!  James and Linda Cathey, Bunny and Tom Burns,  Ernie and John, and the instigator of hole #2,  Moniker Cambioso! ts continental tradition of dining has been a part of Orange County Scene for over thirty years. It was one of the first classical gourmet restaurants of its kind when it opened in the South Coast Plaza in 1967. After thirty years of successful operation in South Coast Plaza, this award winning restaurant has moved to the City of Westminster in the location of another legendary landmark restaurant “The Fireside.”

We then headed for the Elks for an evening of German dining and dancing…. After all, it is Oktoberfest! 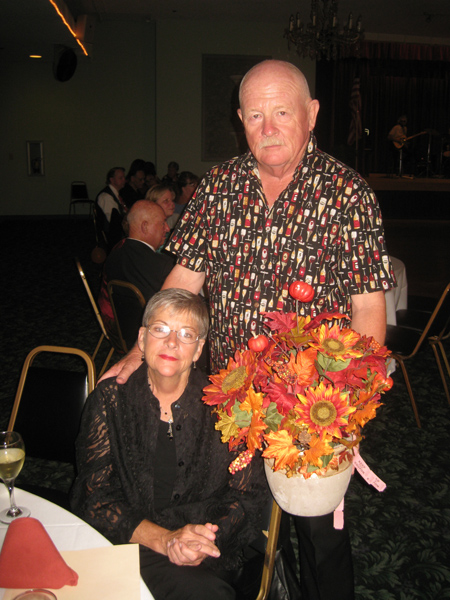 We won a prize! Wow! Then we gave it to a person who really wanted it!

Just an old retired guy trying to finish out my last years on this planet. I lost my best friend and wife in early 2020. I am involved seriously with a long-time friend, Mary, and life goes on.
View all posts by Paul →
This entry was posted in Dancing, Food and Wine, Friends and tagged Dancing, Dining Out, Elks Lodge, Food, Friends, Old Ranch, Wine. Bookmark the permalink.