Mid Week And All Is Well

Why don’t mummies take time off? They’re afraid to unwind. 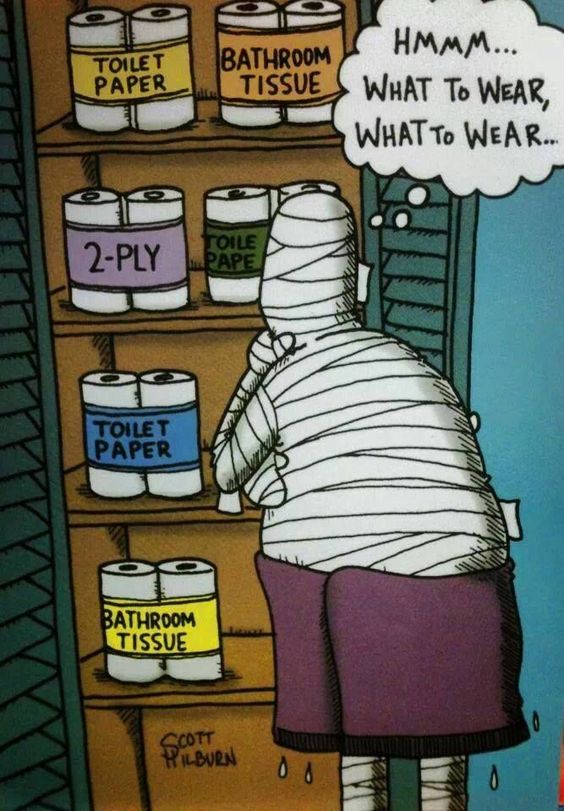 We decided that our beautiful new waterfall is coming inside the house and will be by the fireplace as soon as the fireplace is completed.  It is too pretty to leave outside to the elements.

The card from our friends who chipped in to buy the fountain was terrific, thanks to Miss Vicky, who is so talented and creative. 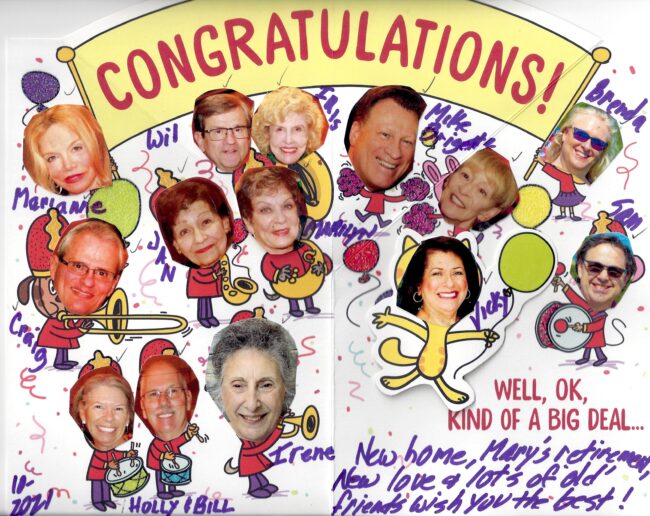 We are lucky to have such great friends!

The poor old rooster is going out of business!  I was up and gone by 6:00 AM, heading to the dermatologist and getting a spot “burnt-off” or, better stated, frozen-off.

The outside temperature was 51 degrees, so Fall is indeed here.  The house stayed at 68 all night long, so we are relatively well insulated.  After the new insulation is added, we should be as snug as a bug in a rug all winter long! 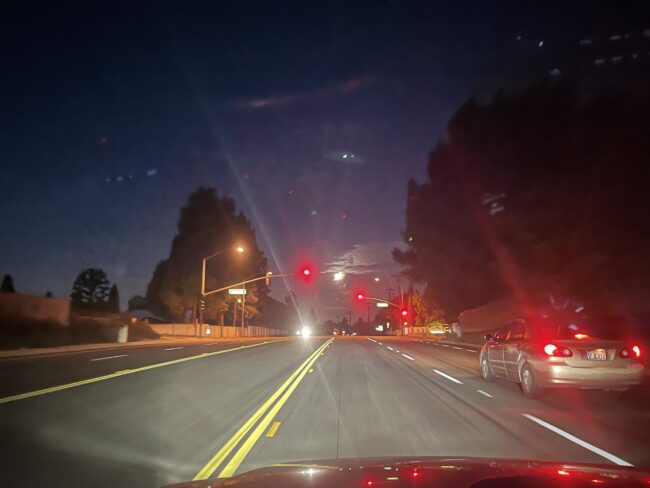 We are heading north!

I arrived at 6:55 AM and proceeded upstairs, where the good doctor did his thing.  Four squirts of liquid nitrogen and I was cured! We talked for a while, and then it was back on the 22 freeway in the Silver Fox arriving home at 8:00 AM!

The freeway was slow going home. A truck full of hair restorer tonic overturned and spilled on the freeway today.  Police are combing the area.

I found out today that I was actually born on a freeway! My mom says that’s where most accidents happen 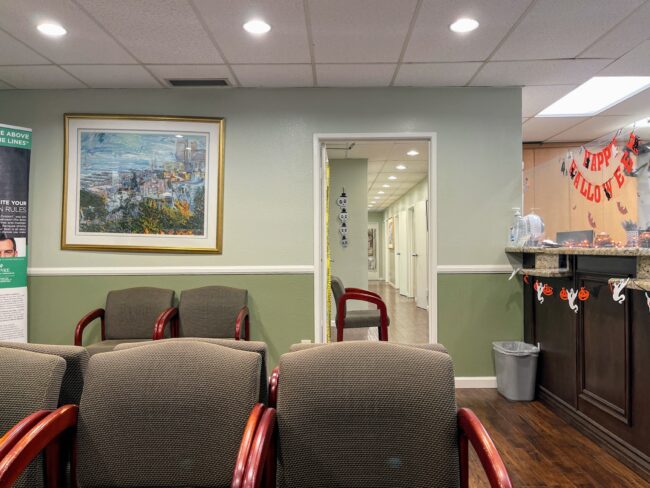 The cleaning folks came to visit about 8:30 AM and the mason a few minutes later.  We worked in the office and loaded up three boxes of books which we removed from our overstuffed book-shelves; things are looking pretty good now!

We had errands to do, so it was off in a cloud of dust with the first stop Michaels to get some pictures we are having framed.  Then we did Home Depot and got new filters for the heater/air conditioner.  If that was not enough, we went to Staples to get some plastic boxes to stash valuables and then to Albertson’s Market for some shopping.  Mary has a quiche she has wanted to try, and I could not wait.

Finally, at home, the place was spic and span, save the area around the fireplace.  I unloaded the car while Mary began cooking! 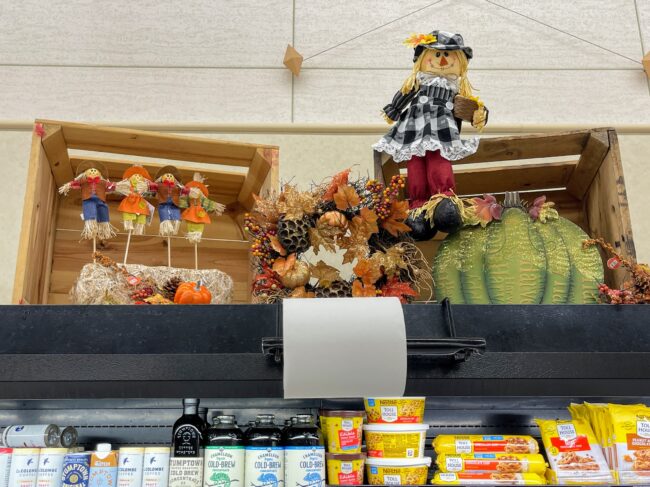 The market was all decorated.

When we got home, our mason was out to lunch and had to get another blade for the saw.  This stone is incredibly hard, and the saw blade just went dull! 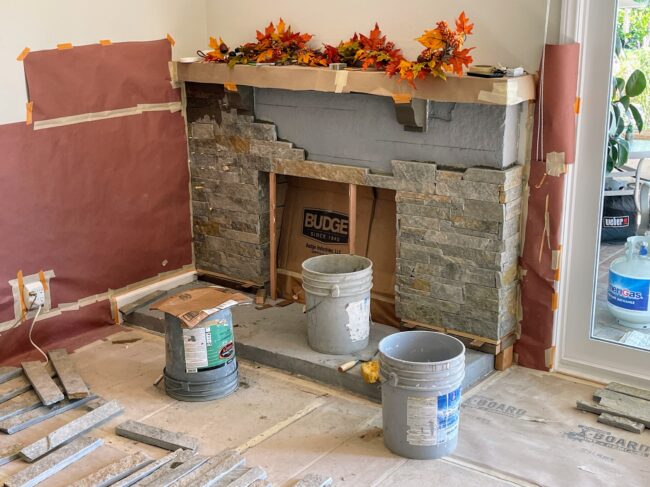 Two more days and we will have a fire.

Mary hit the deck, cooking up a storm while I unpacked the car from all of our errands.  She made an asparagus quiche which was to die for; fantastic talent!  I am blessed!

Did you Know? Quiche is a French tart consisting of pastry crust filled with savory custard and pieces of cheese, meat, seafood, or vegetables. The best-known variant is quiche Lorraine, which includes lardons or bacon. Quiche can be served hot or cold. It is popular worldwide. 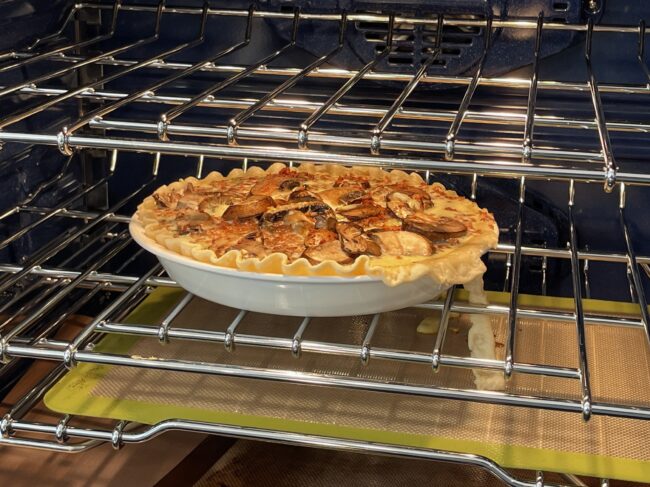 The quiche is in the oven! While the quiche was a cookin’, Mary made a mess of chili!  OMG, Fall weather and chili are my two most favorite things! 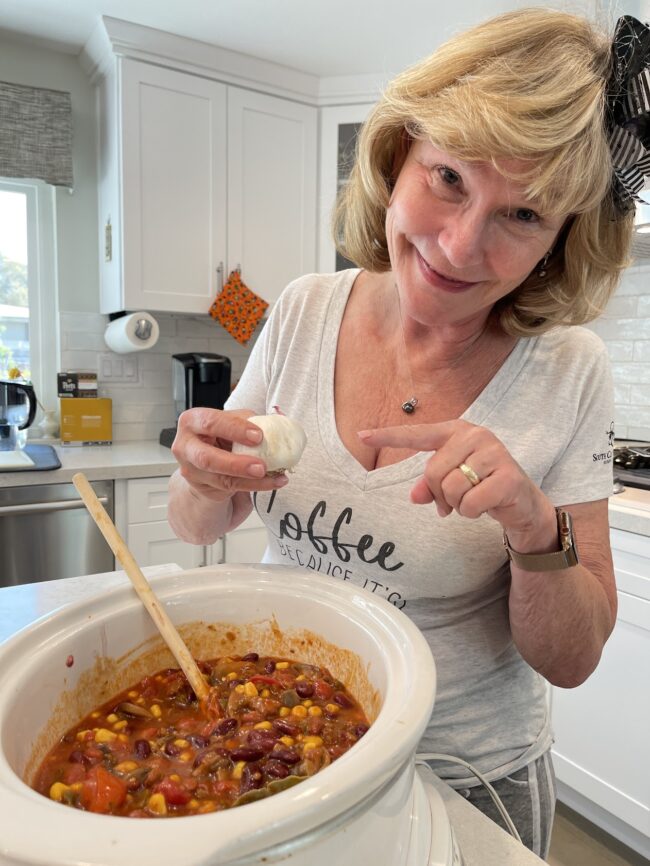 We are going to have chili real soon!

While Mary was making the chili, I asked her. “Why couldn’t the chili practice archery?” She thought for a while and I gave her the answer, “He didn’t Habanero”

The picture shows the start, and she found other goodies to add to the concoction!  By the time it was underway, the pot was packed to the top with goodies! 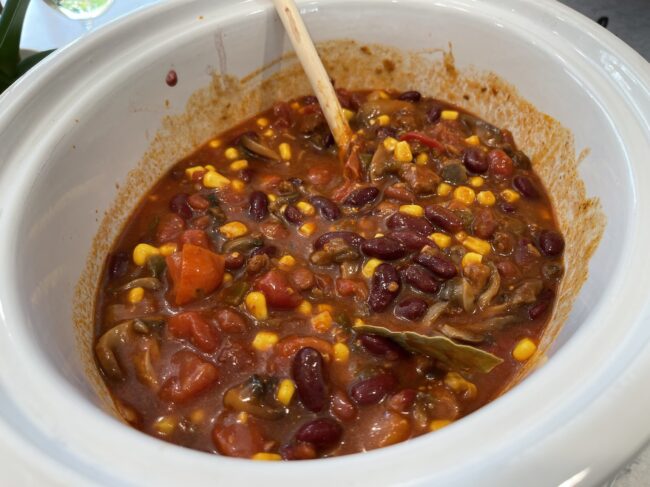 The witch’s cauldron is alive and well in Orange!

We enjoyed the quiche and then took an hour nap as we are going dancing this evening.  Off to Chino in Precious; she needed the run!  The traffic was horrible, but we had the FastPass, and that made it bearable!  We arrived in Chino at 7:20 PM, and Mary brought her eyeball surprise drinks!  The gang liked the goodies. 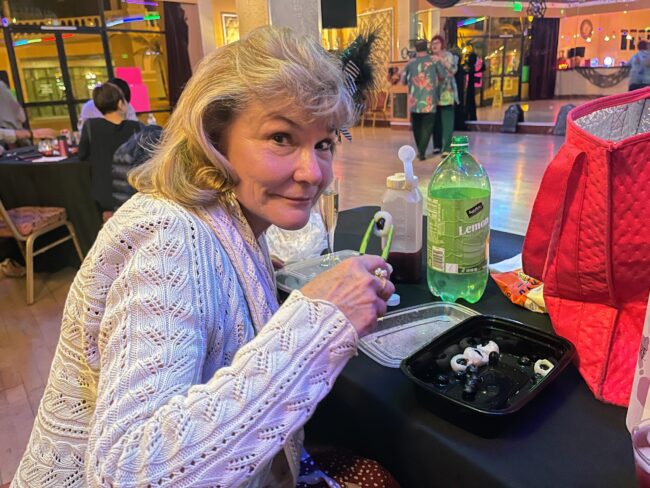 Someone is in the kitchen with Mary!

For special people like us and Bill C. (whose name will go unwritten), we had Belvedere Vodka to add to the mixture!  Delightful!  We only did the waltz because of my recent operation, as that dance step does minimal stress on the forearm.  We danced from 7:30 PM until 9:30 PM before heading home. 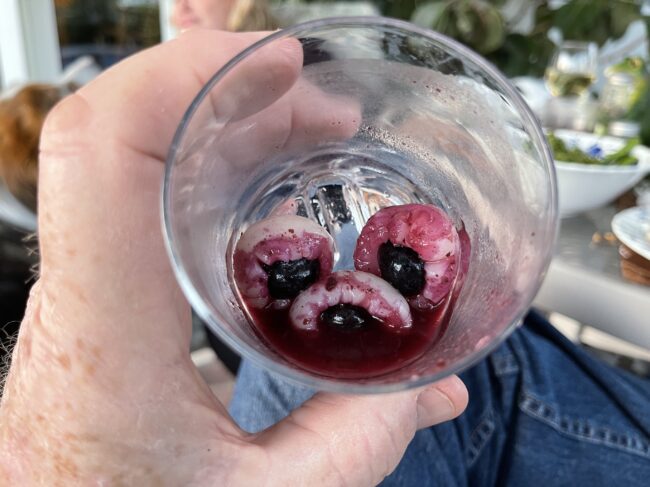 The eyes have it! We made about twelve glasses of eyeballs!

Everybody brings something to snack on, and we got two packages of BAKED Cheetos; hardly any calories!  Mary fell in love with them! 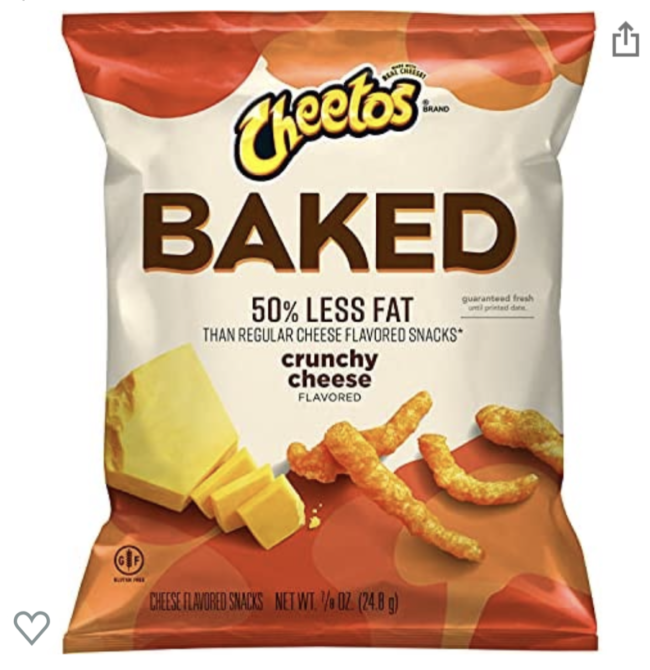 She discovered a new favorite, and of course, I went on Amazon and ordered a case!

Mary slept on the way home, so Precious and I had to talk to stay awake.  We did just fine, and she kept it under 80 MPH the entire time.  It is a lot of fun to drive; 60 mph crops up in approximately 4.5 seconds, with an official top speed listed at 168 mph.

Mary was sleepy but before she dozed off I told her, “With the rise of self-driving vehicles, it’s only a matter of time before we get a country song where a guy’s truck leaves him too.”

That reminded me, my wife had her driver’s test the other day. She got 8 out of 10. The other 2 guys jumped clear. 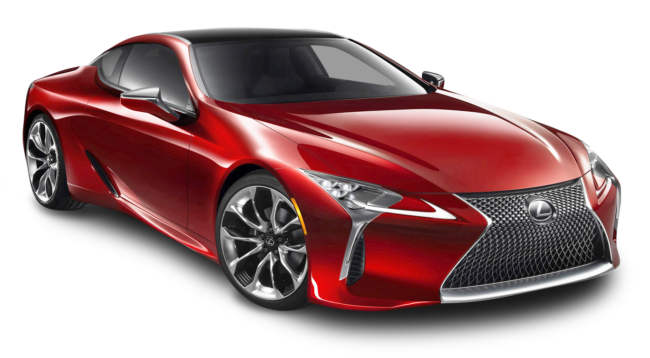 We returned home, and Mary went out like a light.  I stayed up and put away the chili, which had been simmering for hours!  I admit I had a bite or two, and it was FANTASTIC! 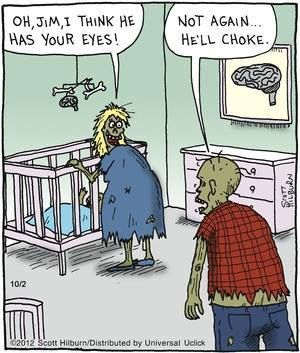