We Are Having Our Mid-Week Crisis! What To Do?

I have won first place in this Halloween costume contest 16 years in a row. This year I am dressed as a hotdog. I’m on a roll.

We were up and ready to go as the cleaners will be here at 8:00 AM.  The only problem is we blew a breaker last night, and it fees the Family Room and Kitchen/Breakfast area lighting!  We called the homeowners insurance, and they will send someone out.   I will be happy when the new power panel goes in, and we will have all the circuits labeled!

My property taxes dropped over $3,000 per year mainly because the land value was down over $300,000!  Los Alamitos was an expensive place to live.  That was unexpected and delightfully accepted! We went to the Post Office as soon as the cleaners arrived and contributed to the property taxes.

Then it was off to Rockwell’s for breakfast as the cleaners were busy doing their thing. 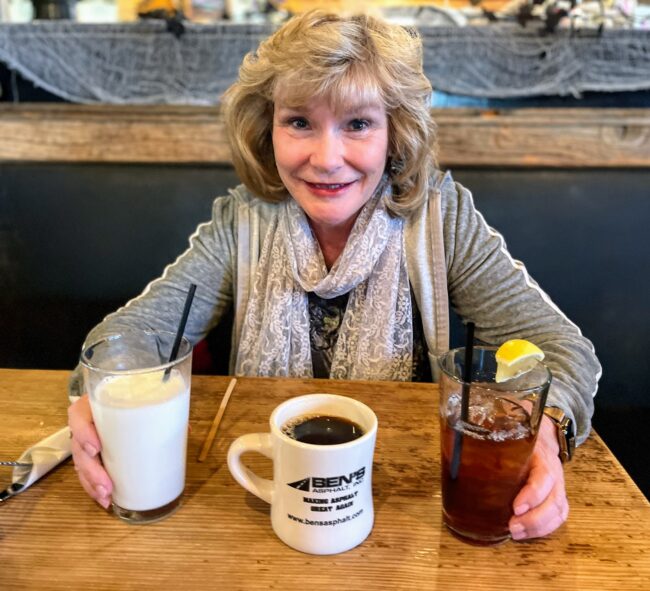 Mary did their egg whites with veggies while I dive headfirst into a Mediterranean omelet.

From there, we made a stop by Walgreens and CVS to pick up prescriptions, and we got our yearly flu shots!  We then headed to Home Depot as we divided to do some gardening.  We bought several flats of pansies and other ground cover plants and did the front yard!  Mary is getting good at using the auger, and it makes planting so much faster. 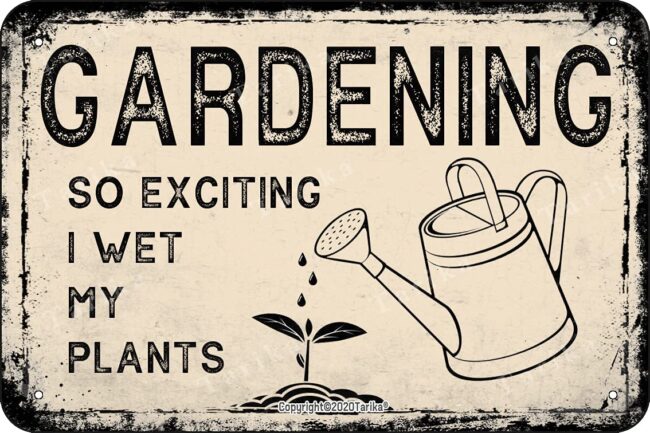 Remember: Root side down!

We worked for a couple of hours as we carefully put in potting soil in the new holes and packed the existing soil around the plant.  I got tired after a light lunch and decided to perform my daily “light-leak test.”  One must be sure no light leaks through the eyelids, and therefore the eyelids must be closed for at least an hour! 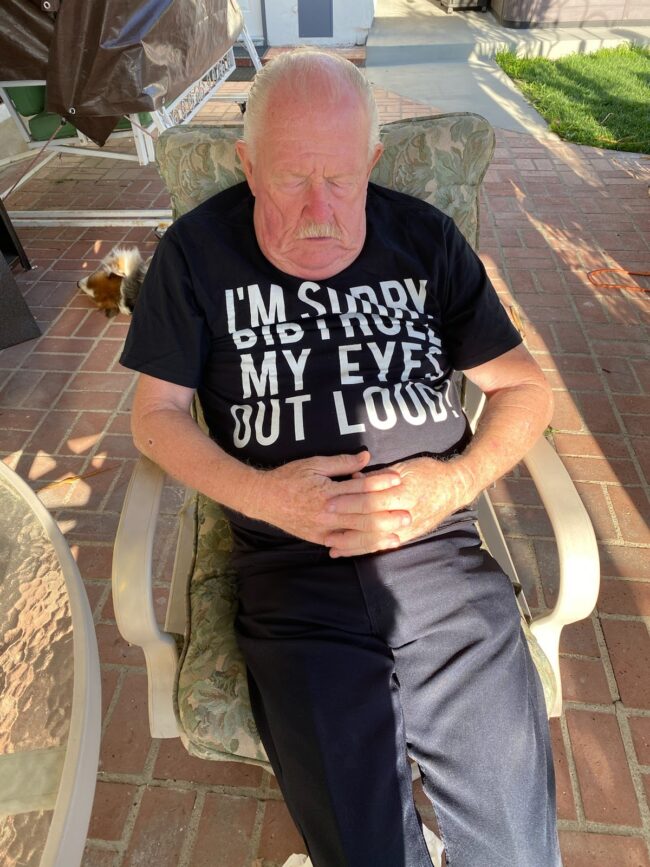 If Sleeping Beauty were a male, this is what it would look like!

After waking up, I did ask Mary, “What dinosaur makes the most noise when he is asleep? Tyrannosnorus“.  I know, that was pretty bad BUT there is more!  What do you call a snoozing dinosaur? A dino-snore!

While Mary did a few plantings in the backyard, I fixed the latch on the fence and rewired the bug-zapper, getting rid of the extension cord!  I also blew out the dead bugs from inside the zapper using my air compressor!

It off again to Home Depot, where we wanted to get a new set of LED Christmas lights. We also got the 5.5 ft Polar Wishes LED Nativity Set with 200 Lights.

There were oodles of things to choose from as it was early.  We came for some Halloween decorations, but there were gone; all that was left was some brooms! 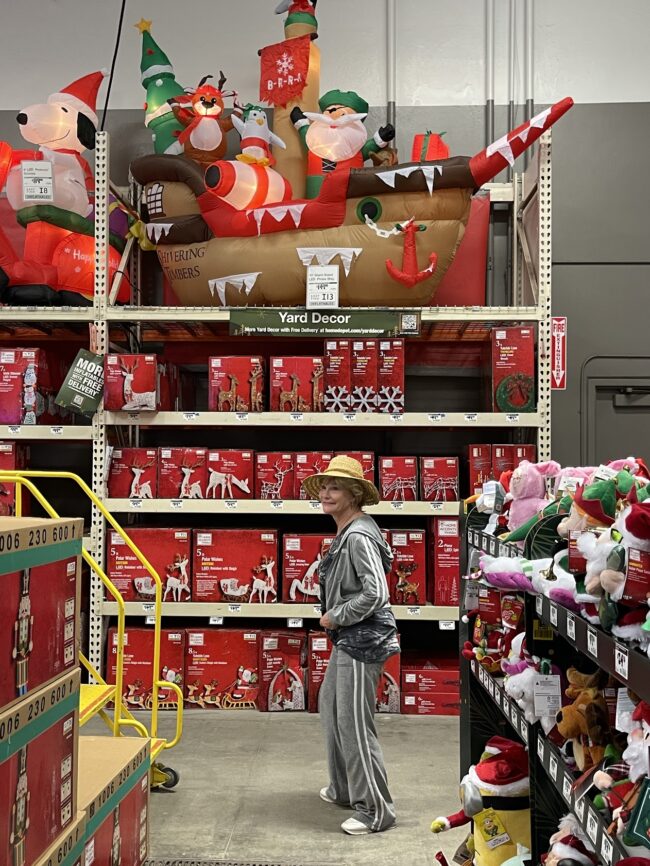 One of Santa’s little helpers roamed the aisles.

Speaking of Santa, he showed up and talked to us!  Well, it was a recorded message! 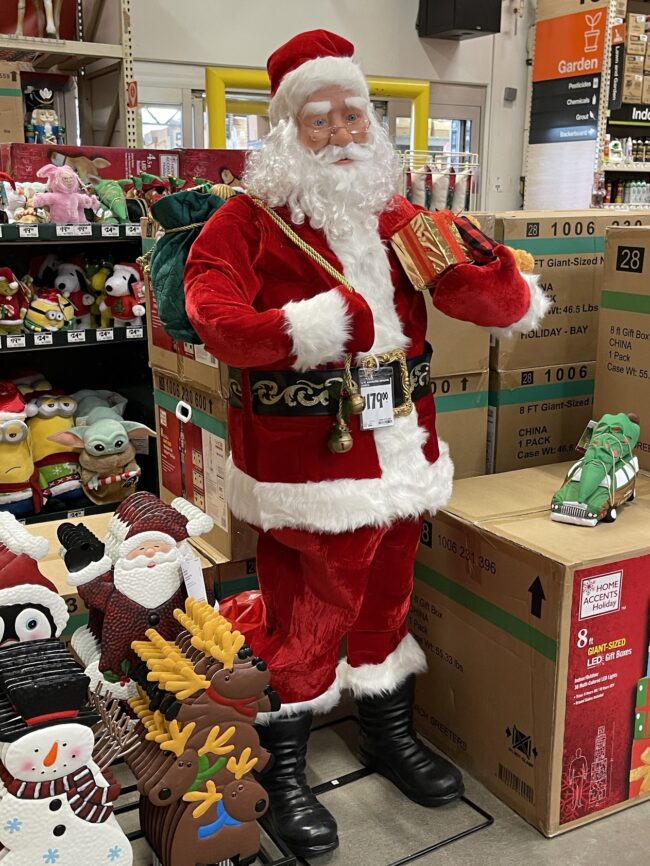 Remember Santa; we were outstanding this year!

We decided to go by Big Lots in the same parking lot as Home Depot, and their prices are significantly lower for similar items.  We got the paper good for Halloween, Thanksgiving, and Christmas, so we are ready to go.

We were going to dance tonight, but alas, the ol’ bones were not ready to engage in such frivolity, so we had dinner and popped into the swim spa.  Dinner was a homemade salad, and I BBQ’ed up three small eye-of-round breakfast steaks!  We turned on the outside table header and dinner alfresco!

While we prepared dinner together, we video chatted with Dianne and David and they are going to join us for Halloween at the Elks!

Then into the 95-degree soothing water for an hour of sharing, and we even had a glass of wine.  We have an Alexa within two feet of the swim spa, so we talked to Colleen and Robin while getting our bodies back into shape for sleep.

Just an old retired guy trying to finish out my last years on this planet. I lost my best friend and wife in early 2020. I was blessed again by reconnecting with Dr. Mary Côté, a long-time friend. Mary and I got married July 28th, 2021, and are enjoying life together and plan to spend the rest of our lives being a blessing to our friends and family.
View all posts by Paul →
This entry was posted in Cooking, Dining Out, Gardening, Just Us, Working Around House. Bookmark the permalink.