We Have More Storage!!!

In 1919, a storage tank full of molasses in Boston exploded, causing a flood that killed 21 people. I guess you could call it the Boston Molassacre.

I bet you thought I made it up! The Great Molasses Flood, also known as the Boston Molasses Disaster, or the Boston Molassacre, occurred on January 15, 1919, in the North End neighborhood of Boston, Massachusetts. A large storage tank filled with 2.3 million US gal (8,700 m3) weighing approximately 13,000 short tons (12,000 t) of molasses burst, and the resultant wave of molasses rushed through the streets at an estimated 35 mph (56 km/h), killing 21 and injuring 150. The event entered local folklore, and residents claimed for decades afterwards that the area still smelled of molasses on hot summer days.

The installers did the complete job in four hours, but it was a hot four hours. Needless to say, they were [provided beer, water, and other cold drinks! 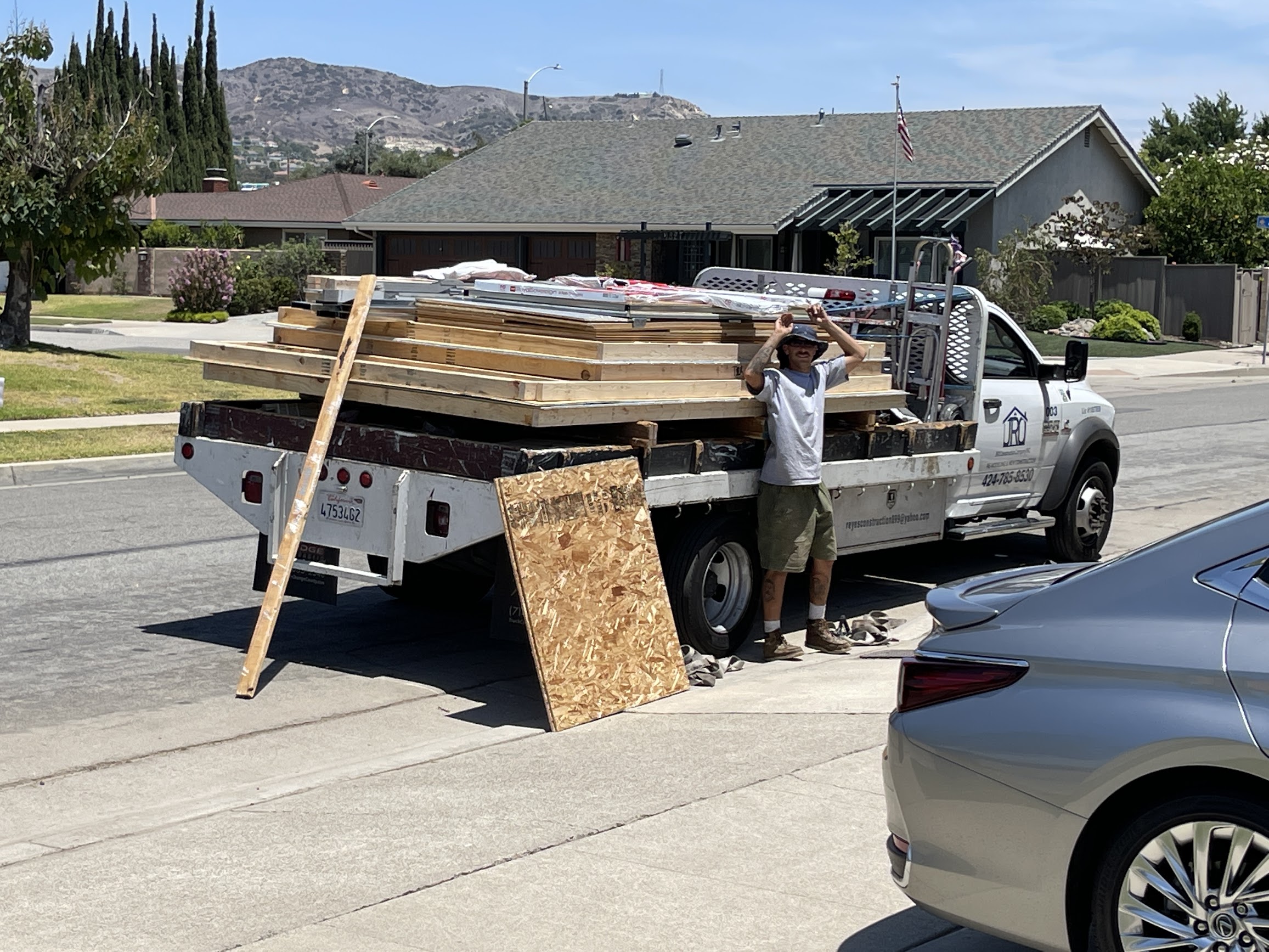 BRight and early… 1 PM on the dot!

The walls were prefabbed and stood up easily. 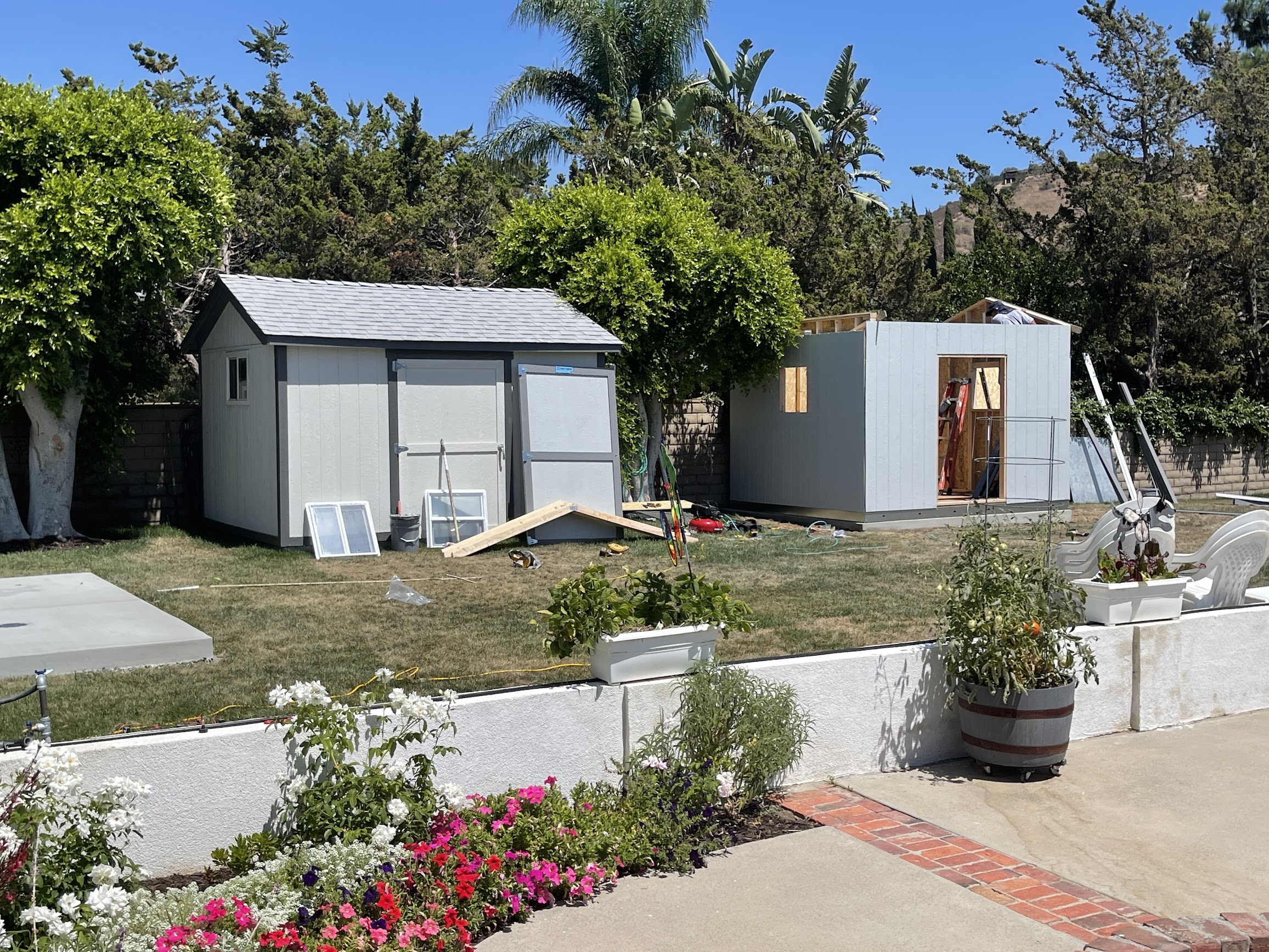 The new shed was simple to put up since they did it!

The roof was added last, and it had a lifetime set of shingles on it.  I need to add a rain gutter on the backside to not drip into the neighbor’s yard. 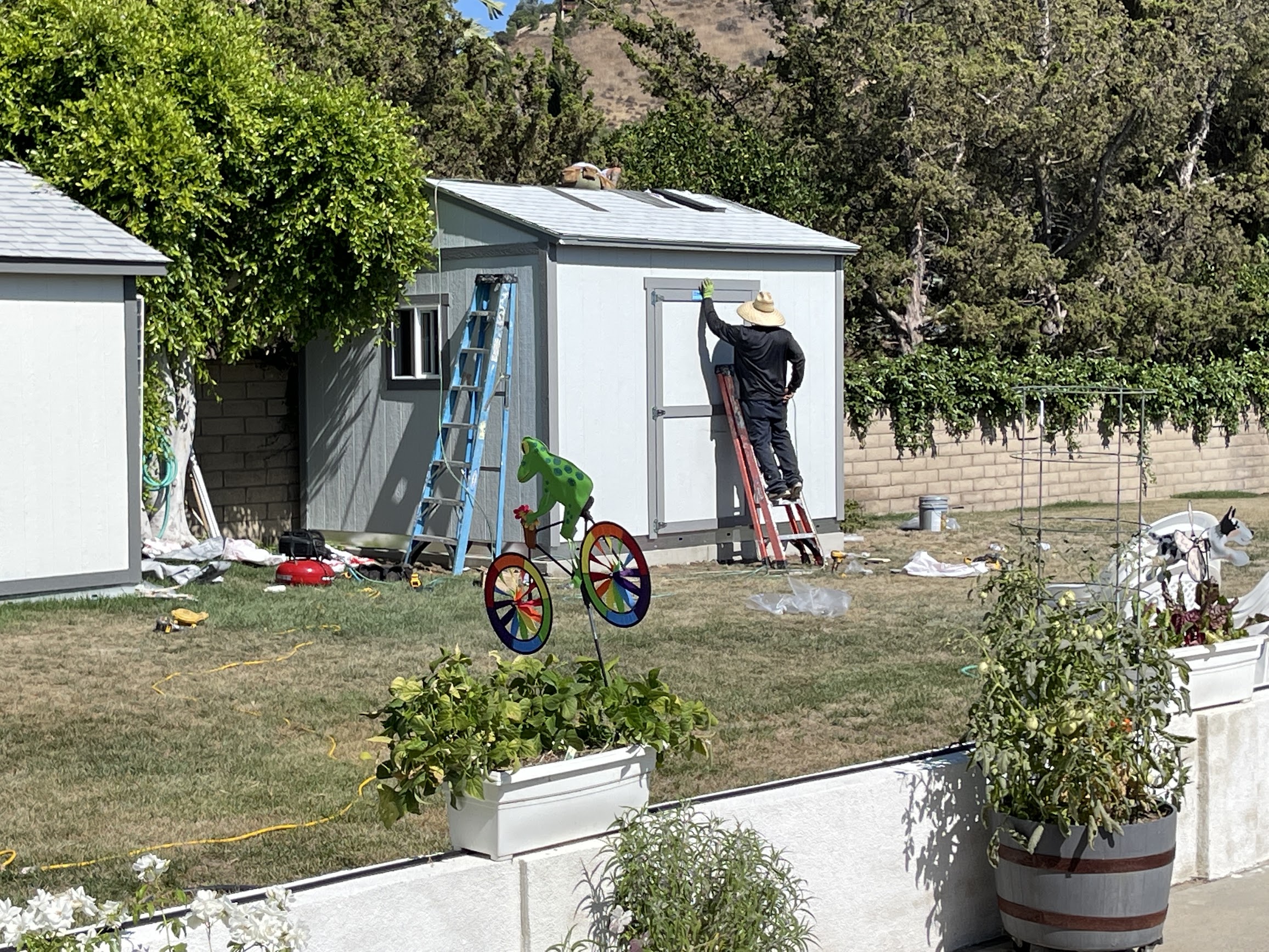 Looking good, and we have 160 square feet more for storage.

Mary and I continued to work for another three hours, but at sunset, we were done!  Time to rest!  I got out the camera and took a panoramic shot of the year, as seen from our kitchen/den patio.

We dipped into the hot tub and crashed.  We have Colleen coming  Monday, so we want to place to look OK.  We are rehearsing Saturday evening, and it should be acceptable.

Just an old retired guy trying to finish out my last years on this planet. I lost my best friend and wife in early 2020. I am involved seriously with a long-time friend, Mary, and life goes on.
View all posts by Paul →
This entry was posted in Food and Wine, Working Around House. Bookmark the permalink.