From Sunup To Sundown We Worked

The worst part about working for the unemployment department is when you get fired, you still have to show up the next day.

We had a wild goose chase today! We thought we had an agreement with the buyers of Kensington that we could rove the glass that Sue had designed and put in.  After we removed the glass (with an offer to replace it with anything they wanted), the buyer (their agent) renigged on the deal, and we had to go back and reinstall it.  I hope the window breaks into a million pieces.   That took about six hours of the day.  Joe was a lifesaver in this ordeal.

We returned to Casa Valencia and worked until 10:15 PM.  Robin and Bob came over around 2:30 PM and assisted until util about 7:00 PM.  We ordered out from Rockwell’s and killed off a bottle or two of wine. 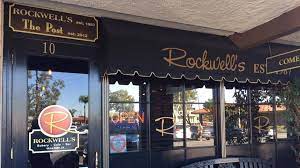 I was the designated driver, image that?

We were so tired we passed on dancing in Chino this evening.  We called our friends and let them know we were staying behind so they would not worry.

We were so pooped out that from the time we entered the house until we fell asleep was less than 45 seconds.

Just an old retired guy trying to finish out my last years on this planet. I lost my best friend and wife in early 2020. I am involved seriously with a long-time friend, Mary, and life goes on.
View all posts by Paul →
This entry was posted in Dining Out, Working Around House. Bookmark the permalink.