Eight Months Today Since Mary And I First Had Dinner

Drug stores understand life. That’s why the Anniversary cards and Sympathy cards are right next to each other!

Another day of rest; we did nothing!  Mary fixed a super breakfast, oatmeal.  I refused to eat oatmeal as a child.  I was an inporridgeable brat! 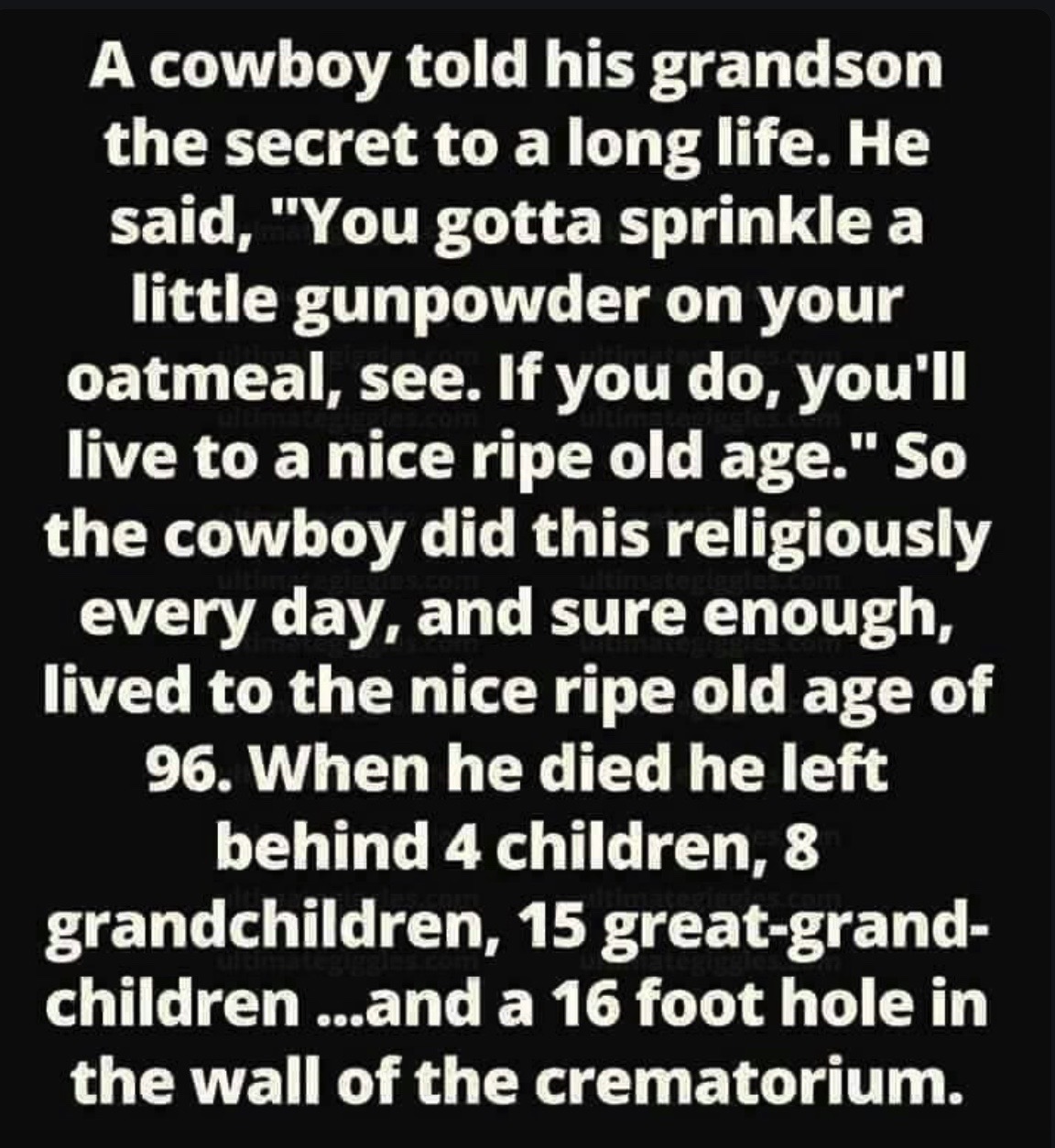 Yes, I checked, Mary did NOT put any gunpowder on the oatmeal, I hope!

We are having family over for St. Patrick’s Day, so we did a dry run on the corned beef and cabbage using Mary’s crockpot.  It had to cook for six hours, and it came out amazingly well. It was tender and juicy and stated terrific.  Not we have to figure out how to cook eight pounds of corned beef in a two pound hot pot.  I think I will be bringing over my big pots!

We did chores around the house getting things ready for the 17th.  We finished decorating the St. Patrick’s Tree. 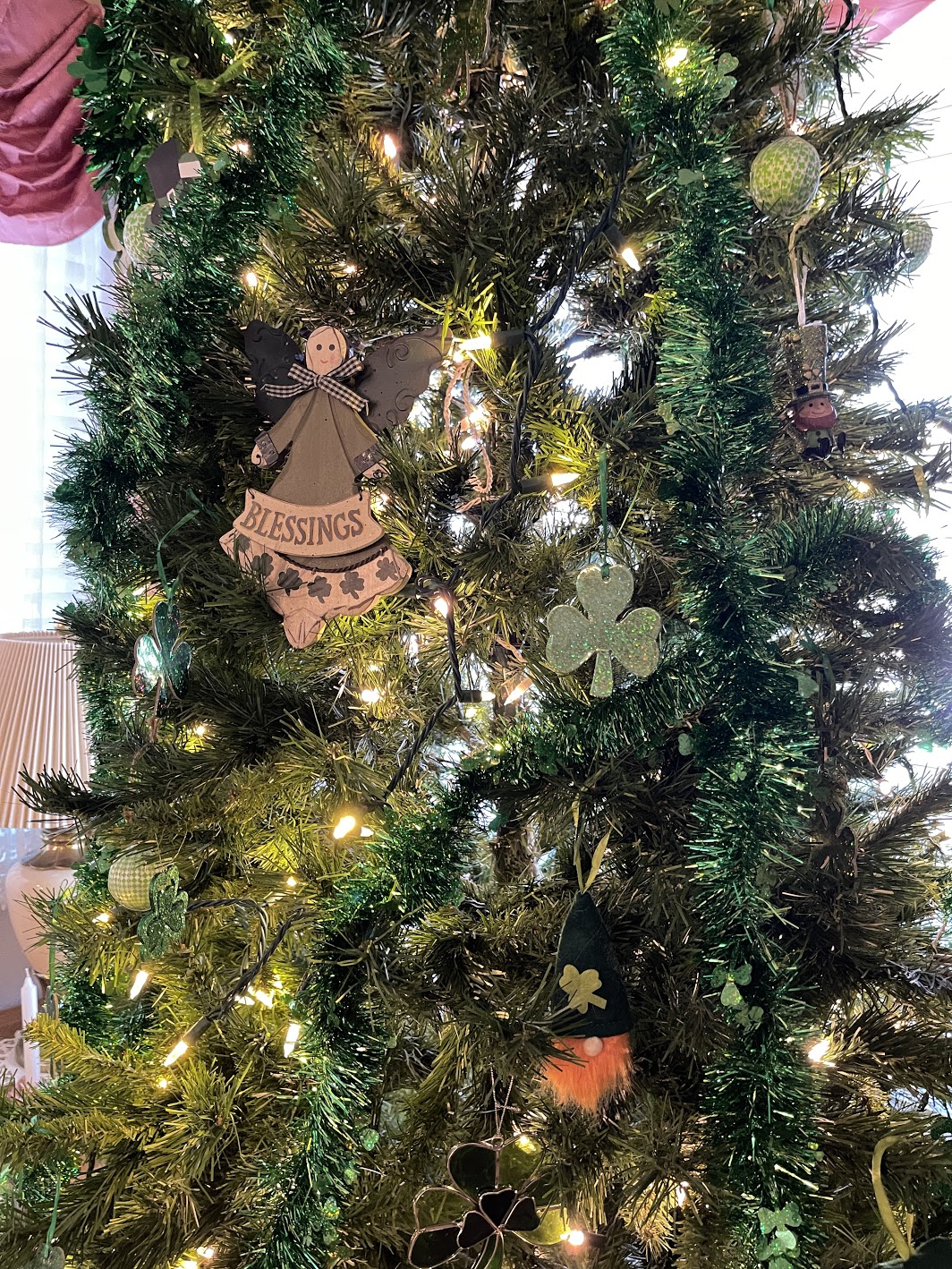 We watched our favorite televangelist and then headed for the hot tub; really, a swim spa.  We had a glass of wine and sat there until we were prunes.  It was cold when we came in, so Mary sat on the couch and was soon pronounced comatose.   I called Colleen and Lisa, and Robin on the Bat Phone and fixed a plate of corned beef and veggies.  Passing that under Mary’s nose was like smelling salts; we woke right up, grabbed the fork, and torn into that meal like she hadn’t eaten for a month.

When she was done, I got the coy look as she asked if there were any more remaining.  Well, I fixed another plate, and it also disappeared within seconds.  I must admit, it was really delicious. 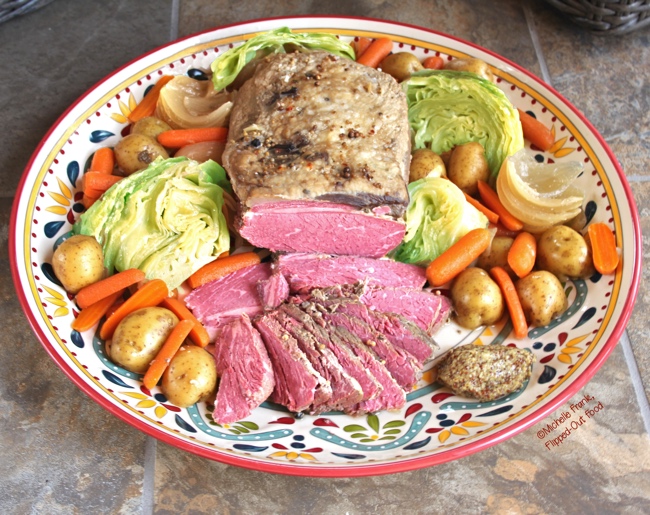 Mary and I devoured almost three pounds of corned beef after the spa!

I controlled myself as I am still on my diet!

I watched The Gauntlet with Clint Eastwood while Mary finished her beauty nap.  She woke up and asked for more and didn’t believe me when I say it was all gone.  I did bring her a plate of veggies and a bowl of vegetable soup, which also disappeared.

We watched a little more TV, and at 9:00 PM, it was time to say good night.  Mary, and her faithful partner Scout, The wonder Dog, swaggered up the stairs while me and my fat little tummy headed home.  It was a good day. 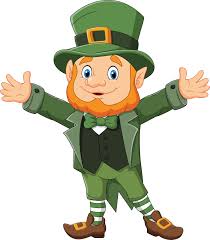 Note to self: Wear plenty of green on the 17th!

Just an old retired guy trying to finish out my last years on this planet. I lost my best friend and wife in early 2020. I am involved seriously with a long-time friend, Mary, and life goes on.
View all posts by Paul →
This entry was posted in Cooking, Food and Wine, Just Us, Working Around House. Bookmark the permalink.