I Am Happy The 4th Is Behind Me!

The pain passes, but the beauty remains. – Pierre Auguste Renoir

This weekend has been the worst for me since Sue passed.  It was her favorite, and it was just before her birthday month starts.  I must look like a wreck as I cannot stop my eyes from leaking.  I thought I would get into the Christmas decorations just to get outside, but that was not good either. I made it thorough about a quarter of the boxes.

Every box I open and every little ornament I see is a direct connection to her.  Despite that, I separated things into items for Colleen (who likes everything, especially the vintage items), Rebecca (who loves the stuffed animals), Robin (who wants the Disney things), and those I will keep and hopefully used this Christmas.

I visualized Sue and me walking around the house with Christmas music playing, watching out for Chuhauhua’s, and laughing and giggling for three days straight while we transform the house into a Christmas wonderland.  She was my everything, and I am having a difficult time with that this weekend.  I love you, Sue. 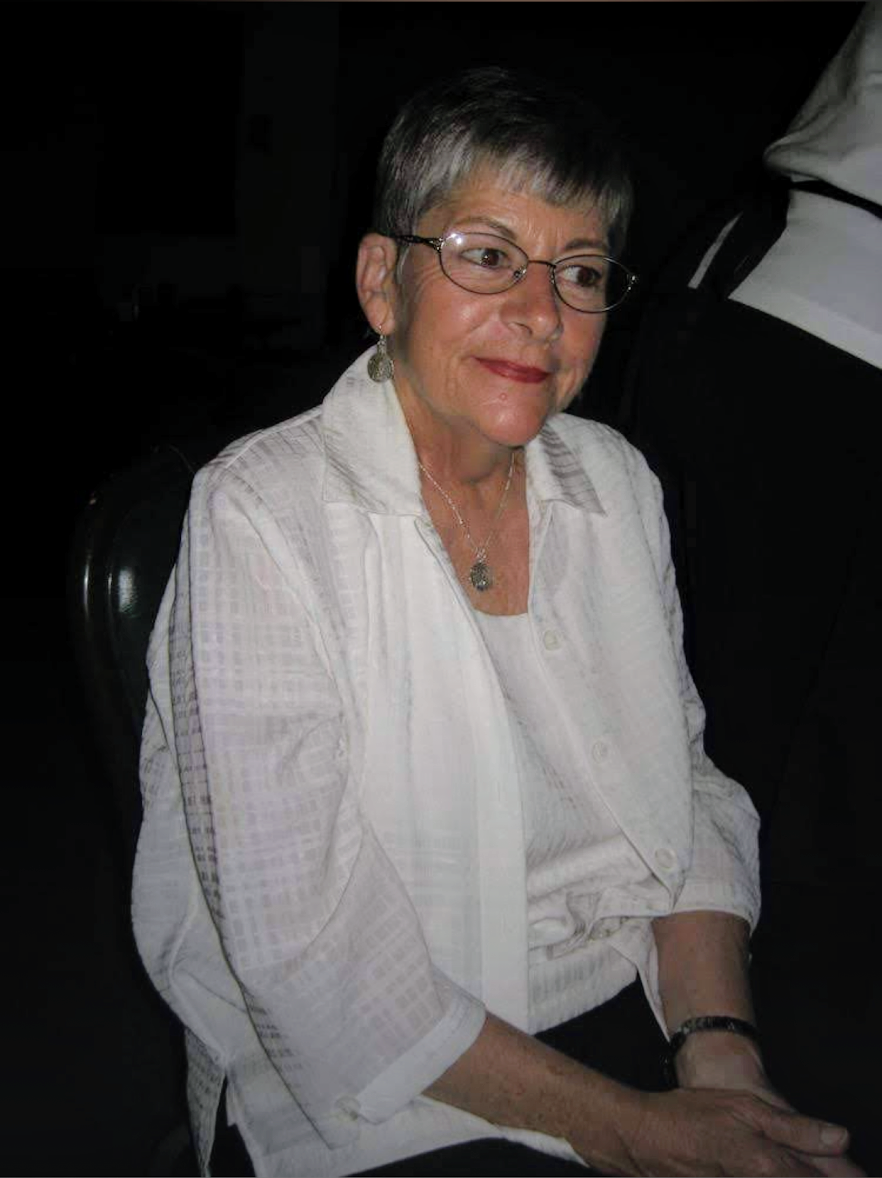 We used to decorate everything, but in the last two years, Sue was not up to it, so everything stayed packed away.  I know I will not put everything up, but I will have a small tree and the most memorable of the ornaments. 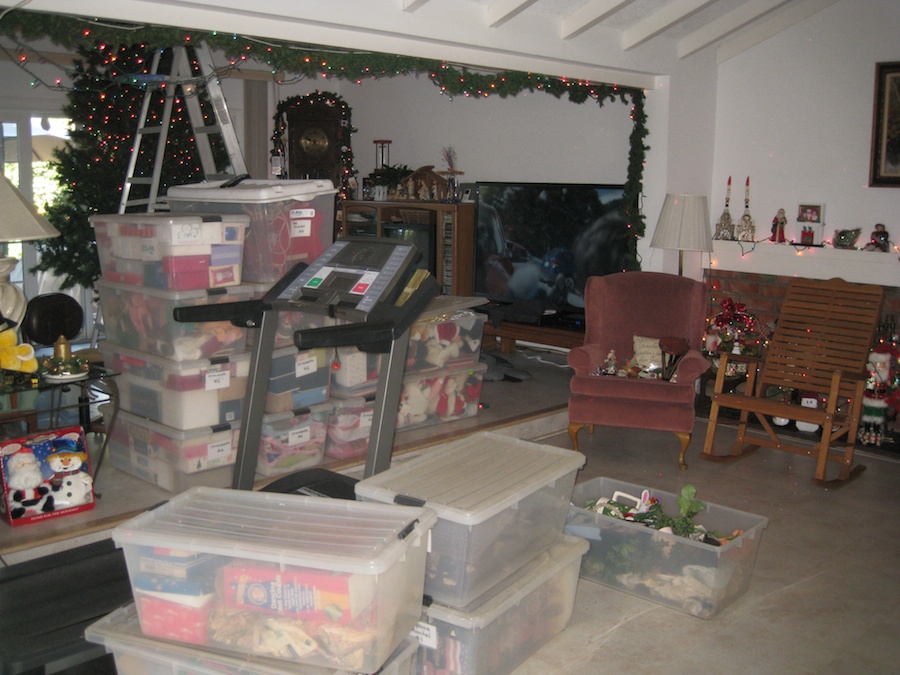 The tree took me two days!

Yes, we had trees everywhere because our ornaments seemed to be un-ending!  I am afraid that Christmas will never be the same, and after today, I am not looking forward to Halloween, Thanksgiving, or Christmas.  Maybe things will change. 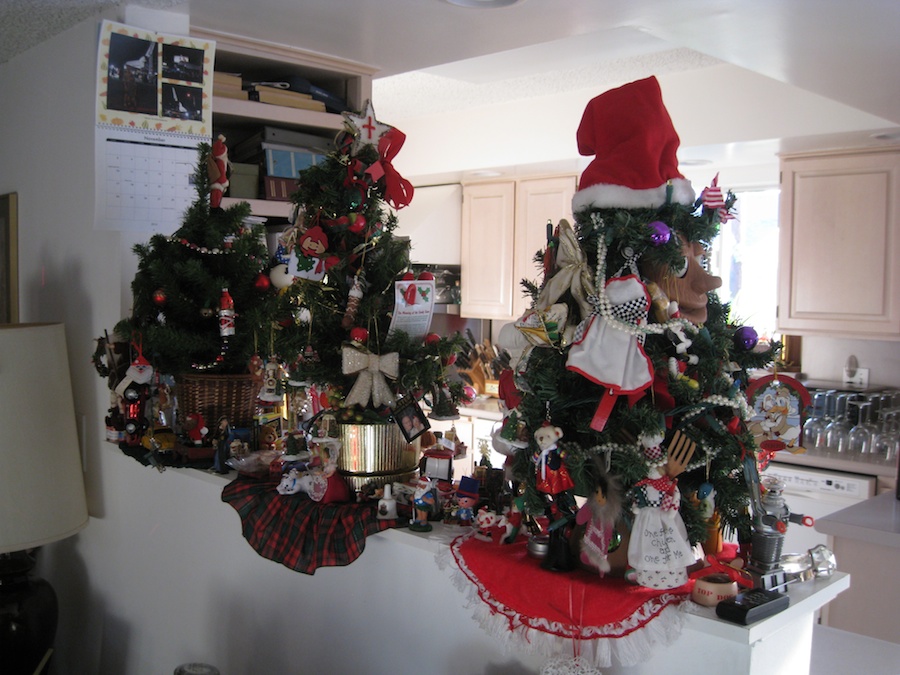 Sue did most of the house, and we finally finished it on days three.

The day started with me working in the office doing some rewiring and getting the sound system off the floor and onto the tabletop!  Sue loved her PC, so I got her a two-screen Dell system, which I believe she used perhaps twice.  I check into it once a month to see if there are any updates.

While I was testing the PC and moved sound system, I logged onto YouTube TV and canceled my subscription as I never have used it but have been paying for it for several months.

It was late morning, and I fixed a small spinach salad with a six-ounce steak for lunch.  It was just right in keeping with my desire to get below 190 pounds.  I am at the edge and working on it every day.

Bob worked on the shower and the floor for the rest of the day! 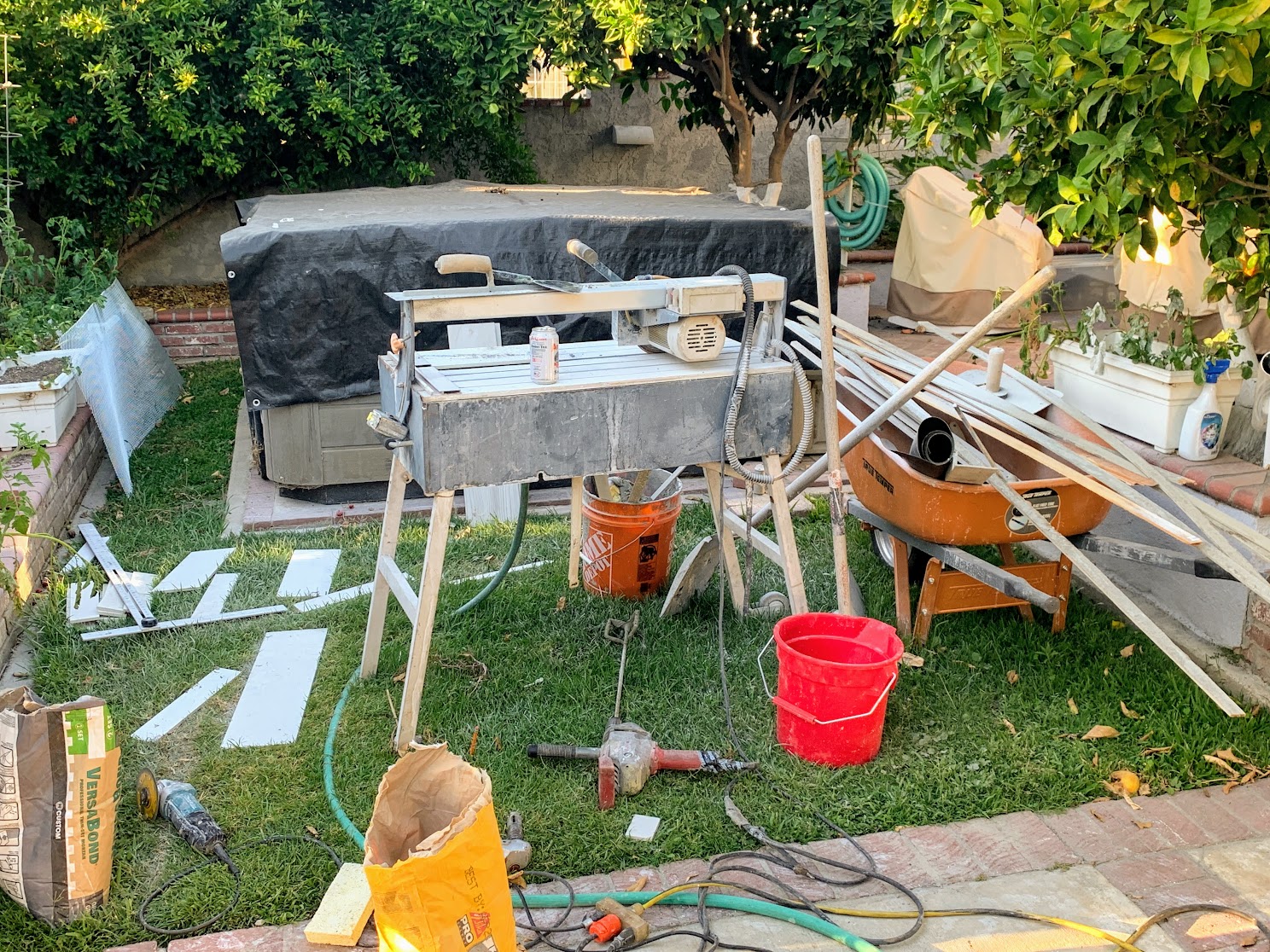 He was cutting up a storm!

Piece by piece, it is coming together! 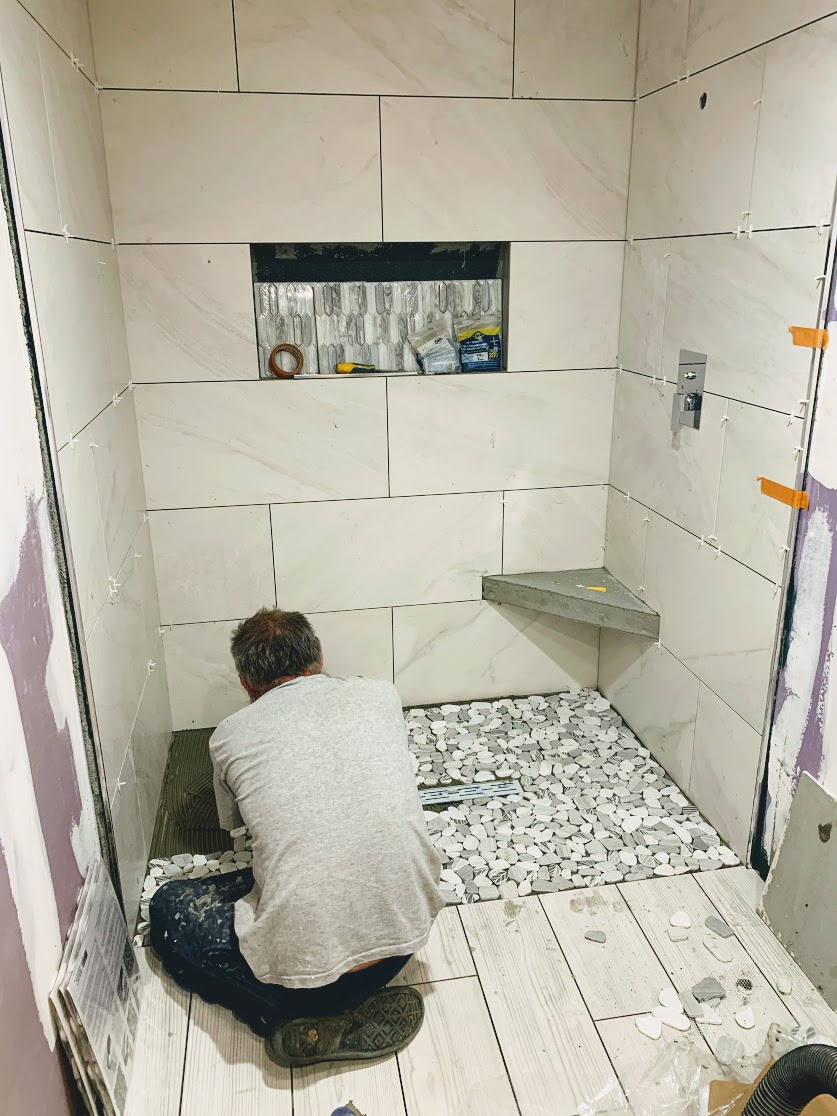 The job is so close to being done, but no cigar!  Every rock had top be in the exact proper place!

The floor tiles are in, and they look great.  They are 1/2 inch ceramic tiles made in Spain.  Just enough grey to hide the dirt!  What dirt?? The flooring is waterproofed two-feet out, so I will not work about water damage!  The tiles are not slippery either, another plus. 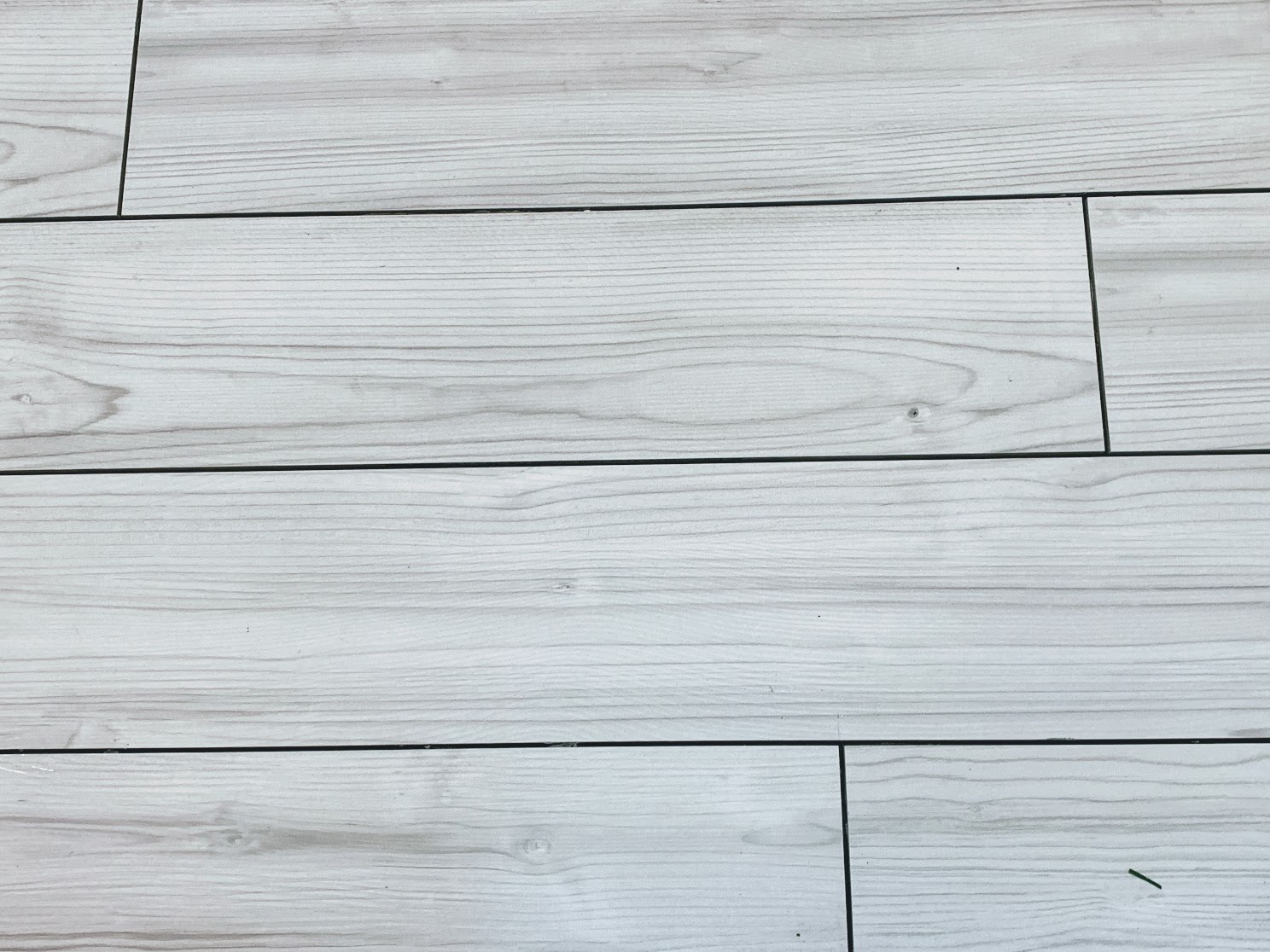 I love the pattern! The spacing is perfect.

I was low on O’Douls beer, so I went to the market and darn near lost my pants!  I put on a belt, but it was a 38, and I am now wearing a 36.  I had to stop mid-aisle, look both directions, and find another notch, or my pants would have been down at my knees by the time I walked to the car.  Oops!

I began going through the Christmas things as I need to reduce the box count severely.  I have forty boxes now, and I want no more than ten when I am done.   I began to feel funny in the chest, so I stopped, I think it was just emotions building up.  I worked on the boxes for hours just a little at a time. 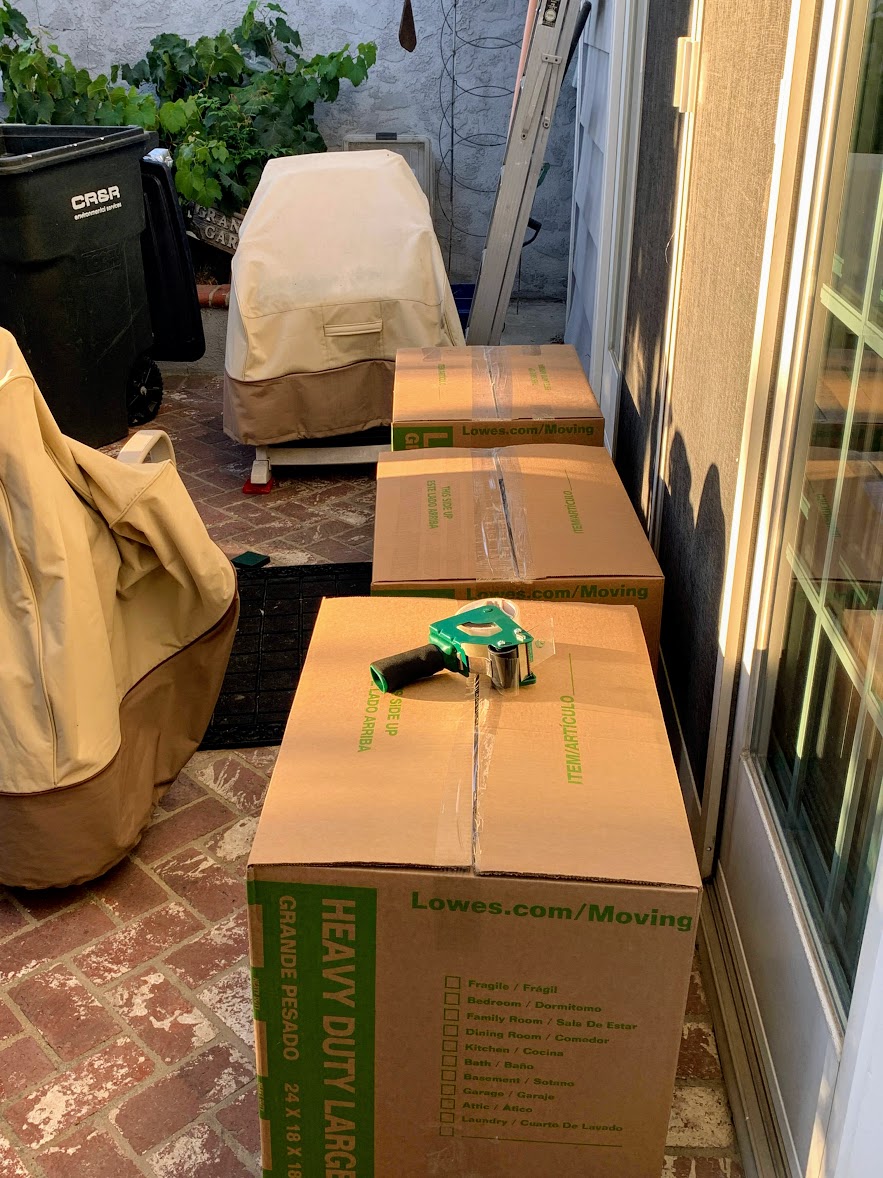 It seems as if I will have to store these because I took one over the UPS store, and it was $87.90 to ship one single box via the slow-boat.  I have five boxes packed for colleen, but that is $500, and I am not near done!  Dang!  It would be cheaper for me to put them in the van and drive them to New Hampshire; that’s a good idea!!

Bob worked until almost 8:00 PM, and I sent him home.  I told him I would clean up everything before the glass guy shows up tomorrow! 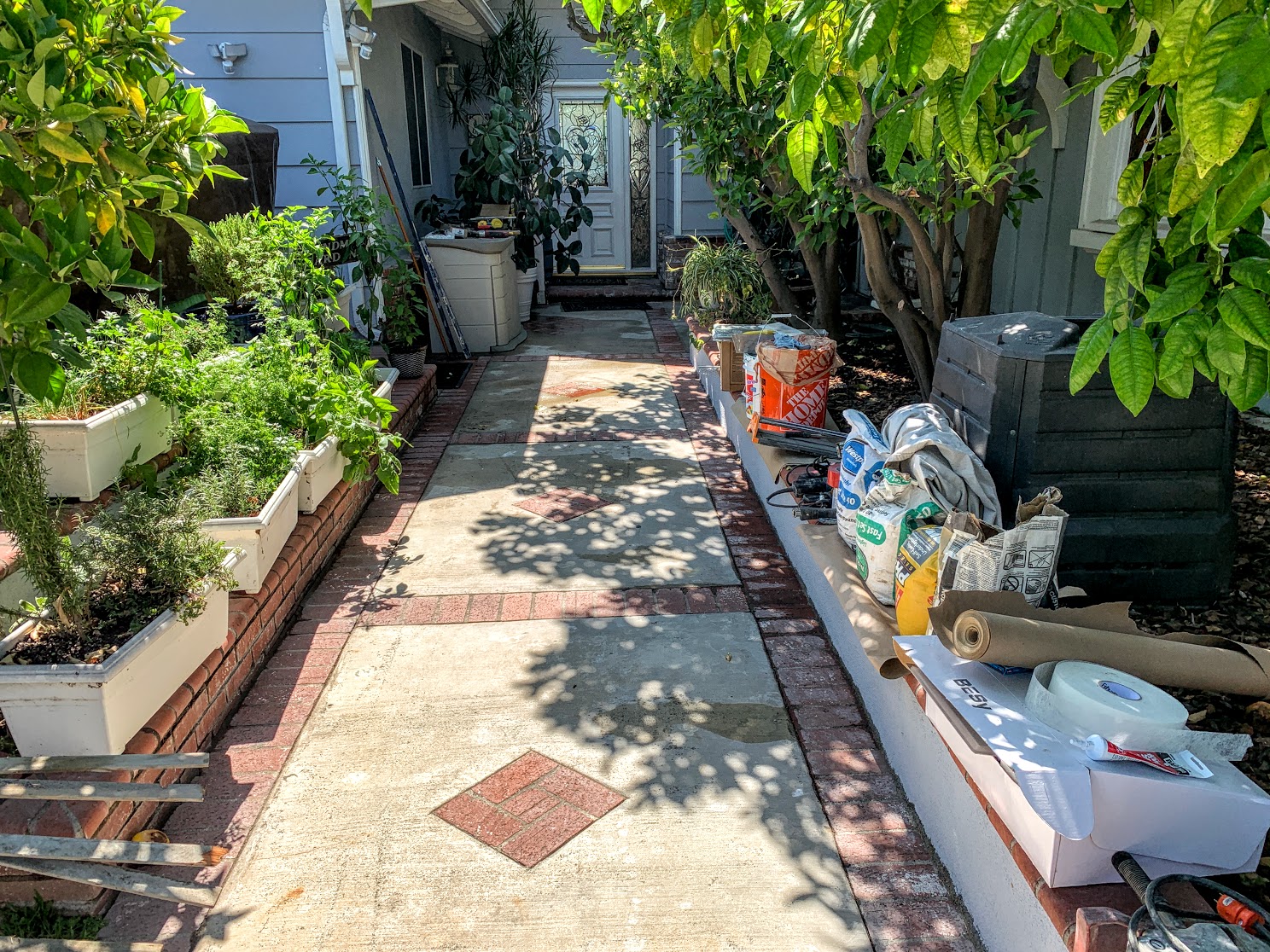 Everything has its place!

I wet moped the inside, and it is ready for measuring tomorrow and grout! 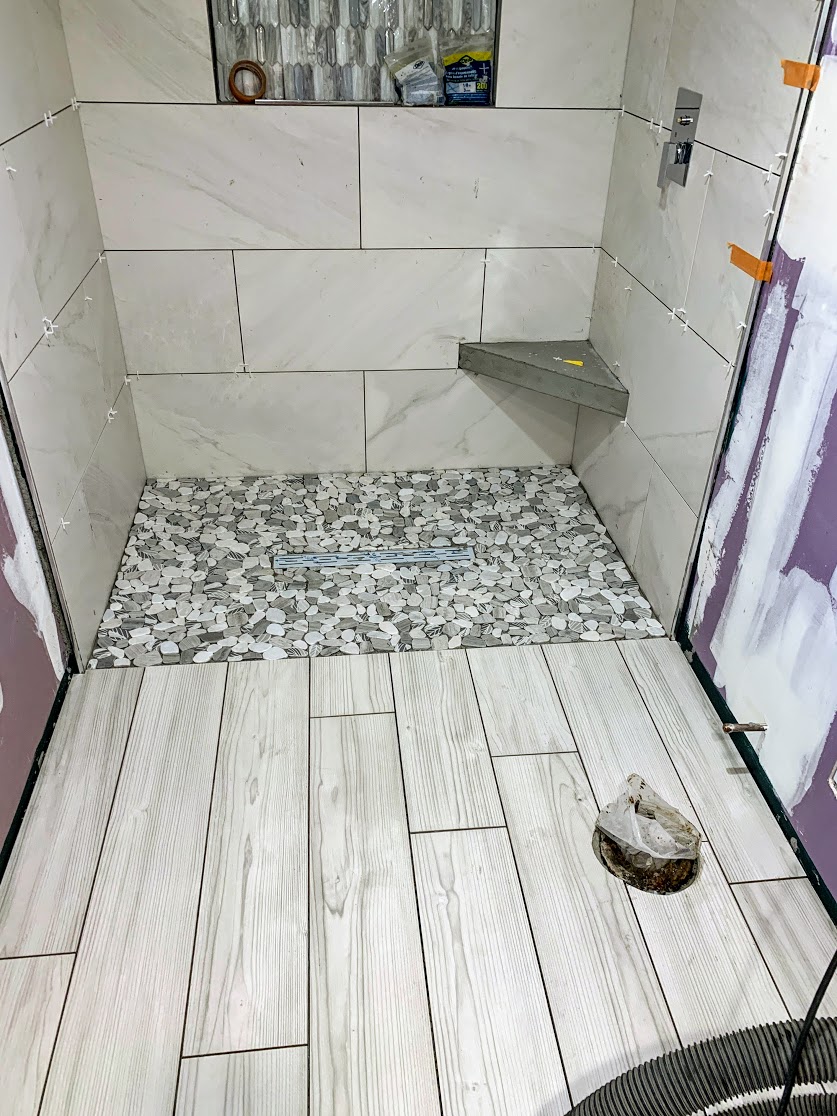 It is getting close!

It’s 9:00 PM, so I headed for the shower (in the Master Bedroom) and got into my jammies, made a cup of hot chocolate, and called Robin and then Lee.  Lee and I talked for forty-five minutes and plan to get together next weekend for lunch or dinner.  She is getting ready to dance, and I said, “If I bring my boom box and the iPhone’s dance music, can we use the dance floor in the park’s recreation room?”  I think we may have a plan being hatched!

I watched two episodes of Hanna before crashing for the night!  As I fell asleep, I was thinking of my lovely wife and how much I missed being with her over this long weekend. 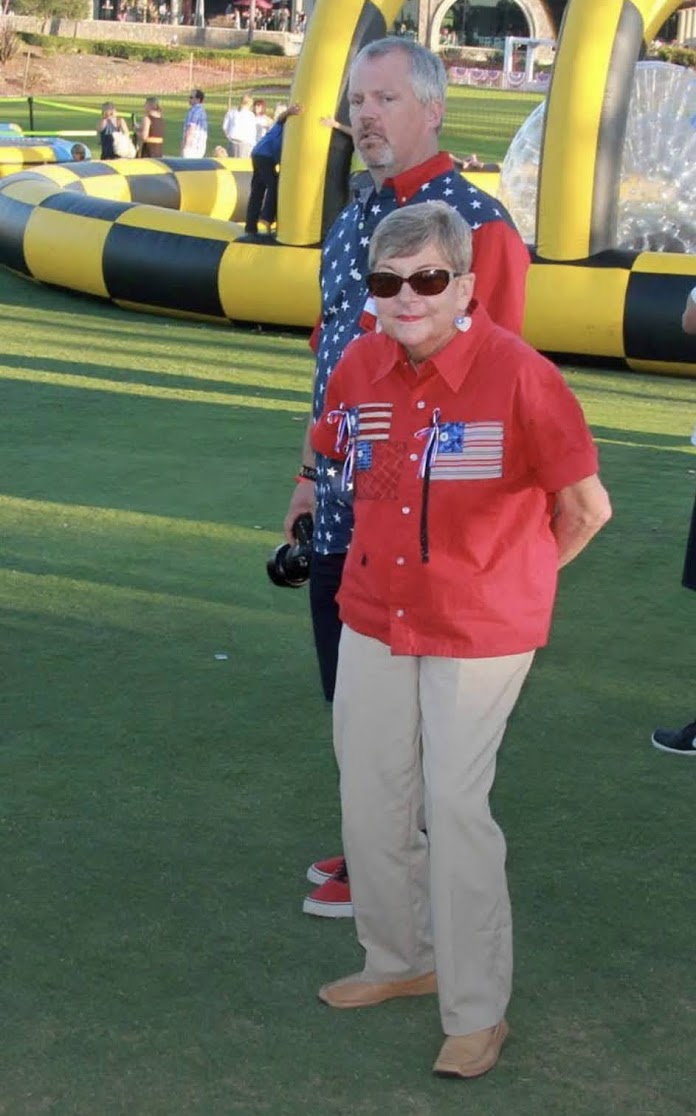 Here she was with Joe at Old Ranch last year. It is burned into my memories how nice it was to have Joe join me (with the rest of the family)  at the hospital the night before Sue passed. I love both of you guys!

Just an old retired guy trying to finish out my last years on this planet loving my best friend and wife, having fun, learning, and passing on helpful things to others.
View all posts by Paul →
This entry was posted in Cooking, Family, Holidays, Working Around House. Bookmark the permalink.
Powered by Maribol IMDB Plugin