Six Of The Worst/Best Weeks In My Life

“Youth offers the promise of happiness, but life offers the realities of grief.” – Nicholas Sparks

Sue and I always went to Disneyland, but after her bout with cancer and being given maybe a year to live, we got season passes and went all the time.  It was, except for being home,  the “Happiest Place On Earth.”  Over twenty years, I’ll bet we went 250 times.  Of course, Christmas was exceptional, and this year it would have been Sue’s 58th consecutive year of going Christmas Eve.  Sometimes we would go just to sit in the park and people-watch.  It was one of our many happy-places. 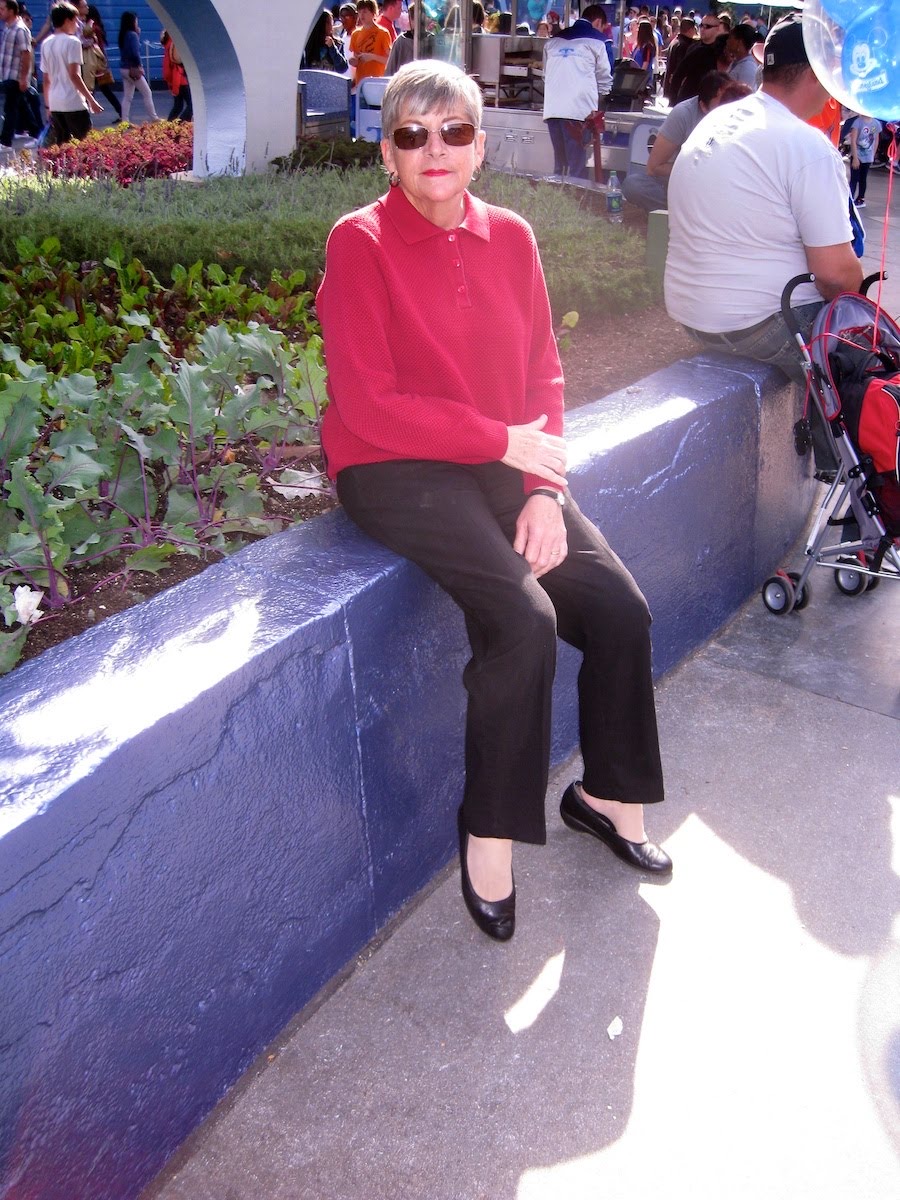 We went to Disneyland to celebrate our anniversary. After all, it is the happiest place on Earth.  I had the camera and wheelchair because I do not see her little black purse!

Today was six weeks since that morning when she left us. Wednesday mornings are not something I enjoy.  The day began for me at 7:15 AM, and I did something different, I turned on the TV and checked the news.  That lasted about five minutes because the reports were so bad.  Scary times but we all will survive this.

Yesterday I realized that my parents survived the Spanish Flu of 1918.  They were teenagers living in Arkansas and Oklahoma.  Reading the history, Arkansas suffered a recorded 1,700 deaths from the Spanish Flu, but they were quick to point out it was many times more than that.  Remember, in 1918, Arkansas was very rural, and many families suffered losses and simply buried their family members in unmarked graves on their property.  Many poor, especially blacks, were buried in public gravesites, and their passings were not reported, and there was no one to t it too. The 1918 flu would go on to kill more people in one year than the Black Death did in a century.

Did You Know? The disease spread to rural areas of Arkansas, where many deaths likely went unreported. It cannot be determined how many rural residents died because of several factors: lack of medical care in isolated areas, no telephones or other means of communication, lack of literacy skills to record the deaths, and no cemetery records, since many were buried in unmarked graves in family burial grounds. Sometimes entire families, too weak to draw water or cook their food, died of the disease, thirst, or starvation. Country people, who were known for helping each other during illnesses, generally could not or would not help their neighbors in 1918 either from being too sick themselves or out of fear.

Race was also a factor in the high death rate. In response to pleas from Arkansas and elsewhere, one national medical publication stated, “No colored physicians available.” It was noted nationwide that there seemed to be a higher mortality rate among African Americans than whites, possibly because of a lack of medical care. The actual numbers probably went unrecorded in Arkansas as well as overseas, where one report stated that “a considerable number of American negroes…have contracted Spanish influenza and died in French hospitals.” It is not known how many a “considerable number” of the nameless dead might be. Nor is it known how many black sharecroppers on Arkansas plantations went untreated or died unrecorded. People with the best chance of survival were those who took to bed soon after the first symptoms, stayed in bed for several weeks, and had the best care. Across the nation, the poor died in more significant numbers than the rich, and Arkansas was probably no exception.

Back to the chores! To Ralph’s because today is chili day.  I need four pounds of pot roast and a load of spices plus some habanero/tomato sauce.  Perhaps I should have also acquired two quarts of ice cream, one to eat and one to sit on??

Our cleaning people are here today to they are taking care of the house while I went to the nursery.  I needed some squash, peppers, tomatillos, and other assorted goodies.  I plan to make the chili before I go to play golf and put it on low eat while Charlotte and I play nine holes.

Chili time!  I had NO idea what I was doing, but I did it anyway! I went to Sprouts Market because Ralph’s didn’t have any chuck for sale! Four pounds I found out is a lot of chuck! 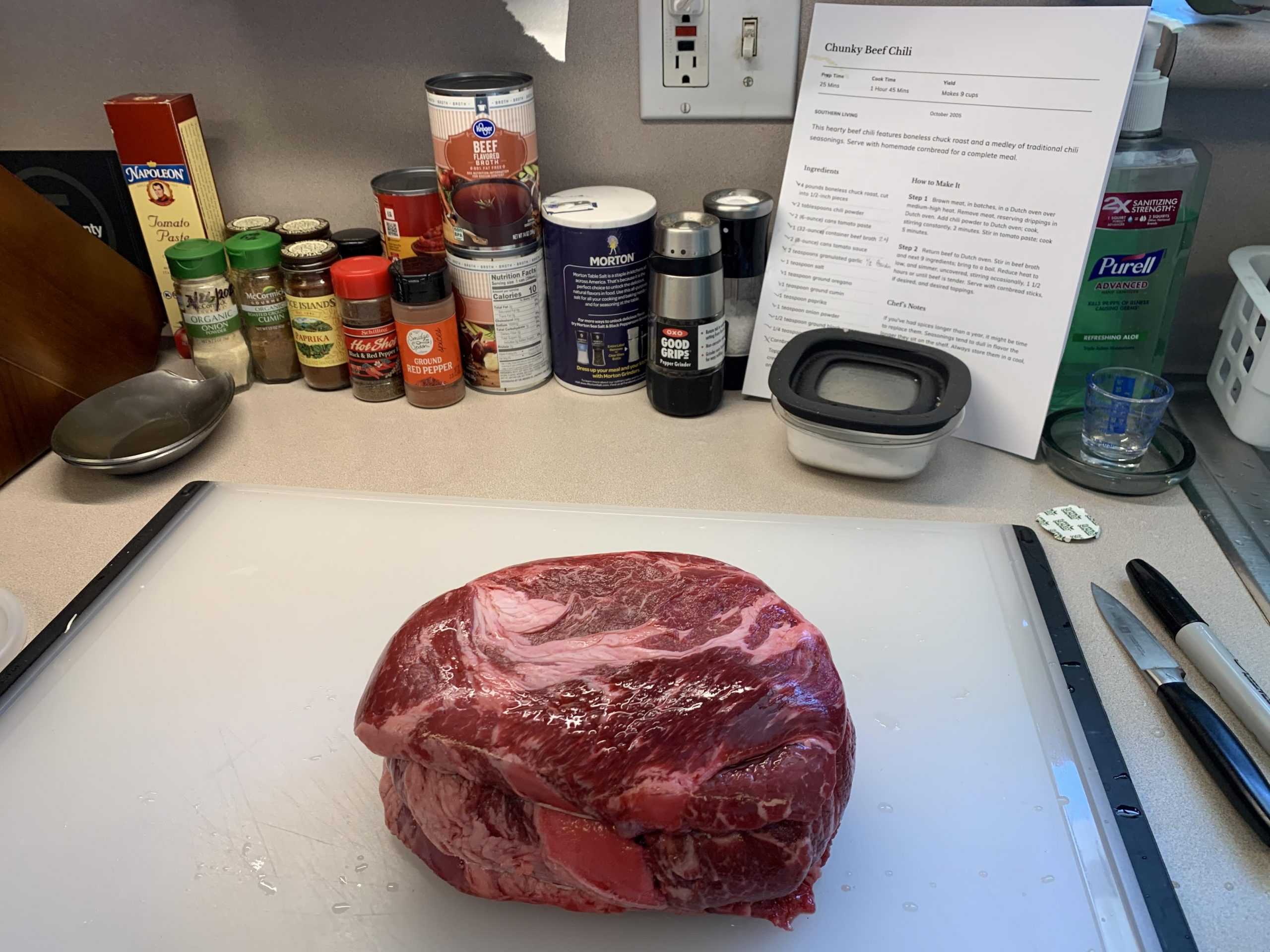 It all began with four pounds of chuck!

Into the pot for browning went the meat after I chopped it into one-inch cubes. Then I simply followed the recipe as best as I could.  Thank goodness for my mess-in-place skills. “Mise en place”  is a French culinary phrase which means “putting in place” or “everything in its place.” It refers to the setup required before cooking. It makes things so easy! 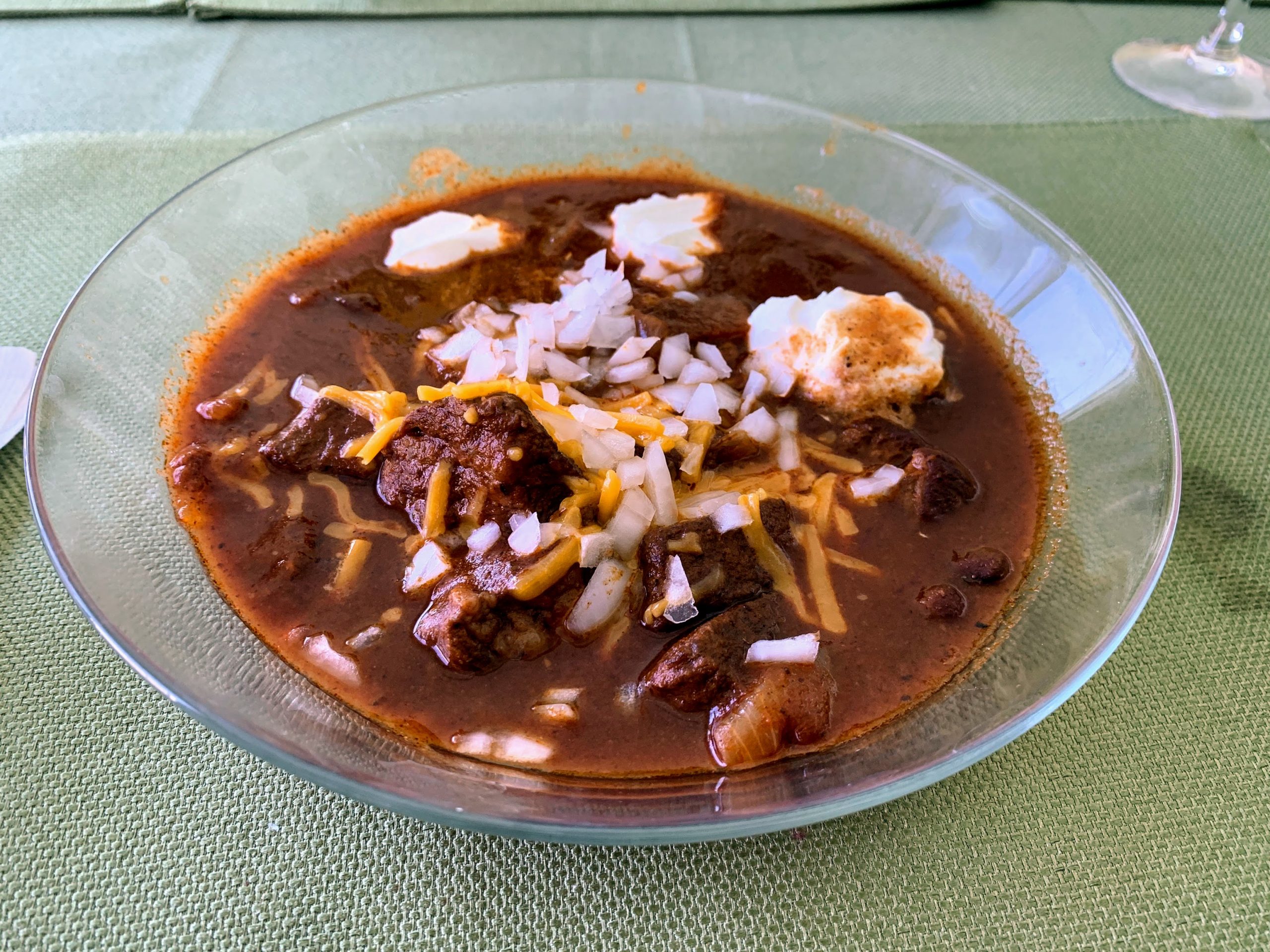 A little on the spicy side but heavenly. No dish for the faint of heart! The dollops of sour creme and cheese helped take the zing out of the dish!  Good groceries!

I had plenty remaining, but most of my friends do not do well with spicy foods, so I shall woof it down over the next few days!  It made my eyes water so I know it is good!

It was another beautiful day in the hood as I cleaned up from lunch and got ready to play a round, more exactly nine holes, of golf. 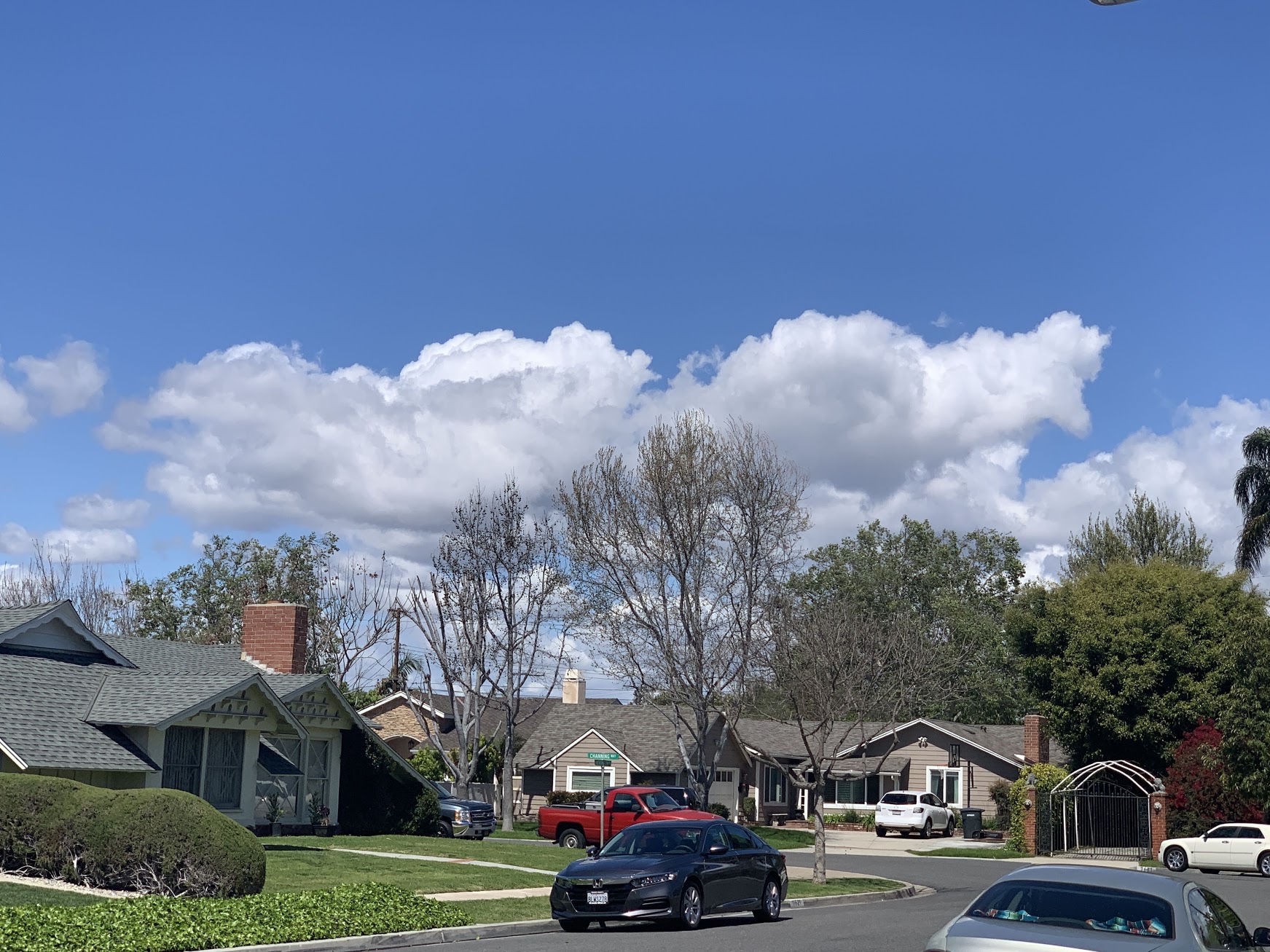 Into by golf costume, I went.  Now that I am 203, down twenty pounds, the shorts fit and the shirt does not make me look three months along! There are NO  no pictures of me as the white legs made me look like two toothpicks stuck in a slim eggplant. Even my dear golf buddy, Charlotte, remarked on my lack of color.  Being Norwegian, she is an expert on being white! That was a challenge, so shorts shall not we the uniform of the day until the golden brown color returns. 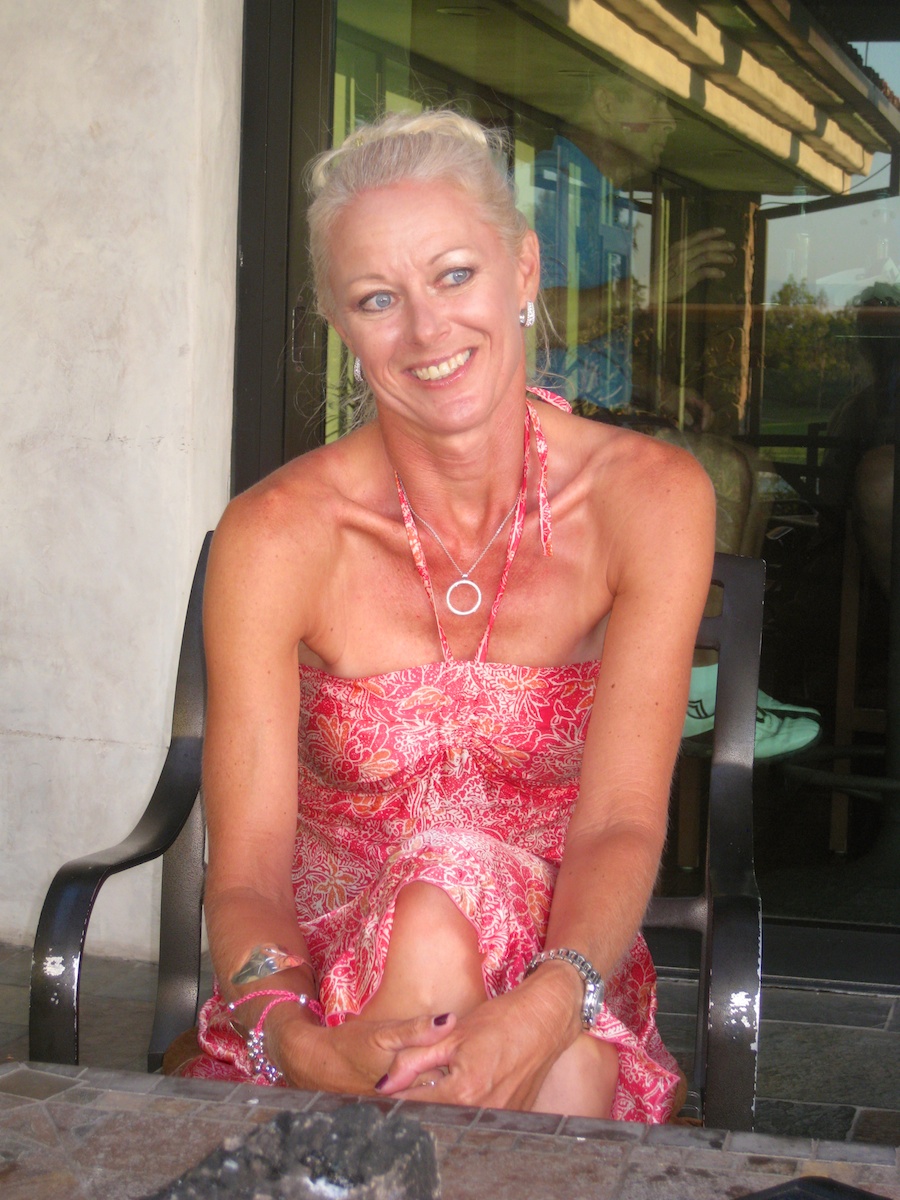 Oops, did I forget to mention she is quite beautiful?

Onto the first tee I stepped with great confidence and blasted that ball over the ladies tee and almost made it to the fairway!  Charlotte was a great instructor for me over the years and was responsible for me beginning to enjoy the game.  Sue, Charlotte and I played many times together.

Well, she said, in her most delicate voice, “Hey dummy!  Don’t hold the stick so hard and for Pete’s sake, don’t swing like you are trying to kill the ball!”.  That’s all I needed, a simple reminder!  The rest of the game went very well, I was on the green many times and could have made par.  My putting was a bit rusty; OK, rusty may be an understatement! 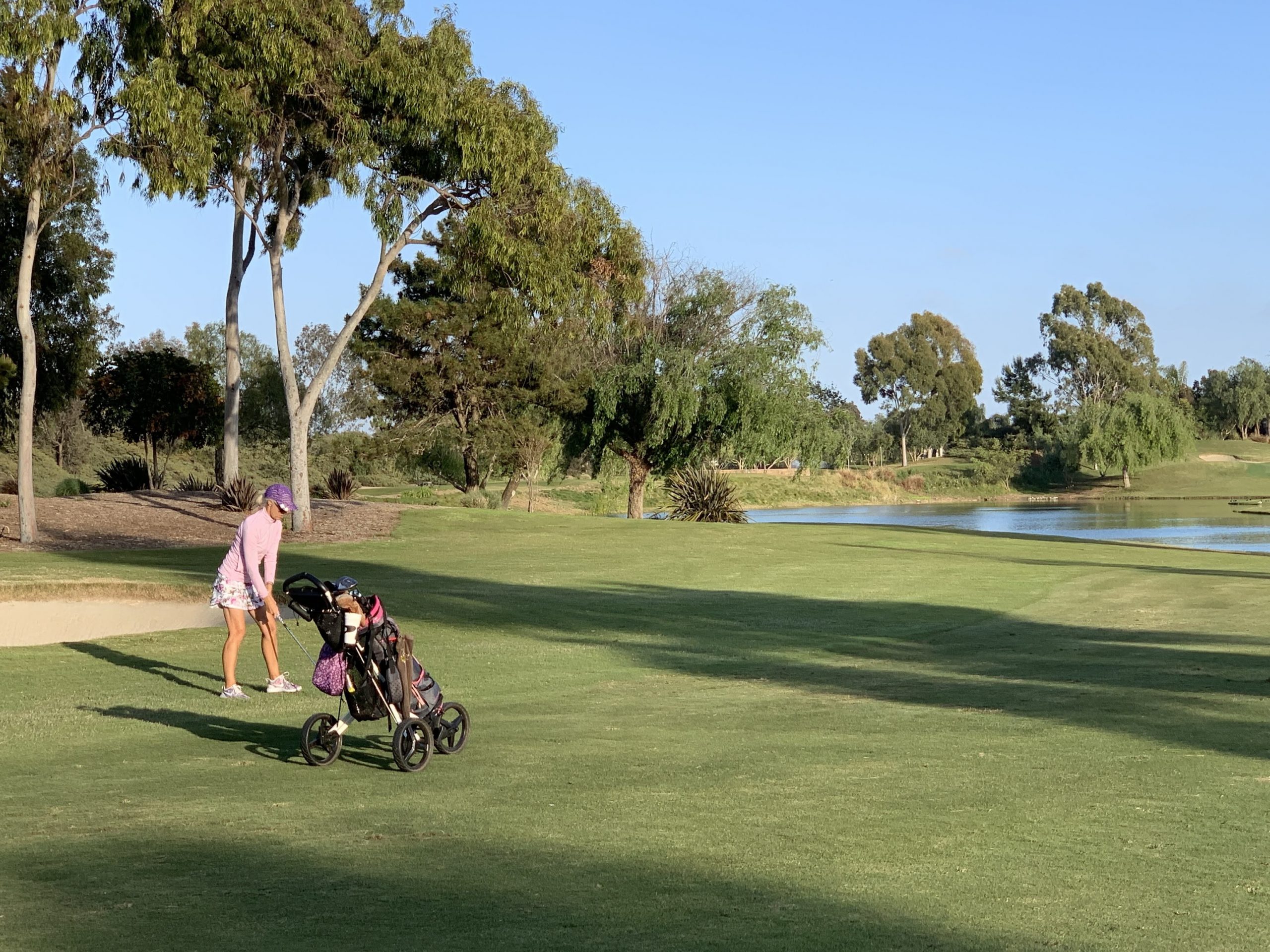 It was an excellent walk! Now you can tell I was actually on the fairway the whole time, and no great walks into the forested area. 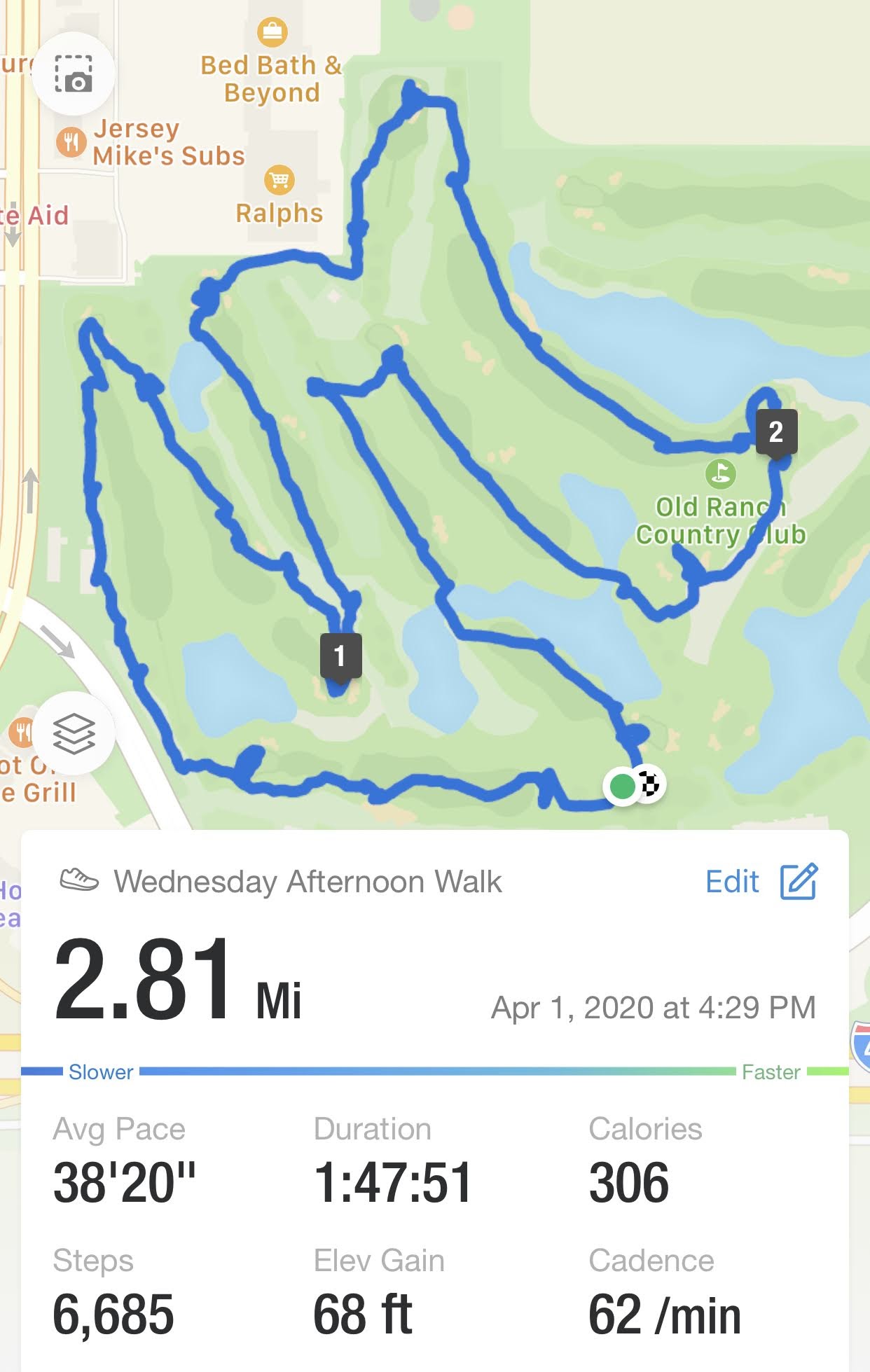 Almost a three-mile hike this afternoon, it felt good!

Coming home, I did not realize it was almost 7:00 PM and time for the evening chat with the family! We “chatted and chatted” for 45 minutes and then went about our ways! Jackie joined us tonight, so we all got an update on how the future mommy is doing.

Thank you, family, for making the day a good one!

The picture behind me (on the conference call) was taken on our trip to Alaska with the grandsons.  We took a helicopter ride on a glacier and explored it for quite a while. 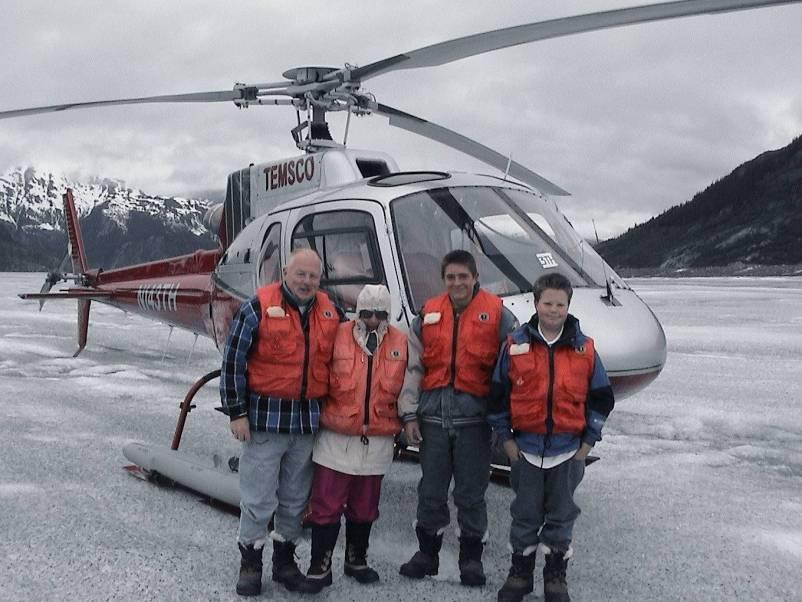 Sue loved those boys and even went into a freezing glacier, so they have a memorable adventure

After our phone call, I watched some TV (Anne With An E) and went to bed at about 10:00 PM.  The golf experience wore me out, but next week, it will be time for 18 holes I hope.

Just an old retired guy trying to finish out my last years on this planet. I lost my best friend and wife in early 2020. I was blessed again by reconnecting with Dr. Mary Côté, a long-time friend. Mary and I got married July 28th, 2021, and are enjoying life together and plan to spend the rest of our lives being a blessing to our friends and family.
View all posts by Paul →
This entry was posted in Adventures, Cooking, Family, Friends, Walking. Bookmark the permalink.