2017 looks so very good for our battered country… Finally an adult in the leadership role! Even though Paul was “sick” with the bronchitis, we went out to celebrate 2017!

Only a few more days with the children in charge… Something to be happy about! 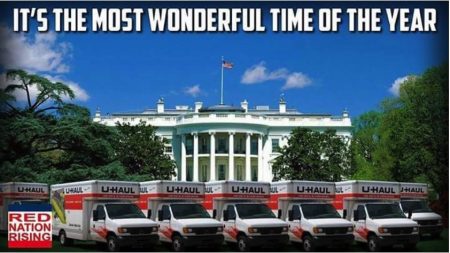 We rested most of the day and then headed to Santa Ana Elks Lodge to spend a couple of hours celebrating with the gang.  Paul had a hard time breathing so we did not last to midnight at the Elks.   10:30 PM was about it for this New Years! 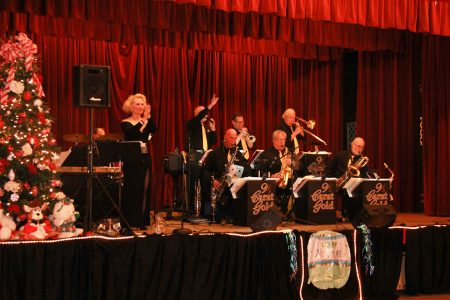 We had a wonderful dinner before departing at 10:30 PM.

The lobster was so juicy you could tear off chunks and eat it with your hands.  It was the best lobster Paul had ever had… ever!  The steak was so tender that a knife was not necessary and we are talking and inch-and-a-half think bacon wrapped delight! 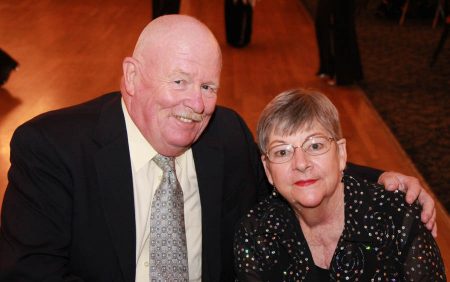 The gang sent us a photo at midnight and we got it as we watched the “rerun” of the ball dropping in New York.  We missed being there but it was better to be resting at home. 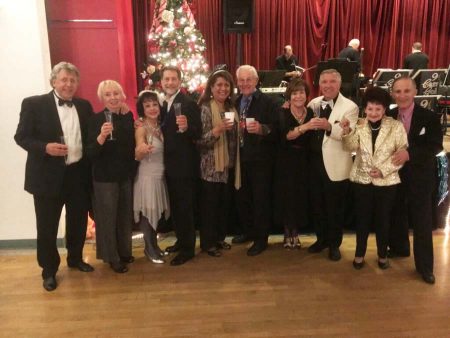 Everyone had a load of fun including the band who thought dinner was the best they had at any venue in recent history!

We crashed about 12:30 PM and got ready for another recovery day!

Just an old retired guy trying to finish out my last years on this planet. I lost my best friend and wife in early 2020. I am involved seriously with a long-time friend, Mary, and life goes on.
View all posts by Paul →
This entry was posted in Dancing, Food and Wine, Friends, Holidays and tagged Celebration, Elks Lodge, Friends, Wine. Bookmark the permalink.