We Are Here And There Today!

We have had our home in Santa Monica rented for many years and our Property Management Executive is known as “Susan”.  While knowing her on the phone, we had no idea who she was or what she looked like.  We decided to remedy that!  We asked her to lunch and we agreed on Himalayan food. It was amazing because we had dined at the same restaurant back in 2013 with Irene and her family.

Tara’s Himalayan Cuisine is about family. Serving authentic Nepalese and Tibetan cuisine, they invite you to experience a true taste of home.

They use mountain grown herbs and spices from Nepal and whenever possible, locally grown vegetables. The yak is Colorado raised.

All of their dishes use the finest ingredients, and are prepared with a light touch. Tara’s Himalayan Cuisine is the dream of Tara Gurung Black. Born in a tiny mountain village in Nepal, she started her training in Nepalese classical and cultural dance at age eight. This inspired Tara to theme the restaurant according to classical and cultural Nepalese tradition.

While Tara was performing one day in Los Angeles, she had an overwhelming desire to share her Nepali culture with the people of Los Angeles. That is how and why Tara’s Himalayan Cuisine came to be. 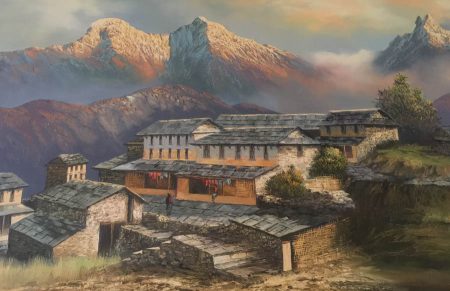 The decor was right out of Nepal and beautiful it is!

We got to the restaurant and cracked open a bottle on wine and studied the menu!  Based upon our own local Himalayan Grille, we knew what to order.  Paul, desiring a taste for something different, ordered the Yak Chili…  It was outstanding! 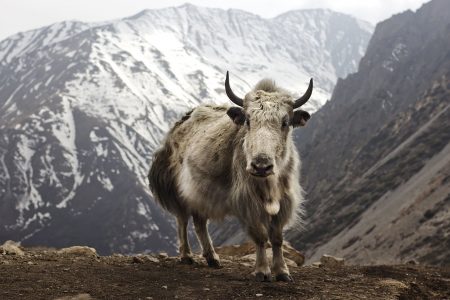 Come on for dinner

The chili was very spicy and made Paul’s eyes water…. Outstanding! 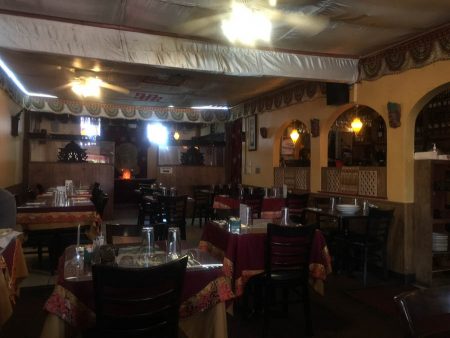 The insides were decorated everywhere complete with a soft material ceiling

The restaurant is on Venice Boulevard near Culver City which is a very busy street! 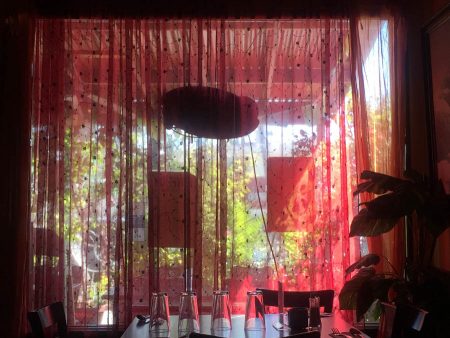 You could dine outside but alas it was so noisy

We were anxious to finally meet Susan and she came in right on schedule.  It was a delightful meeting.  We got to share stories and find out she is a dancer!  Dang!  We talked for quite a while! 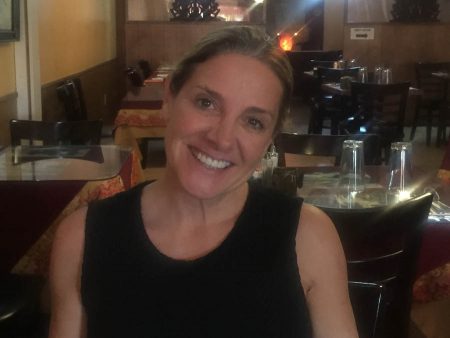 We finally met Susan and it was delightful to say the least!

After lunch we slowly went home (via the 405) and got ready to go  to the South Coast Repertory Theater to see “District Merchants” by Aaron Posner inspired by William Shakespeare’s The Merchant of Venice.

Gregor was with us so we stopped at the hotel lobby for some libation and something to drink!  On the way in we noticed the Christmas Tree was being put together… They bring parts of trees in a large pile and trim/mount the branches so as to made a very tall but narrow tree! 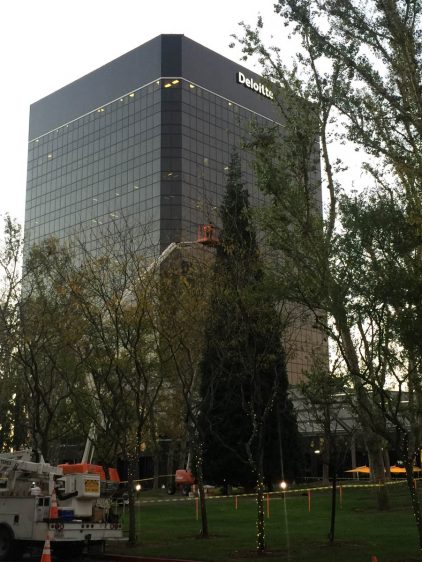 After a glass of wine, we exited only to see the top quarter of the tree lit up. 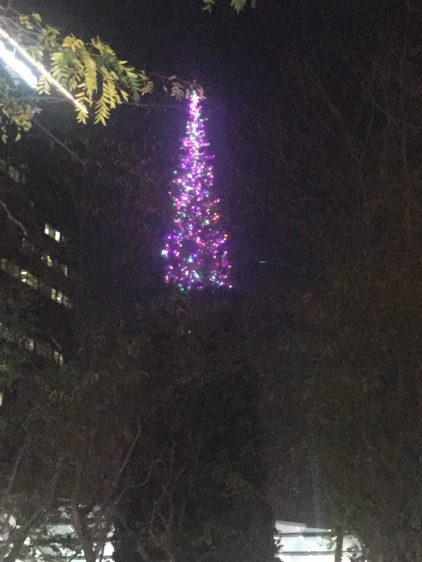 On our way out of the hotel lobby, part of the tree was already lit!

To the playhouse!  All we could say was “Wow!!!”.  The play was outstanding… One of the best we have seen on second stage!

With audacious humor and bold inventiveness, Aaron Posner (SCR’s The Tempest) takes The Merchant of Venice from its Shakespearean setting to post-Civil War Washington, D.C., with hints at life in America today. In the complex and contradictory worlds of  blacks, whites, Jews and Christians, money changes hands with dangerously high stakes, philanthropic acts mask blatant opportunism and would-be lovers hide—and then uncover—their differences. While love gets a chance, does hope remain for a just and kind tomorrow?

We headed for home to watch three Star Trek Enterprise episodes.  We finally crashed at 12:45.

Episode 4: Enterprise encounters a new world much like Earth. A small crew stays on the surface overnight to continue researching the planet. During the night, a violently windy storm brews and forces the crew into a local cave. In the cave, however, the crew members believe they are not alone.

Episode 5:  A ship feeding off Enterprise’s warp field is exposed after the crew ignites the plasma exhaust. Commander Tucker takes a trip to the ship to help them repair their warp drive. After his return to Enterprise, he learns that he is pseudo-pregnant.

Episode 6: Enterprise learns the fate of a human colony not heard from for 70 years. When the crew arrives, they discover unexplained radiation at the site of the colony. Understanding that radiation levels 70 years ago would have been lethal, however, they find people still there and living underground.

Just an old retired guy trying to finish out my last years on this planet. I lost my best friend and wife in early 2020. I was blessed again by reconnecting with Dr. Mary Côté, a long-time friend. Mary and I got married July 28th, 2021, and are enjoying life together and plan to spend the rest of our lives being a blessing to our friends and family.
View all posts by Paul →
This entry was posted in Food and Wine, Friends, Fun, Theater and tagged Dining Out, Friends, South Coast Rep, Theater. Bookmark the permalink.