Work All Day – Dance All Night

Paul got up at 6:45 and went to Old Ranch to meet up with the Burns family.  Susie and Oden were in with Loki so we had a breakfast burritos and champagne from the snack shack!

While returning home Paul spotted a LARGE crane lumbering down the street towards our house.  While working in the yard, the crane popped it head up and it was tall and on the next street.

Sue went to the hand therapist and on the way home we tried to see what it was up to but the streets were blocked off.

After working in the front yard for a while, curiosity got the better of Paul and he walked over to the next block!  Edison was replacing rotten power poles!  There were several large trucks assisting the effort.

Southern California Edison (SCE) routinely inspects, repairs and upgrades almost 1.5 million utility poles and the thousands of electrical components on these distribution structures throughout its service territory. According to SCE: “Over the last few decades, more and more devices have been installed on poles with the various advances in technology and the way people now communicate,” said Trainor. “From phone lines to cable TV, to the Internet and now wireless service, some of the poles are carrying a heavier load so assessing, planning and remediating poles that do not meet today’s safety code is crucial.” 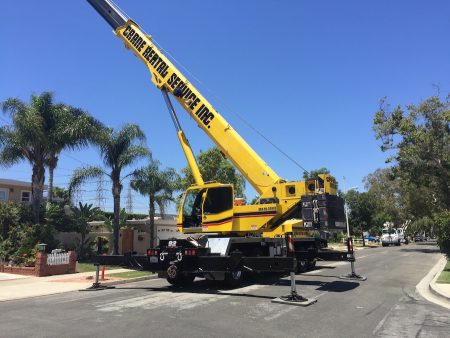 It did block the street

Paul asked one of the workers several questions about the process and the answers were very interesting! Did you know there was a SoCal Joint Pole Committee?  The Joint Pole Committee is made up of a group of member representatives of utilities, communications, and municipalities in Southern California who hold joint equity interest in utility poles. Established by telephone, electricity and railroad companies, the Committee has existed since October 10, 1906. It was formed as a result of the need to limit the number of poles in the field and to create a uniform procedure for recording ownership of poles. 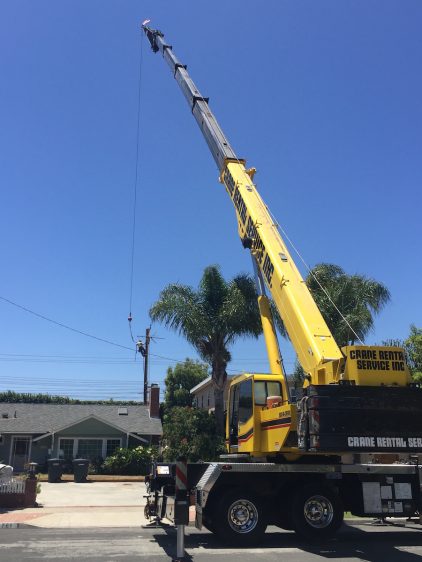 There was a definite bend on the crane as it took on various loads!  The crane operator was outstanding.  He put the hook in the hands of the lineman at 150 feet away! 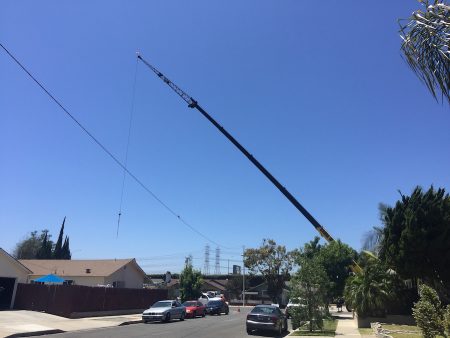 What a reach! Amazing!

Paul continued working in the yard while Sue made homemade applesauce directly from our trees!  Delicious!

We got cleaned up and headed to the Garden Grove Elks for an evening of dancing and dining!  Great fun!

Just an old retired guy trying to finish out my last years on this planet. I lost my best friend and wife in early 2020. I was blessed again by reconnecting with Dr. Mary Côté, a long-time friend. Mary and I got married July 28th, 2021, and are enjoying life together and plan to spend the rest of our lives being a blessing to our friends and family.
View all posts by Paul →
This entry was posted in Dancing, Food and Wine, Fun and tagged Dancing, Dining Out, Elks Lodge, Friends, Old Ranch, Vegetable Gardening. Bookmark the permalink.