As many know, Sue has been having severe pains in the back for a year and other doctors/specialists could not determine the reason.  We went to out cardio doctor and asked for a suggested new back specialist.  Doctor Yuan was suggested and after a CT scan he saw a good reason for the pain… Several of the screws in the upper back were loose and poking into the spinal column and hitting the spinal cord!  Those screws had to go! A week later we scheduled surgery! 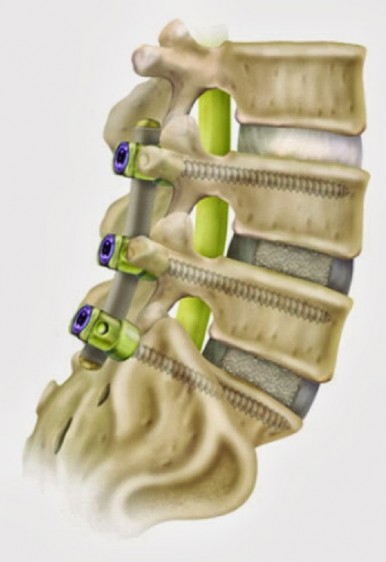 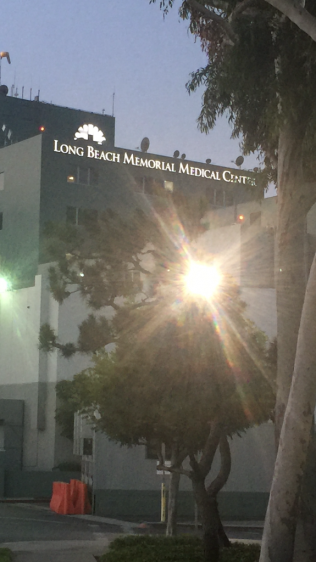 It was just getting light when we arrived

Check-in was pretty easy but parking was “interesting” at best.  A few minutes after arriving the text messages began to come in with best wishes.  Greg showed up and sat with Paul for a while.  Soon after Irene joined us.  Sue was called into the pre-op and all went well but then the doctor was asked to “assist” with an emergency so we were an hour late getting started. 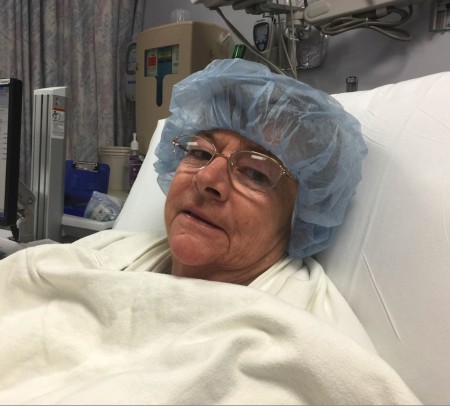 They do not allow lipstick in the OR! Sue’s only question was “When can I go home?” 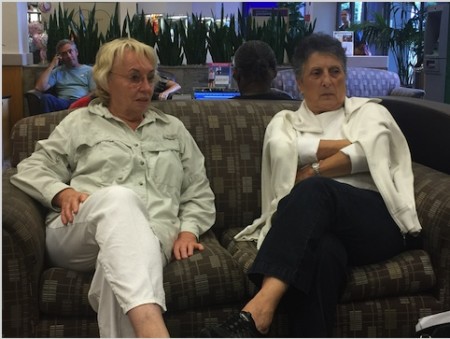 It’s wonderful to have friends and family that care! 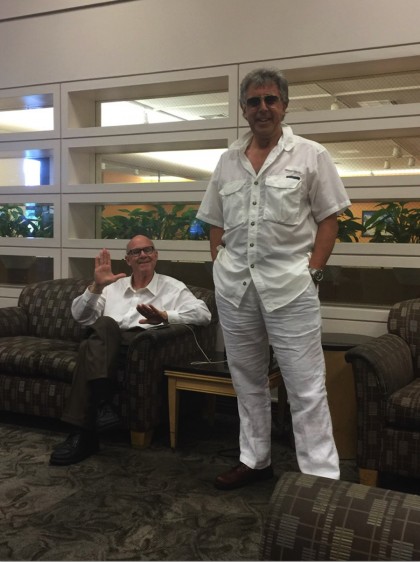 Crazy Greg and Brian also supervised Paul during the day!

The camera is always around! 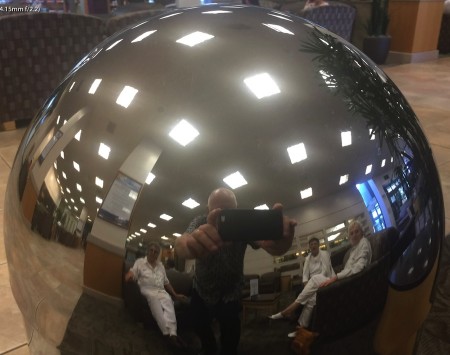 The doctor came out and we all jumped up!  He said he removed seven screws and some of them could by pulled out by hand!  Sue went through everything like a trooper and would soon be in recovery!  She was in recovery for several hours awaiting a room!

Greg had departed to help David and Jan and Brian needed to miss the late afternoon traffic!

Sue got to the room about 5:00 and Irene and Paul visited.

When Paul got home he knew our dear friends and neighbors Vicky and Del had been there because we had a blue candle in our walkway… Prayers for Sue and the Doctor and his staff! 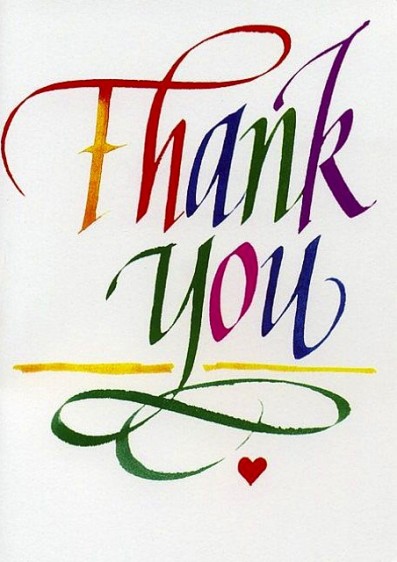 Thank you friends and family for all the wishes and prayers

Just an old retired guy trying to finish out my last years on this planet loving my best friend and wife, having fun, learning, and passing on helpful things to others.
View all posts by Paul →
This entry was posted in Family, Friends, Fun and tagged Doctors, Family, Friends. Bookmark the permalink.
Powered by Maribol IMDB Plugin