We began the day with “wine tasting” so it can’t all be bad!  We went to the Garden Grove Elks with Donna and Bob which even made it better.  We stayed about an hour before zooming out to the Cerritos Center for Performing Arts! 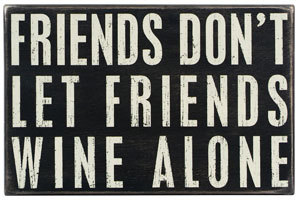 We wine together just right!

We arrived just in time to see the New Cristie Minstrals and what a show they put on.  The New Christy Minstrels are an American folk music group founded by Randy Sparks in 1961.

They recorded over 20 albums and had several hits, including “Green, Green”, “Saturday Night” and “Everybody Loves Saturday Night” (two different songs), “Today”, “Denver”, and “This Land Is Your Land”.   Their 1962 debut album, Presenting The New Christy Minstrels won a Grammy Award and sat in the Billboard charts for two years.

The group sold millions of records and were in demand at concerts and on television shows.They also launched the musical careers of several musicians, including Kenny Rogers, Larry Ramos, Gene Clark, Kim Carnes, and Barry McGuire.

Two hours of guitars, singing and comedy.  Excellent!  We met up with Leon and Marcia and had great seats right down front!  When the show was over at 5:15 we taxied out to the runway and headed south to go to the Seniors Prom! 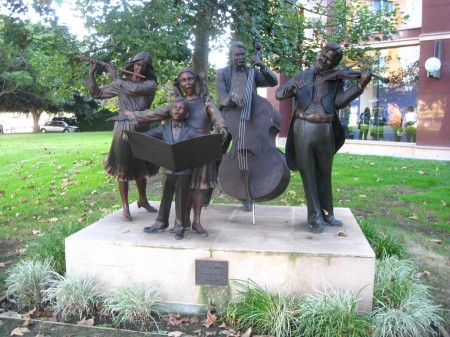 We are ready for an afternoon of great music!

We met the rest of the gang at the Seniors Prom!  It was held at the Irvine Marriott and had at least 400 people in attendance.  Johnny Vanna’s big band was there… Every member of this big band played with one or another of the original big bands.  Great sounds and fun! 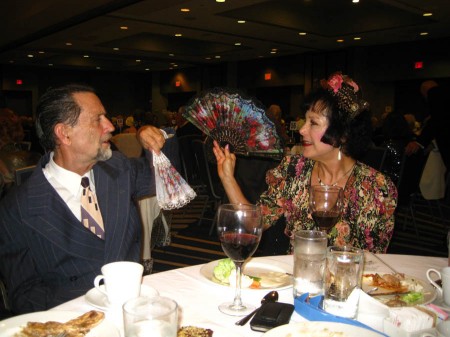 No kids… Behave! You can share the paper fans! 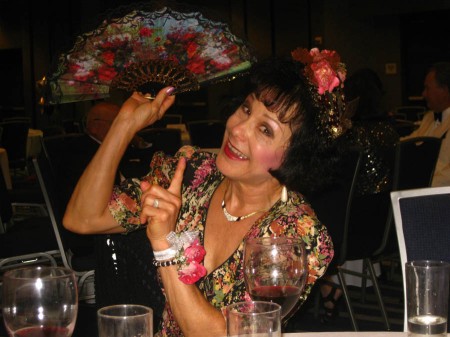 Just an old retired guy trying to finish out my last years on this planet. I lost my best friend and wife in early 2020. I was blessed again by reconnecting with Dr. Mary Côté, a long-time friend. Mary and I got married July 28th, 2021, and are enjoying life together and plan to spend the rest of our lives being a blessing to our friends and family.
View all posts by Paul →
This entry was posted in Dancing, Food and Wine, Friends, Fun, Theater and tagged Big Bands, CCPA, Elks Lodge, Friends, Special Events, Wine. Bookmark the permalink.