Back To The Garden And More Cooking

We have so much in the garden we had to find a day free from retirement to go to work in the garden and in the kitchen! So, today it was stuffed peppers! Join us cooking veggie goodies! 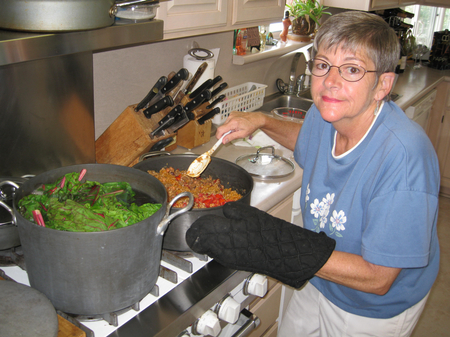 Chard (Beta vulgaris var. cicla), also known by the common names Swiss Chard, Silverbeet, Perpetual Spinach, Spinach Beet, Crab Beet, Seakale Beet and Mangold, is a leafy vegetable and a Beta vulgaris subsp. maritima. While the leaves are eaten, it is in the same species as the garden beet (beetroot), which is grown primarily for its edible roots.

The word Swiss was used to distinguish chard from French spinach varieties by 19th century seed catalog publishers. The chard is very popular among Mediterranean cooks. The first varieties have been traced back to Sicily.

After the chard is cooked, she turns her talents toward stuffed bell peppers and Anaheim chilies.  Using a secret recipe, she creates the best vegetarian stuffed spicy peppers in the world! 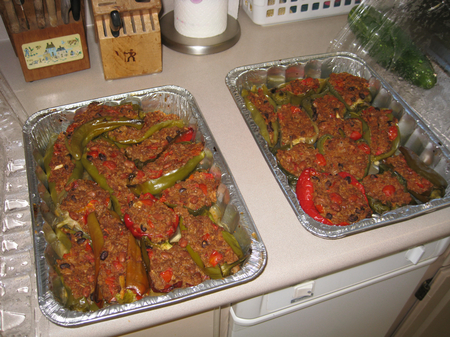 Summer in a pan!

Just an old retired guy trying to finish out my last years on this planet loving my best friend and wife, having fun, learning, and passing on helpful things to others.
View all posts by Paul →
This entry was posted in Gardening and tagged Cooking, Vegetable Gardening. Bookmark the permalink.

1 Response to Back To The Garden And More Cooking