The Day After Thanksgiving!

Fact: There are four towns in the United States named “Turkey.” They can be found in Arizona, Texas, Louisiana, and North Carolina.

We stayed home and attempted to get better, but Mary’s flu seemed to be getting worse.  Tomorrow we will COVID test her.  We had our coffee and then went for a stroll in the garden!  We made it back inside before Scout! 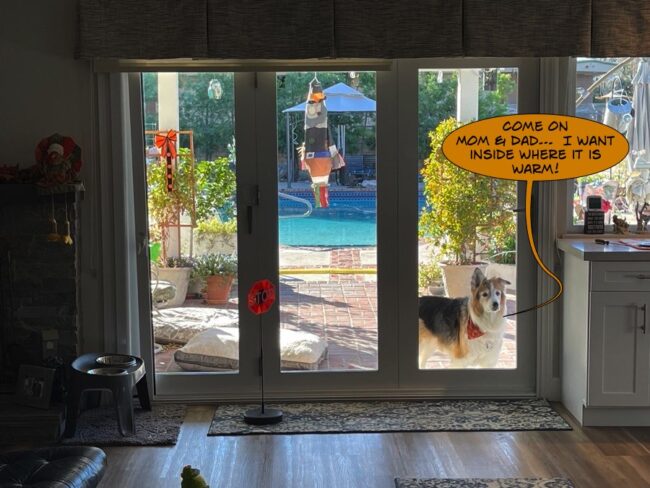 Does da baby want in?

The cabbage is coming on strong, and we expect the head to begin to form in another week.  They will be a foot in diameter by February and ready for corned beef and cabbage.  I wonder if Mary would allow me to buy a calf to raise in the south forty? 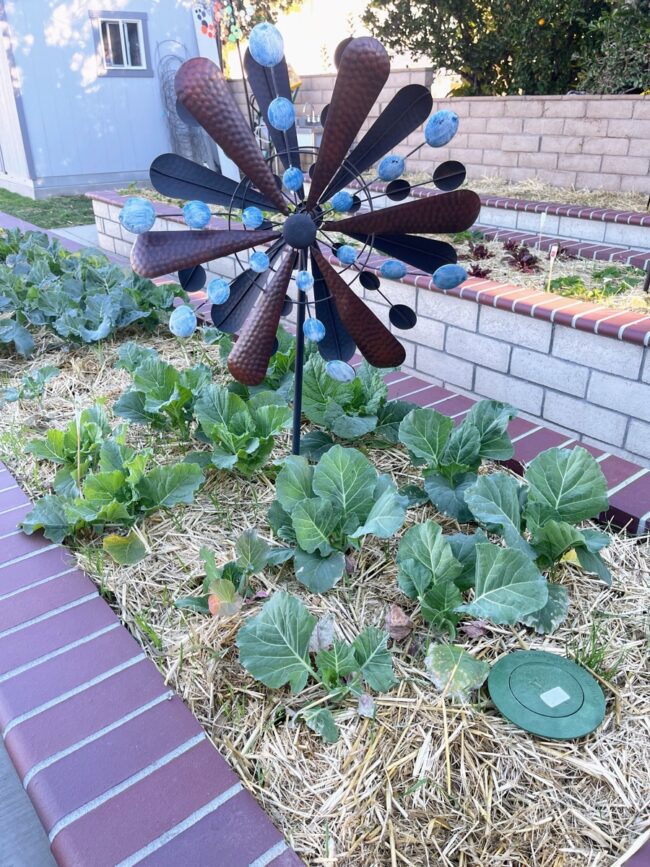 Things are growing up nicely.

By March, everything on the plate except the beef (unless Mary allows me to get a cow) will be from our garden! 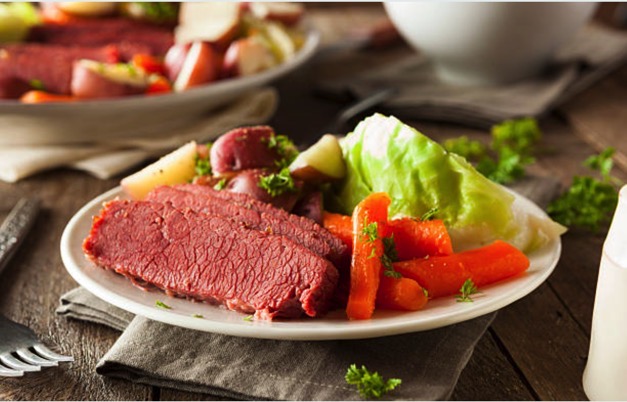 The Savoy collage is delicious!  Savoy cabbage is a winter vegetable and one of several cabbage varieties.  It is thought to originate from England and the Netherlands.  In the 18th century, it was introduced into Germany as “Savoyer Kohl.”  It is named after the Savoy Region in France. 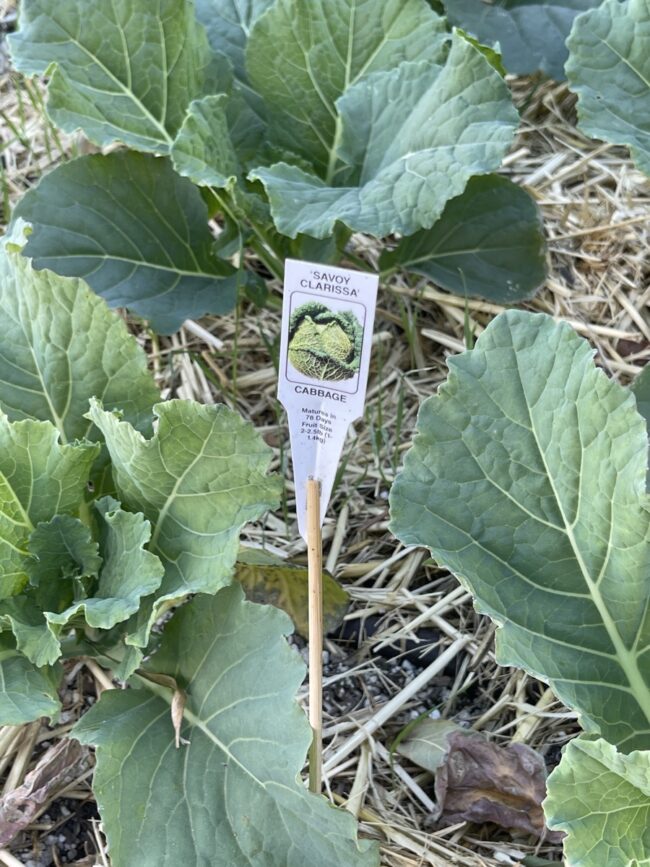 We are getting ready for St. Patrick’s Day dinner!

We heard the doorbell and expected the kids, but the daily visit from Mr. Amazon brought us an experiment!    OK, Joe, you suggested it, where are you?  We were tired of hanging lights every year and having to change them out for the holidays.  If this works as advertised, we can change colors for every holiday, and they stay up year-round, invisible to the passersby! 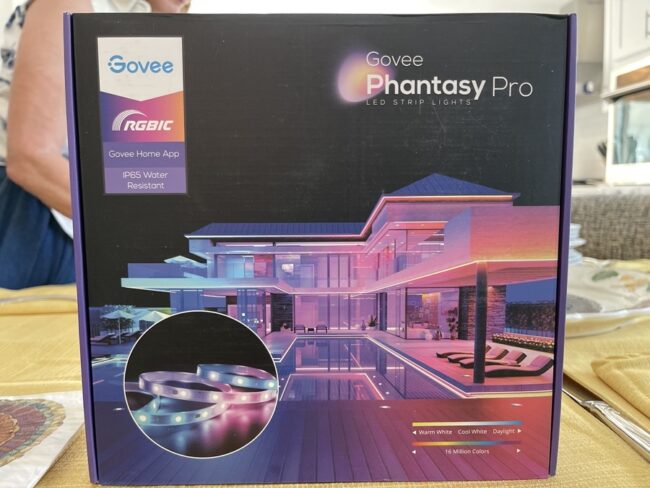 We expected the kids to do a fly-by as they wanted to bring us apple sauce and two more VOCID test kits.  They came by about 11:00 AM, and we went outside to the garden to visit where it would be safe.

We visited the backyard south forty and talked to the veggies. 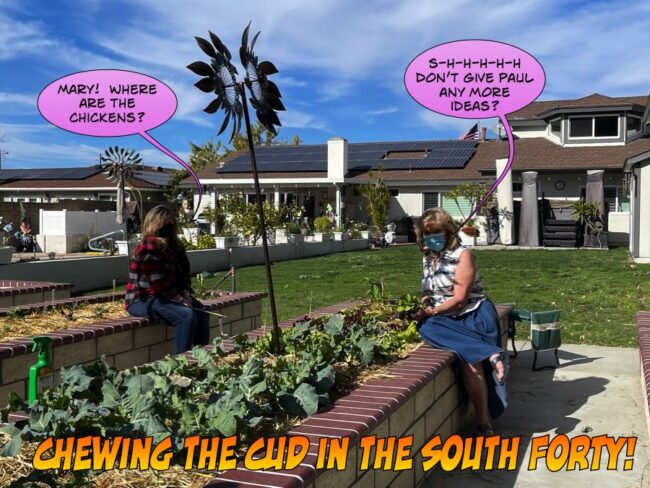 We were visiting the farm!

On their way out, we gave Bob his birthday present; notice the tongs Mary was using to prevent the passing of germs. 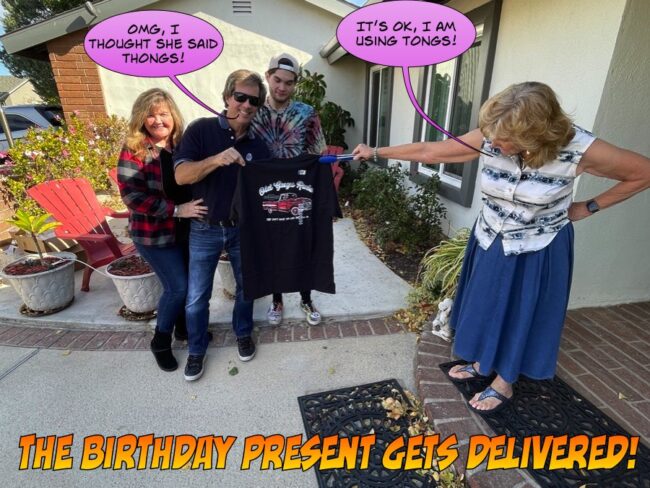 The kids head to Disneyland.

After they departed, we selected a new TV series (by accident) and binge-watched all eight episodes of The Terminal List.  Outstanding!

We got a call from the kids at about 8:00 PM, and they have arranged a Christmas get-together on the 26th with our favorite bartenders from Catal and their families at our home. 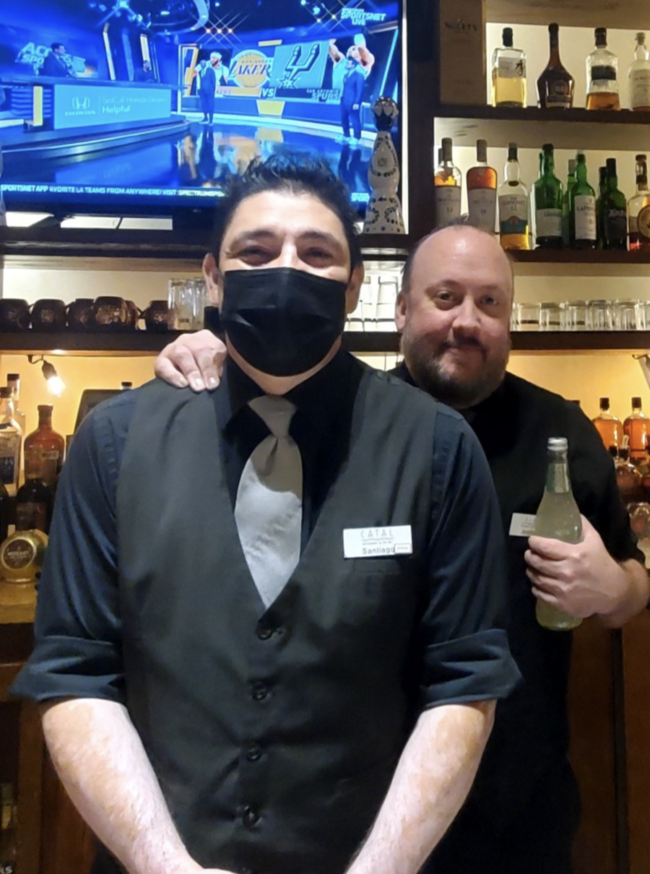 Meet Santiago; I have known him for many years!

Ready for a Santiago joke?  “A chicken walks into a bar.  The bartender says, “We don’t serve poultry!” The chicken says, “That’s OK, and I want a drink.”

At episode four, we stopped, and Mary made the most delicious turkey sandwich I ever had.  I have no idea what she did, but it was better than turkey dinner; next year, we will bypass the turkey and go directly for the turkey sandwiches.  We did a bottle and a half of wine over the seven hours of binge-watching activities.

The series follows Lieutenant Commander James Reece after his platoon of Navy SEALs is ambushed while on a covert mission.  Reece returns home to his family with conflicting memories of the event and questions about his culpability.  As new evidence emerges, Reece discovers dark forces working against him, endangering not only his life but also the lives of those he loves. 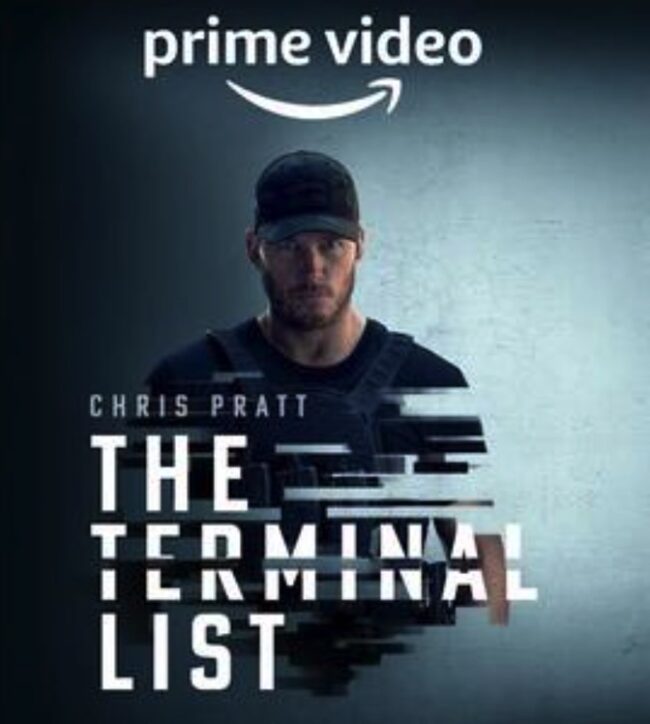 Just an old retired guy trying to finish out my last years on this planet. I lost my best friend and wife in early 2020. I was blessed again by reconnecting with Dr. Mary Côté, a long-time friend. Mary and I got married July 28th, 2021, and are enjoying life together and plan to spend the rest of our lives being a blessing to our friends and family.
View all posts by Paul →
This entry was posted in 2022 Vegetable Garden, Family, Gardening. Bookmark the permalink.